The Elders of the Internet are displeased with Nintendo

5:13 PM on 07.25.2013 (server time)    0
Nintendo sometimes strikes me as a company that is either afraid or confused by the internet, they've proven themselves to be slow on the uptake when it comes to the latest online features and trends. But as many have said before sometimes Nintendo's complete obliviousness to such things have allowed them success, after all the vast majority of people buying Wii's weren't doing so for the vast networking online features.

However outside of their consoles and woeful online features they've gained themselves a bit of a bad image of late, with knuckling down on Let's Play videos and then trying to block Super Smash Bros Melee from being streamed for EVO it's hard not to think they just don't quite get it.

But then today Masahiro Sakurai, creator behind the upcoming Super Smash Bros Wii-U and 3DS games did an interview with Famitsu revealing the future titles won't be utilizing cut-scenes like their predecessor 'Super Smash Bros Brawl' did, all because they end up 'online'. 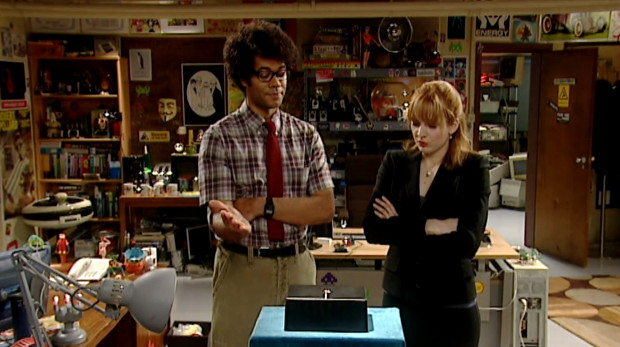 To me this speaks to the worry I hold with Nintendo and their attitude with the internet. They just don't seem to quite get it and that's leading to them really screwing over their fans who I imagine a large portion of which interact online.

They may be able to get by with their consoles and handhelds being behind online wise but when it comes to the internet its self and its community's, well I think the last few months have proven not to fucking mess around with them too much. EA may have gotten way with Sim Citys un-necessary Always Online DRM, but when Microsoft tried to pull the same thing on a much larger scale they got absolutely pummeled for it, something that Sony didn't go without noticing and smartly capitalized upon whilst they could. If Nintendo aren't careful soon enough a company could capitalize just like Sony did on their bad moves and leave a stigma that could hurt them in the long run.

I'm sick of them treating the internet as if it does nothing but bad things for them, yes piracy clung onto DS like an aggressive case of influenza but damning the entirety of the internet just makes no sense. The amount of free marketing you get from these videos online is insane, you have people literally working for you unpaid as they help spread the word to their audiences who will then go onto spread the word to their friends and family alike, you absolutely positively win with people uploading videos of your games in my mind. Which I'm totally not just saying because I upload footage of games myself, NOTHING FISHY GOING ON HERE GUYS!

But in all seriousness I can do nothing but get on my knees and pray to Iwata who's crucified on a cross made of wii-motes to forgive us for our Let's Playing and Youtube sins and begin embracing what the internet can do for them. They must understand it in some sort of capacity otherwise they wouldn't have started doing Nintendo Directs, streaming videos containing news regarding their upcoming games then uploading it as a video later on, THAT'S A GOD DAMN GOOD IDEA RIGHT THERE!�

Nintendo Directs are like little events now for many of us and build excitement, they must then have some vague understanding of how the internet can help you win at life! But trying to win at life with the internet by yourself will never happen, you've got to let in those who love you Nintendo, yes even those who upload videos and talk what they did today at work, embrace those people as well. Because we're lovers, if you treat us well then we're sure to do the same in return!
#General-Opinion/Editorial
Login to vote this up!