It's time me and Pokemon got a Divorce!

9:49 PM on 10.13.2012 (server time)    0
Childhood is a part of life everyone often fondly looks back upon along as well as wishing to re-live those years. It's easy to see why, when you're a kid the world is still big, shiny, mysterious, fresh and unpredictable, it's an age where it's entirely plausible there's a secret portal to a parallel world under your floorboards or that a blue boxed spaceship could crash into your garden at any moment. As a child I was firmly sure that Dragons existed despite there not being a wealth of evidence to suggest so, the fact that they look bad ass and breathe fire was enough evidence for me. Just seeing what I thought to be a glimmer of a Dragon's tail once managed to set me off into extreme amounts of joy and excitement, looking back now it was probably just the tail end of a Kite that I saw but the point still remains!

So growing up is sort of like a really boring, dull and melodramatic tragic event, the world loses a bit of its colour and charm and you begin to stop enjoying the things you once enjoyed no matter how hard you try to continue or replicate certain joys and experiences. For me one of the great tragic losses was my love for the Pokemon series, to this day I still vividly remember the very moment of my introduction to Pokemon. There I was in school during show and tell in which one of my classmates showed off his Pokemon cards. This began some huge chain reaction within the classroom as everyone was immediately amazed by them, bits of card with a cool looking creatures on it? SIGN ME UP! Before I knew it Pokemon was everywhere much to the horror of my poor mum's suffering wallet. 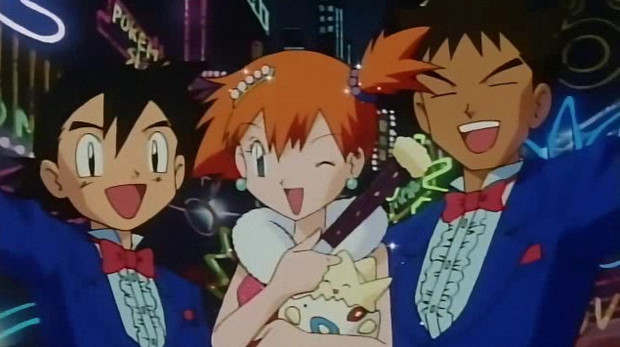 Honestly I'm not even sure, maybe I should just make peace with the fact that the franchise no longer appeals to me like it does for so many other people, and hey all in all that's ok, I'm not mad at Nintendo about this, I'm mad at myself! Maybe I should stop expecting that same spark I once felt as a kid and just go into these games expecting a decent time. It's no longer going to be that special experience I wish it to be and there's not really anything I can do about that but I shouldn't let that get in the way of any potential enjoyment I can still get out of the series, right?

I do kind of hope that Nintendo do something crazy new with the inevitable 3DS Pokemon game, perhaps even propelling the series into full 3D graphics? I'd just love to see them go all out nuts with the next one, maybe even have the next entry on the Wii-U? For now though I'm going to fully distance myself from the series and give myself some time away from it, I won't be picking up Black/White 2 and I'll hopefully also put off future releases for a while. Then maybe one day I can come back to the series and fall in love once again, either that or I can wait for Nintendo to get off its ass and put the god damn original Gameboy colour and advanced games on the 3DS E-Shop, HURRY UP GOD DAMN IT! IWATA YOU PRICK STOP SCRATCHING YOUR FUCKING ASS AND PUT POKEMON RED, BLUE, SILVER, GOLD, RUBY AND SAPPHIRE ON THE E-SHOP YOU BURPING NIPPLE NIBBLING IDIOT!

(edit apologies for the accidental self fapping, bleh.)
Login to vote this up!