5:03 PM on 11.13.2012 (server time)    0
So Skyfall came out recently and having loved it so much the first time I decided to see it a second time last Tuesday. Being a huge lover of Casino Royale and a huge hater for the bowl of faeces and puke that is Quantum of Solace I was pleased to leave the cinema satisfied, giddy and full of thoughts! But then a certain thought became apparent to me, why hasn't there been an earth shatteringly insanely awesome James Bond game?

For some this might be Goldeneye but I can't speak to that due to having small vague memories about it from my childhood. To me I compare the idea to the Batman Arkham games, before Arkham Asylum came out Batman games weren't much to talk about, but then a Developer came along bursting with creativity and love for the franchises mythology and BOOM! We then got two of this generations best games and two of the best Batman games ever. To me this proves no matter what the previous history you can still milk gold out of the teats of an ancient cow and James Bond should be no different.

The series is sort of like a smartphone in that it has a stupid amount of functions, it has drama, tension, thrills, action, romance, terror, suspense, humour, campiness and even balls being whipped. Whether you're a hardcore fan or indifferent to the series they at least have something no matter how small for everyone. Then it hit me, the perfect candidate to take hold of such an ambitious video game project, a man who certainly has a license to thrill, a man who knows to never say never to Metal Gear, a man who comes from Japan with love. Incredibly awful jokes aside the man I speak of is of course Hideo Kojima.

To me there is no more suitable person to take on James Bond and there's no one more suitable than myself to tell you why this is a fact. After all I am British and I'm constantly doing all the coitus to the ladies, driving all those radical bodacious cars and killing the bad foreign men who dare oppose my beloved majesty the Queen. So sit back dear reader since this post is forever for your eyes only. 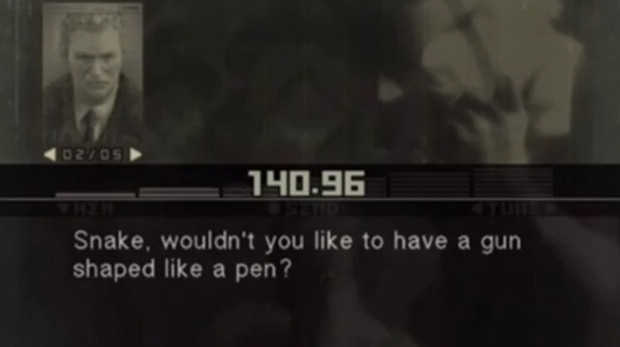 So there you have it, 007 contrived messy reasons as to why Kojima should definitely make a Bond game, I've never been so sure of something in my life before, probably. I want to see a developer and publisher that can properly and efficiently produce a 007 game, we hardly need to worry about following existing novel or movie plots, they simply need to follow what Skyfall did. Take various parts, pieces and aspects from the mythology and re-work them for the current age to bring us something new and unlike something we've never seen the likes of which before.

If not that then at least give Ground Zeroes an opening title sequence, FOR THE LOVE OF GOD PLEASE I WANT SOMEONE TO SING ABOUT GROUNDS AND ZEROES! Do it for me Kojima, do it for Christmas, after all it only comes once a year.
Login to vote this up!