How do you even talk about Oddworld? Like, how do you even introduce it to an audience? It seems impossible to properly explain it to anyone without simply confusing them. This is probably why these games seem to be destined to only achieve semi-popularity at best, which is a shame, considering their impressive ambition.

But seriously, people have tried, and it's never been easy. Some describe them the same way they would describe Mario, or Sonic, or Spyro, as a series of nostalgic platformers from the 80's and 90's, without considering the huge difference in tone and content between those games and Oddworld. On the other side of the fence, there are those who revel in the darker, grittier and more serious aspects of the series, forgetting that the comedy is a significant part of its overall personality (as well as the fact that it has a fart button). Others do a better job of it. I like how Dtoid member Benny Disco describes the games as the punk rock of gaming, due to their heavy criticism of society. Then there's the increasingly popular Youtube reviewer/entertainer Caddicarus, who reviews one of the games by simply trying to sum up all the different aspects of it, many as there are. Still, I think it takes more than words and sentences to give a newcomer any idea of what exactly Oddworld is. It's the only franchise I can think of that I'd say you really need to see for yourself in order to believe.

It just so happens that the first two of these games, Abe's Oddysee and Abe's Exoddus, have a special place in my heart, and here's why... 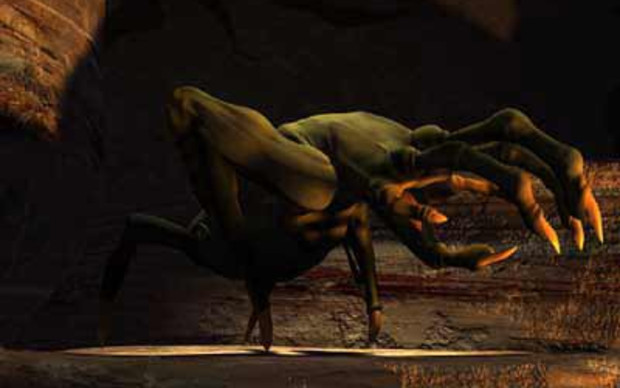 Regardless, both of these games are incredible! They are absolutely timeless, even if they get pretty difficult at times. Besides, the universe they created is my favourite in gaming, maybe even in general. It is world building at its best, and the setting of Oddworld has tons of potential for new games! It's a shame that the only game we've really seen branching out like this so far is Stranger's Wrath, which is a damn good game in itself, and evidence that Lorne Lanning and OI is so much more than a one-trick pony.

This might not be a series that appeals to everyone, because does stray pretty far from the norm, and it has some pretty heavy anti-corporate themes to it. But to me, this is a wonderful, unforgettable franchise! Abe's Oddysee was the perfect beginning, and Abe's Exoddus expanded on it brilliantly!

Next up is Pac-man Championship Edition DX! Gonna be quite the party!
Login to vote this up!