Dr. Mario or: How I Learned to Stop Worrying and Love Being a Filthy Casual 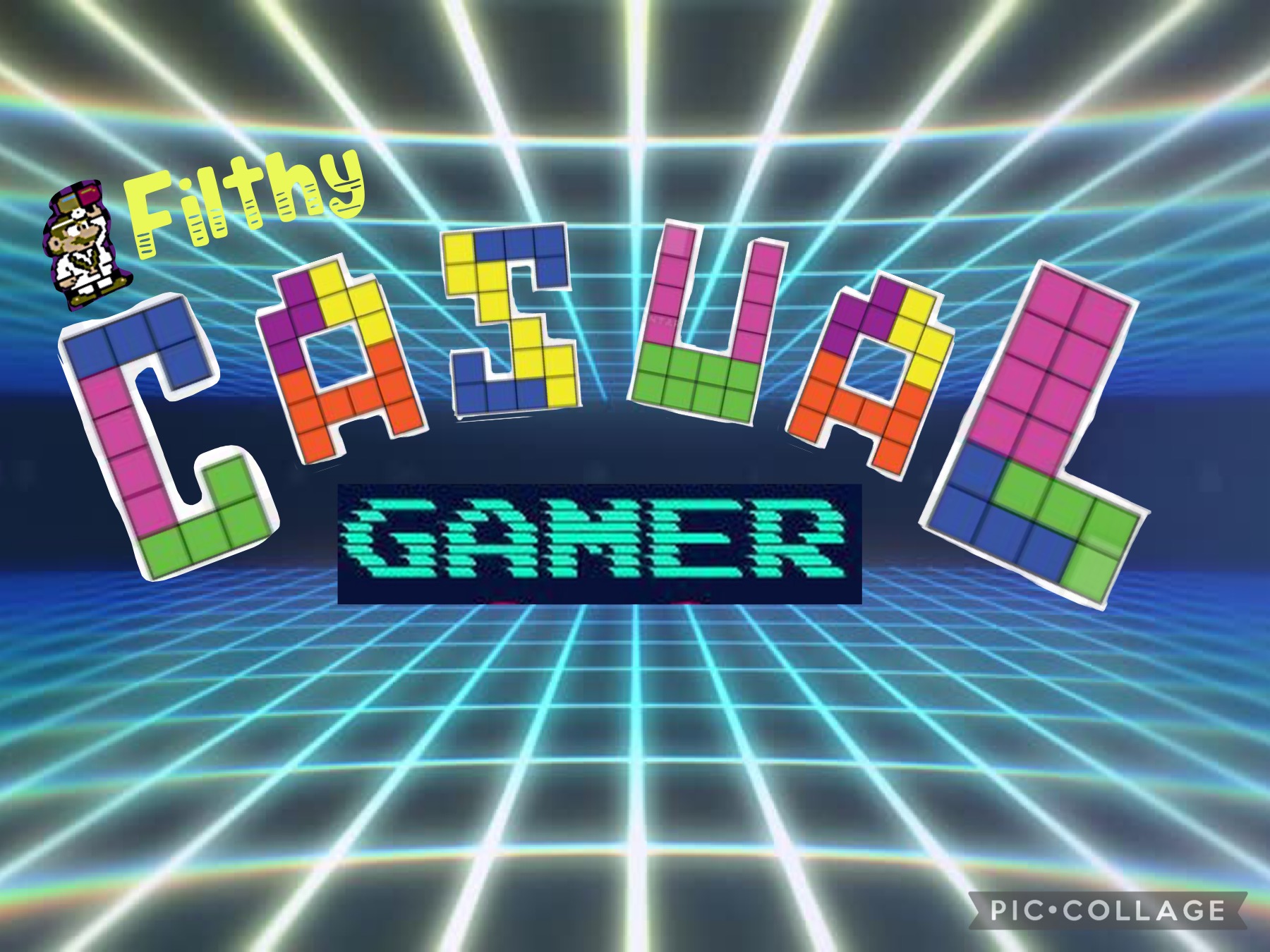 I'm not sure when I first heard of the term "casual gamer". But I understood two things about it immediately: Firstly, that it was derisive. Secondly, that it couldn't possibly apply to me. After all, gaming was not some fly-by-night passing fad in my life; by the time I heard this phrase, gaming was firmly rooted as a lifelong passion.

The first times I encountered examples of these casual games, I was confused. Individuals both older and more female than myself were often taken with games such as Bejeweled and Zuma. Other "gamers" seemed to feel enmity towards these types of games. Me, I just saw games that were not dissimilar to Tetris Attack and Bust-A-Move... Which happened to be two much beloved games by myself. Puzzle games were, after all, quite possibly my favorite genre ever since the release of Tetris.

I tried to dismiss these games as cheap imitations. The originals they attempt to emulate don't count as casual, I told myself. But then, I saw something happen. More and more, "puzzle" and "casual" became synonymous. When I noticed Tetris could appear in a "casual" section, I felt betrayed. I was a passionate gamer. There's no way of counting how many hours of Tetris I've played across oh so many platforms, but I estimate it to be in the thousands. Do you know the dedication it took me to reach the Level-9 Height-5 ending on the NES? What's so casual about that?

So what do I tell myself now? I just have to accept that puzzle games are casual. But casual gamers ONLY play those types of games, right? The fact that I play other types still makes me better, right? I'll be honest, I pretty much only ever played FPS games because I felt it was my duty as a gamer. I abhor graphic violence, and my favorite games of that ilk were Chex Quest and Splatoon. But there were other genres that I liked. For example, the old-school arcade games have always been timeless to me. There's never a bad time for a round of Ms. Pac-Man, Q*Bert, or (my personal fav) (Root Beer) Tapper. Unfortunately? recent years have revealed to me that those types of games are now also often labeled as casual. Apparenly, every gamer in the arcades of the early 80s was a casual? Who knew?

Well, there's always RPGs, nothing casual about RPGs, right? I feel like, for years, these were the lifeline that allowed me to cling to the notion that I was a true, "hardcore" gamer. I could invest many, many hours into these titles. Yet, it was always a bit of a love/hate relationship... which veers closer to hate the older I get. Playing a tedious time-sink for 100 hours just to slowly get a piecemeal 5-hour story was fine when I was 20. As the years go by tho, I no longer see time as something which exists as a surplus to be disposed of as efficiently as possible. Quite the opposite, it is more like, my free time is limited, so how can I enjoy each moment to its fullest?

Rhythm games are one awesome answer to that question. Since listening to music is my other favorite hobby besides gaming, it kills two birds with one stone. And since they literally tell you what button to press and when, there's very little learning curve. Simple, fast, fun games, I've become rather enamored with them in recent years. My most recent obsession is D4DJ Groovy Mix, a f2p mobile game. I feel like something of a thief with how much fun I've had with this game, having not spent a single red cent. The gameplay is just fantastic, and there's some very well-drawn anime-style visual-novel-esque story sequences to break it up a little, along with some RPG-esque character progression. The songs and story seem pretty easy to unlock without spending money, the only reason I think one would need to spend money is if 1.) They are super-competitive, and feel the need to top the leaderboards. or 2.) They are OCD about getting every variation of every character in the game (many of which are only available in time limited gachas). Fortunately, neither of these two scenarios apply to me. However, I do still try to understand the game mechanics and perform at my personal best, and to that end, I have occasionally visited the game's subreddit. When doing so the other day, I saw something about some award the game received... in the "cute and casual" category. How could this be possible? Here we have a game, where the highest-level songs aren't merely above my ability to full-combo, they are beyond the speed at which my middle-aged fingers can physically move (and any attempt to do so causes more-than-superficial discomfort). So, how is that CASUAL? I don't know. I don't care. And I give up. As a f2p mobile gacha game, I guess I should have known all along it would count as casual.

So, here we are. I AM A FILTHY CASUAL. I can't believe it's taken me so long to accept/admit this fact. But I finally made it here. My favorite genres are classic arcade, puzzle, and rhythm. I value gameplay over story. Pick-up-and-play over complex. Designed for short bursts rather than long marathons. It seems there's a word for that type of gamer: CASUAL. This is who I am, and I refuse to feel shame for it.