The Fighter Revival is Microsoft's Time to Strike!

I'm gonna keep this short, I haven't written in a while due to my new job taking up all my free time, but rest assured I've been following news on my Droid at work. The Fighter Revival has been in full swing for this console generation and there is a certain game that is fucking PRIME for release as I speak, but the holders of the IP are oddly sitting on their hands due to bad business decisions by everyone involved.

Where is Killer Instinct? 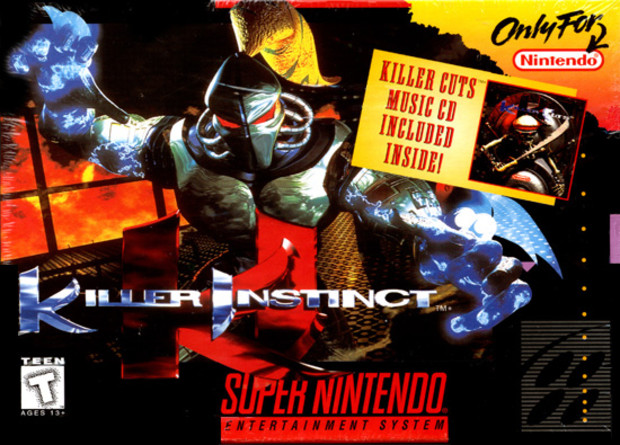 Killer Instinct was first released at arcades and saw it's first home appearance on the Super Nintendo. I remember that day distinctly. I was in elementary school and I was home sick due to a very painful dentist appointment. My dad got me this game, thinking it had to be badass, because it came in a black cartridge and had a music CD. I never trust my parents in buying me the right game on their own, but this is the only time I can remember they hit gold in their first up.

This 2D fighting game with graphics that looked like SNES' Donkey Kong Country was developed by Rare. Yes, RARE. That awesome game company that got gobbled up by Microsoft and shat out as a hallow shell of their former glory. The game was famous for the robust combo system and grip of announced combo names "Super, Ultra, King, Monster, Killer", various oddball characters, the term "C-C-C-COMBO BREAKERRRRR" and coming with a music CD that would embarrass you in front of your friends to listen to in public, but was ultimately low-key awesome at age 12.

I don't know if I'm the only one thinking this, but I REALLY REALLY want to see Rare dust off their computers and create this game for the 360 as an exclusive (as they really need a new one that's not a shooter) which would hopefully kick some major ass.
#Community    #Xbox360
Login to vote this up!