As a sequel to what I see as one of the finest videogames ever made, my expectations for Xenoblade Chronicles X (hereon X) were, perhaps unfairly, astronomical. Regardless of the game itself, I have a great amount of respect for Monolith Soft and their efforts on display here. Especially within a genre notorious for conservatism, it would have been extremely easy to simply follow on from the success of its predecessor, releasing a game which was just more of the same. However, although both games are clearly built upon the same foundations, X is a different beast all together – released by a team not content to rest on their laurels, and who are genuinely attempting to evolve their established formula. 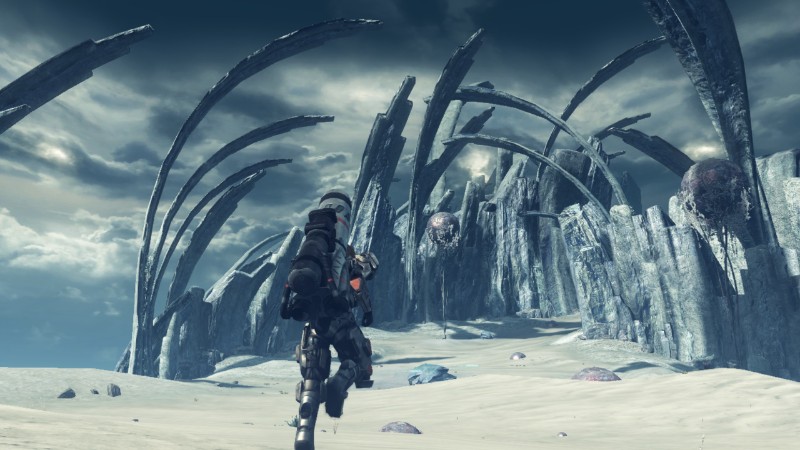 X continues with the aim of blending Japanese and Western RPG design mentalities. As before, a destinctly Japanese story is set in a Western open world with the backbone of the gameplay formed by MMO-style combat based around hotbars and cool-downs. Combat has had another layer of complexity added on top of what was already present however. All skills are linked to either ranged or melee weapons and have received multiple tiers of cool-downs, with players rewarded for their restraint with bonus effects and damage. The different weapons (which are switchable on the fly) control different cool-downs, skills only recharging when the corresponding weapon type is equipped. In addition to this, players can customise the skills of their created character to a colossal degree – being tied to weapons rather than classes, players are able to create a class which truly suits their play style.

Whilst not huge changes, their impact cannot be overstated: the result is a fantastically involved battle system. Complementary skills are often linked to different weapons and there is always something to think about, crucially there is very little opportunity for gameplay to devolve into cycling through a paint-by-numbers sequence of skills, as can often happen with such systems. This mentality of added control and complexity extends to virtually every aspect of the game; in addition to skills, you can also micromanage the augments on equipment, Skell (giant-freaking-robot) parts, and passive abilities for each member of an impressively large cast. Even the activation conditions and effects of “soul voices” (in-combat QTEs) and world map can be played with to dizzying detail. It is telling that I didn’t unlock Skells (the final major mechanic) until about 40 hours in, and at no point before that did I feel like something was missing. Such an amazing level of depth is welcome, but the sheer amount of micromanagement felt unnecessary and at times bogged down the experience.

Another welcome feature is the sheer amount of freedom offered to the player right from the outset. Whereas Xenoblade offered a fairly traditional linear JRPG set in a world with ample opportunity to explore, X clearly leans more towards the western camp of design – with virtually the entire game world open from the off. What a world it is too; although not as fantastical as the Bionis, Mira is simply breath taking in its beauty and scale. The entire world – from its gorgeous vistas, to the honeycomb of subterranean caves – feels like it was crafted with real care. These screenshots are not PR pieces I’ve pinched of Google, they’re ones I took myself as I played. 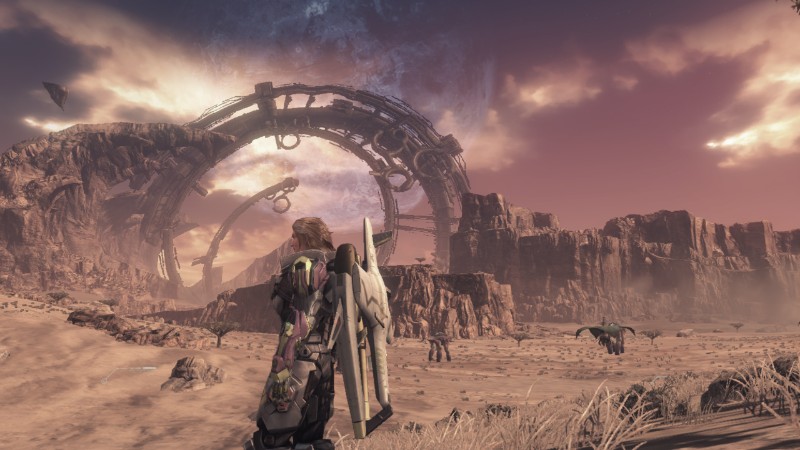 Again though this freedom comes at the cost of pacing – with so many options it can sometimes be overwhelming. The plot, which rears its head only rarely, gives very little guidance as to where you can realistically explore next. As a result, much of the introductory 30 or so hours will be spent avoiding local fauna – although this goes someway to reinforce just how up against it the humans are. Whilst the story appears only rarely, what is there is engaging, and the degree to which it and the side content are balanced is genuinely impressive. Although the latter is certainly padded by fetch quests, a great deal offers excellent world building and additional plot details – entire alien races are exclusively found in side missions. Main and side stories never feel divorced of each other, but are rather complimentary.

Less welcome are several elements of game design which are downright obtuse. The UI and menus are cluttered and unintuitive, whilst the crucial mechanics remain poorly explained. Each time you want to switch a character into the party, you need to find them as an NPC somewhere in the massive New LA. If you have met the pre-requisites for a “heart-to-heart” conversation they simply won’t be there, without any warning from the game. Some quests won’t appear on the board unless it is opened and closed several times, others will give little direction beyond which supercontinent you need to go to, whilst others still can’t be quit once started. These decisions/oversights (amongst others) are as baffling as they are often frustrating – and lead to unpleasantly frequent moments where I was simply stuck as to what, why or where (when I unlocked my first heart-to-heart I thought a party member had glitched out of existence for example).

Whilst the experience is marred by a few key flaws and can buckle under it's own complexity at times, in Mira Monolith Soft have succeeded in creating one of the best game worlds ever crafted. Combine this with an extremely robust and compelling class and combat system, X is a hugely enjoyable, if flawed RPG. Taken as a whole, at times X feels like something of a compromise: the chapter based delivery of the story, early screenshots and gimped online features leave me in no doubt that at some point this game was meant to have a much more significant multiplayer element. What was released is certainly deserving of merit however, and although it may not live up to it's predecessor, it is not because it is simply a lesser version of the same game. This is a game with the confidence to step out of the shadow of what came before, using the same core themes and mechanics to create a very different experience. In all, an admirable sequel to one of the best games of all time. Xenoblade Chronicles X is a game which I can whole heartedly recommend; as well as a game which leaves me excited for what Monolith Soft develops next. 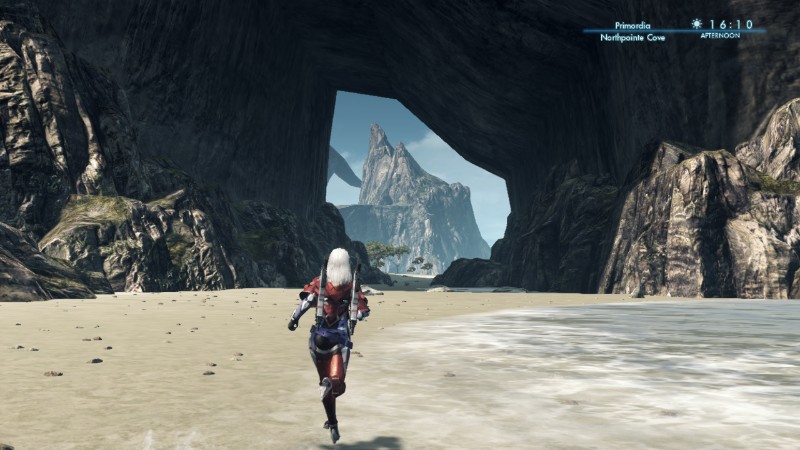