Well, Racing Games and Photo Mode, quite a match made in heaven. Being able to take photos of cars that range from "affordable" to "track-day only" without having to fly out to various locales can be quite enjoyable. Project CARS 2 and Forza Horizon's 3 & 4 have been my go-to for virtual photo projects during the COVID-19 pandemic, with a small portion of Assetto Corsa Competizione included. These are only a small portion of the library of Screenshots that I've taken over the course of the pandemic, all on the PC versions of those games. 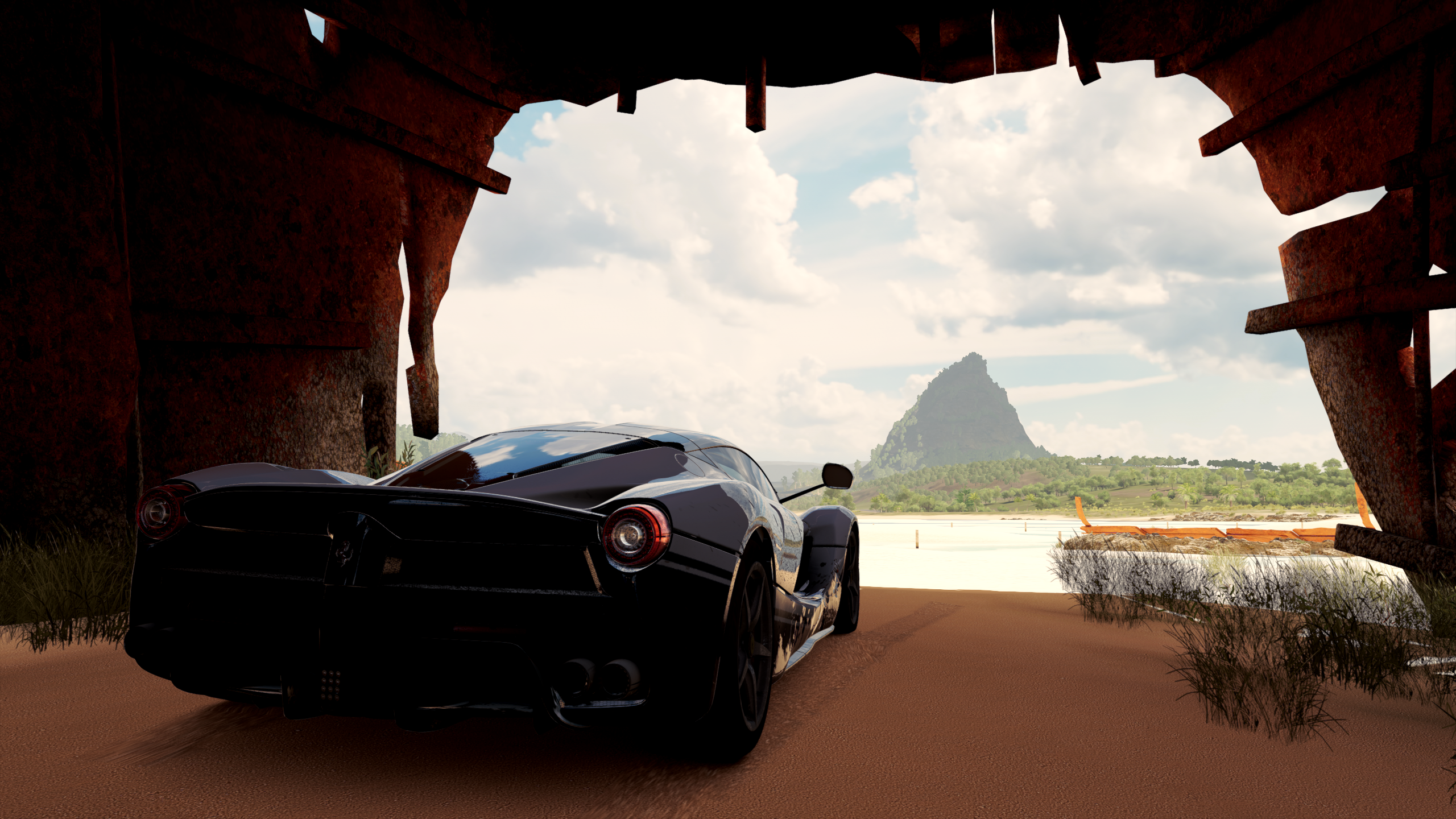 (Here we see a LaFerrari looking towards the mountain while inside a rusted shipwreck.)

Some racing game engines can make using Photo Mode an enjoyable experience while others can be a challenge to use, those frustating game engines often require thinking outside the box to get decent results. I can speak from experience that "Unreal Engine 4" and the "Madness Engine" are the most frustrating game engines I've used the photo modes of. Aliasing issues plaguing Project CARS 2's "Madness Engine" that not even Nvidia's "Control Panel" can fix, unless I am willing to get a "SweetFX" mod or use "Photo Editing Software" after capturing the shot to fix it. The replay mode's "free camera" controls in "Unreal Engine 4"  for Assetto Corsa Competizione are frustrating to deal with due to their over sensitivity that I had to resort to using an exteral video guide to get the sensitivity dialed in just right. Turn 10 and Playground Games "Forzatech Engine" powering Forza Horizon's 3 & 4 was properly set-up, no aliasing issues, no overly sensitive free camera controls, it made those games "Photo Mode" a joy to use. 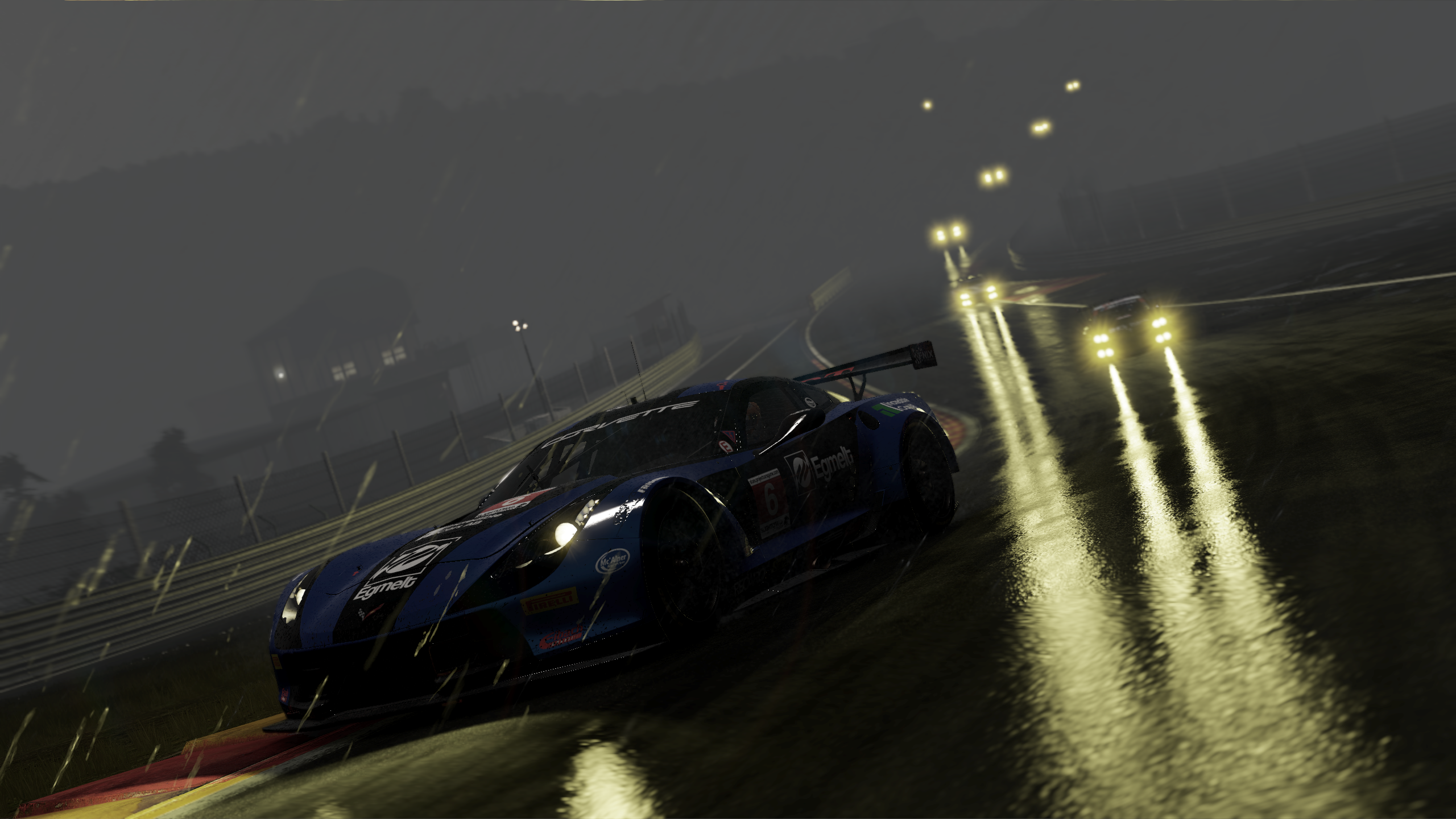 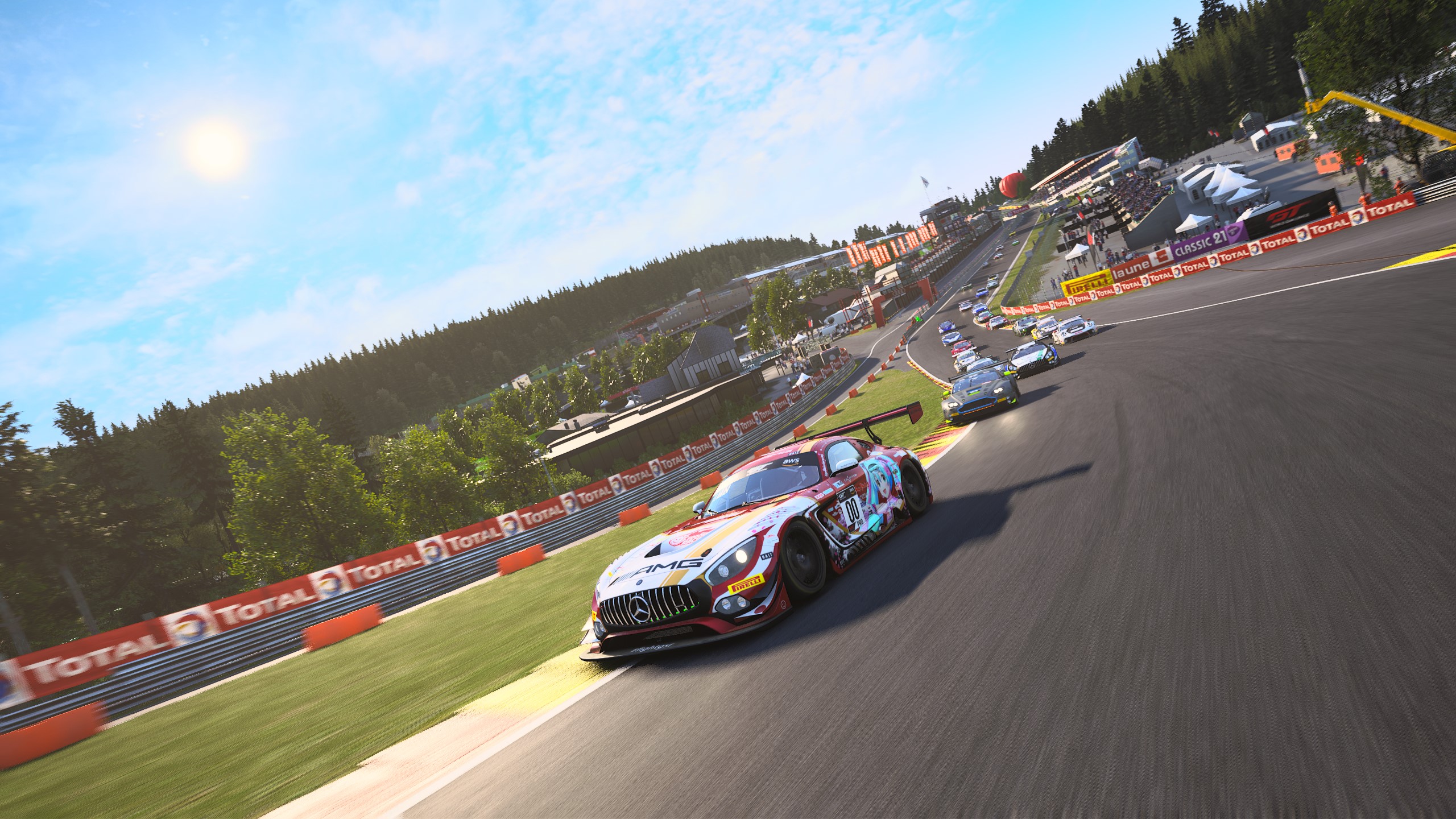 Some Photo Mode captures can set a serious mood or tell a story, while others can catch the comedy of the random moment. It just depended on what I was leaning towards the day I played that game. Sometimes going from serious to random comedy during the same game session can make for quite a Mood Whiplash, it doesn't always work out though as I've taken some rubbish screenshots during those attempts and deleted them. 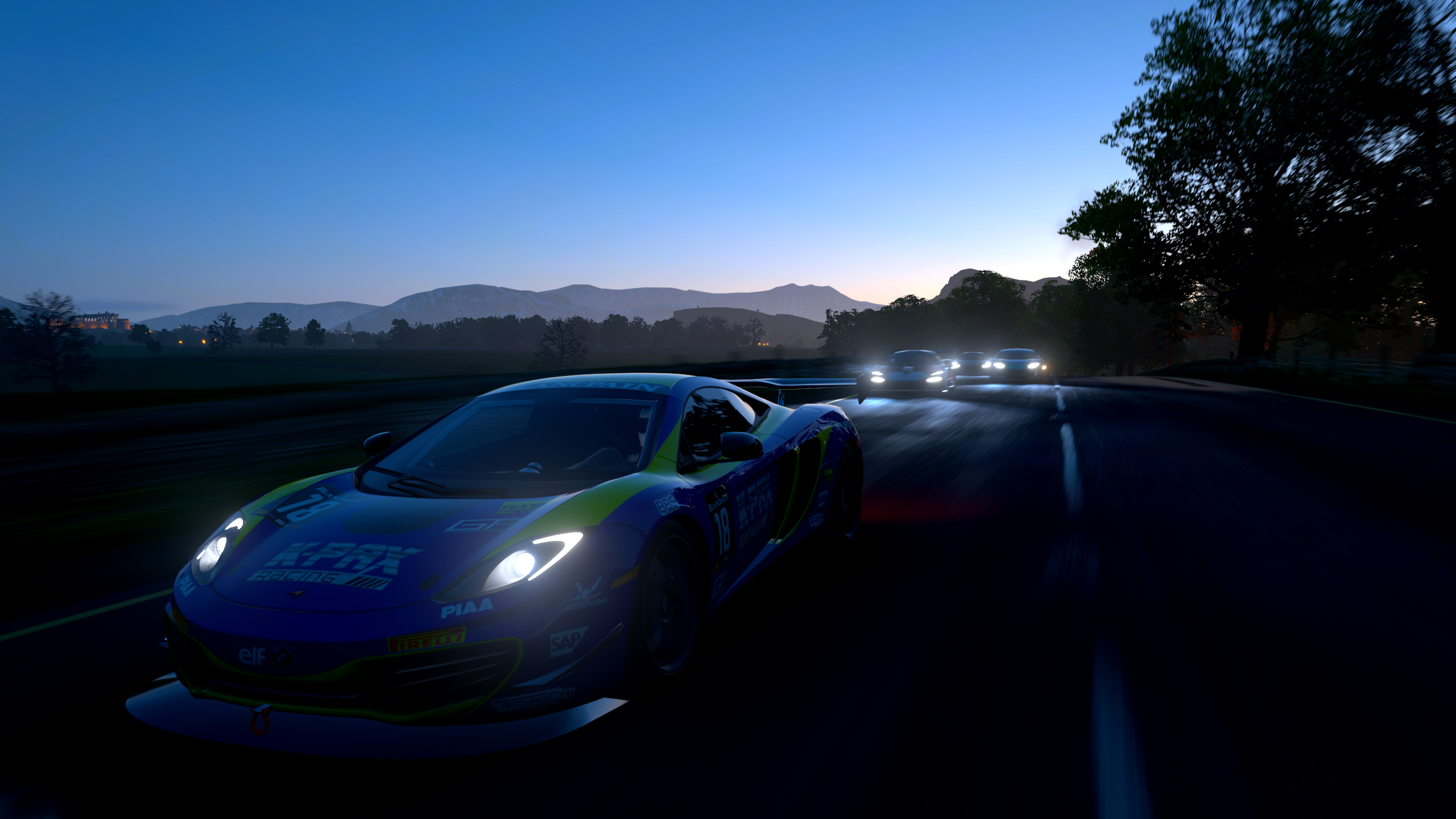 (In the twilight hours we see the McLaren MP4-12C, being driven by a tame racing driver of course.) 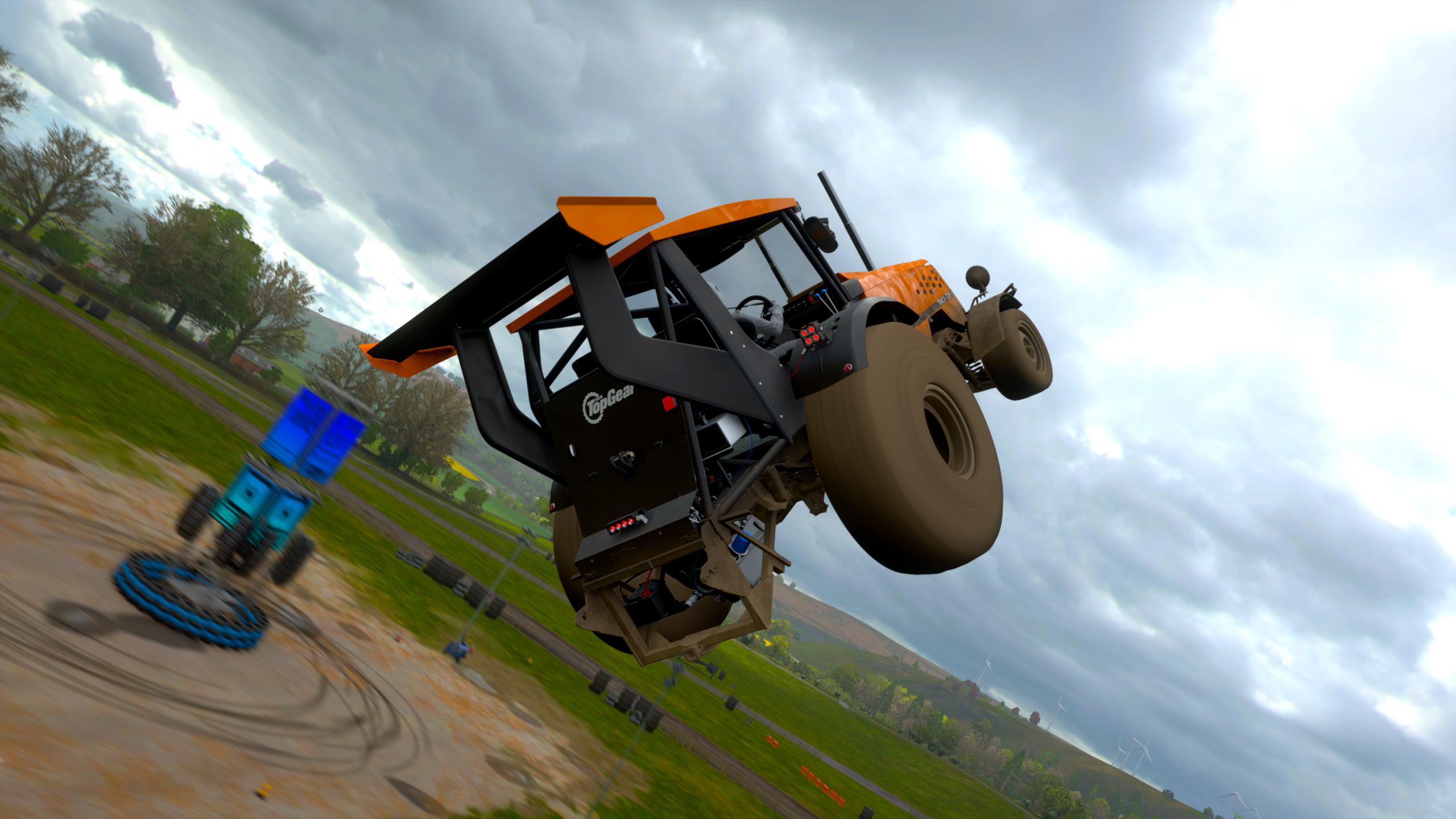 (Here's that same tame racing driver,  this time they're trying to leave the planet with the "Track-tor" as the vessel of choice.)

I wonder what photo modes of future racing games will be like. Will they be able to take advantage of the hardware's Ray-Tracing and HDR capabilities? Will there be in-depth options to use while being "user friendly" for newcomers? All I can say is that I hope to be around to see it. 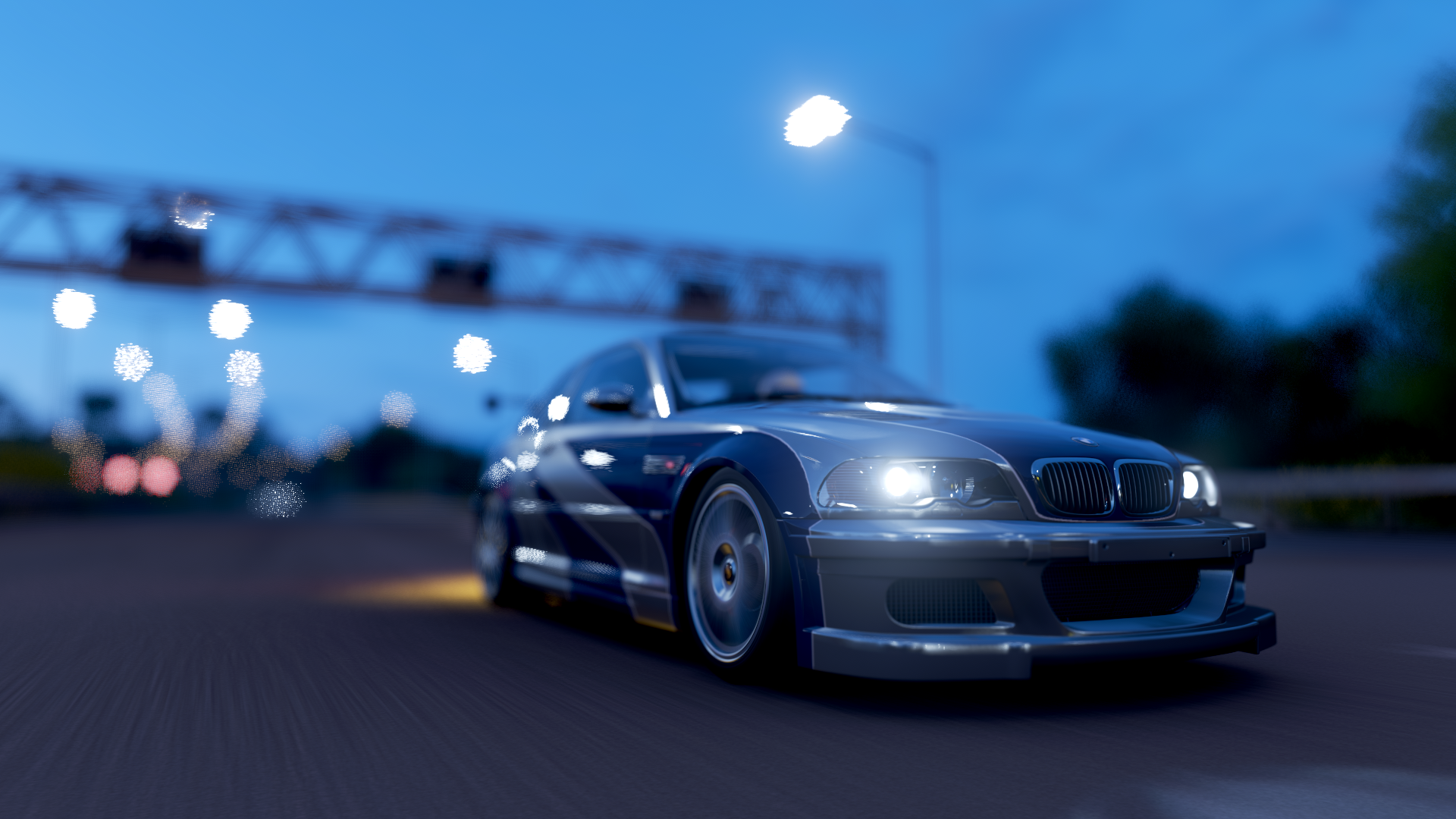 (I want every single unit after the guy. Everyone? EVERYONE!)

- Sometimes, in order to move forward you have to come to terms with the past.

Just trying to get out a rut that I've been in since the 2008 financial crash and hope to get into college in the future. A fan of racing games since 1997's Need For Speed II and platformers since the early 90's. I am willing to try other gaming genres out of my comfort zones. I also enjoy building Gundam models and watching anime though I don't always watch the latest shows. I am willing to call BS on publishers & developers that put profit first before refined gameplay.