The eight originals, Miki Hoshii from the 360 version, and the two "rivals" from the PSP games make up the confirmed roster of eight. No word at this point on the proposed additional characters, or the three from Dearly Stars.
Everyone is a year older and a year closer to being less creepy to... idolize. Most, if not all of the characters have undergone some changes, whether it's height, hair, or cup size. 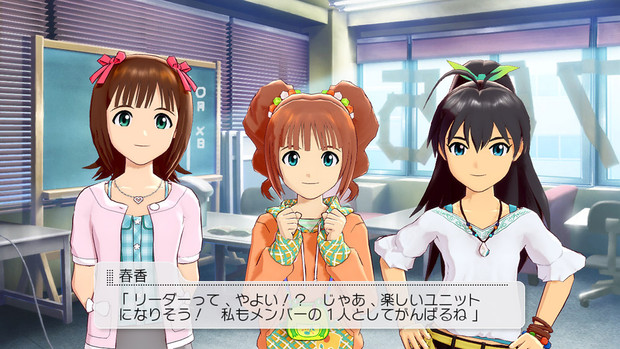 Form fanservice, and earworms! Form merchandise, and marketing! and And I'll form the Mo�!


The [email protected] 2 is expected to be released sometime next year.