Interview With Richard Shepard director of "The Hunting Party" (with game related question!)

4:16 PM on 08.30.2007 (server time)    0
I got to sneak in a video game question (it's the last one for those of you who aren't intersted in the film) at the end of the interview, something I�ll hopefully be doing more often as this blog is a good excuse to do it. It�s an incredibly smart and insightful answer for someone who doesn�t play games.

It�s hard to know what you are going to get when meeting directory/screenwriter Richard Shepard. His films like �The Matador� often border the thin line between drama and comedy so well that you aren�t sure if he is going to be the straight man or a funny guy in person. His newest film �The Hunting Party� starring Richard Gere and Terrence Howard is no exception to his style. Shot on location in post war Bosnia the film interweaves funny lines and witty banter with bombed out buildings and bullet holes. It�s a style not so easy to balance, or advertise, but it�s what Shepard loves to do. The film, of which only the most ridiculous parts are true, follows three journalists on the hunt for a war criminal who has been hiding from the UN and other international law enforcers.
After sitting down with him in a room he pointed out was massive in the Ritz Carlton in Georgetown it�s clear that Shepard, like his films, is both the straight man - concerned with what makes us tick and world issues - and the funny guy � seeing the humor even in some of the worst situations.

OK, let�s get down to serious business here. Is that really Richard Gere�s butt in the film?
You know this became an online debate after pre-screenings of the film. As the director of the film I would just like to clear it up and say that it is his ass and I filmed that shot myself. It�s funny that is all people are talking about when the film has so many more issues in it. I�m glad it�s getting the publicity obviously, but it isn�t the focus point of the film.

So you got to see his butt. What was working with him like?
What I loved about him as an actor was that he was fearless about anything. He�ll do anything if it makes sense in the context of the character.

What about the other actors like Terrence Howard and Jessie Eisenberg?
We shot the movie in Bosnia and it was a fast 42 day shoot. Everyone felt that if we didn�t get along and have a good time it wouldn�t work so we all did. It worked out well like that. When you have a group of actors who are passionate about the script and not there for the money you get great things. Terrence Howard can do things with his eyes that it takes some people entire scenes to accomplish.

Why did you want to have comedy in what could be a very serious film?
Well it�s not all funny. When we shot most of the flashbacks, those aren�t funny. But in fact if I didn�t put humor in it then it wouldn�t have been true to the story. It�s just absurd what happened to these guys. They get mistaken for CIA, find a guy that everyone�s been looking for easily, get attacked by a midget gangster. There�s humor in real life and I would be betraying that if I had made it straight.

Is it hard to strike that balance between drama and comedy?
It is hard to strike a balance. It�s really hard because when you make it straight ahead it is or isn�t one thing or another. With a mixture you have to be careful. You have to figure out enough of each to keep it real. It keeps the movie surprising. You�re not sure what is coming next, a shock or a laugh.

�The Matador� and your other films have this same dramatic/comedic dichotomy. Why do you use it in your films?
I feel like there is as much emotion in any of these films as many of the uber-serious movies that get made. I get my cake and eat it to. I get to have fun and I also get to tell a good story. I think that movies take themselves too seriously. Comedy is very true to life, movies sometimes forget that people are always laughing at jokes no matter how dire the situation. Movies try to fall into a genre and that just isn�t necessary because life isn�t a genre

You open the film with the statement that only the most ridiculous parts of the movie are true. What was the balance between fact and fiction in the film?
Early on when I was writing the screenplay and talking with the reporters the film is based on I told them I was going to tell their story but that it wouldn�t be them in the film. That gave me the freedom to do what I wanted. I could tell the story while still having an artistic license. I wanted to have lee way to suppose things that may or may not have happened.
When I say only the ridiculous parts of the movie are true that isn�t really anything special. Any movie based on a true story is like that. You have to have some freedom. I had an adventure researching this movie and I wanted it to be an adventure.

How did the reporters the movie was based on help you out while researching?
They were really helpful when I was writing it. They were all over and they kept me on top of it. They�re so funny, these guys. They got what I was trying to do, thankfully and I think they all really liked the outcome of the film.

You shot on location in Bosnia for the movie. Why did you choose to do this, especially since the area you were is on the do not visit list for the U.S.?
It was incredibly important to get the real deal and it is the real deal. Those walls full of bullet holes are still there and the bombed out buildings are all around. The story is important to tell and it is important to show what that the country is still ravaged after the war. The actors actually being there makes it so much more real for them. And because we were filming on location our crew was made up mostly of Bosnians who kept us honest to what the country is like and what state it is in.

Why did you choose to do a movie about post war Bosnia?
I was interested in doing a movie in a post war setting. I thought I�d probably find a story in Afghanistan but then I found the article the film is based on in Esquire and it attracted me because it had a sardonic take on it. It was really absurd what happened to these guys.

What was it like working with a mostly Bosnian crew?
Well you learn how to order a beer really quickly. It wasn�t all Bosnian crew members; we had people from all sides of the conflict working on it so that was really helpful in keeping me grounded. There is a language and cultural barrier too. When you say we�ll meet at 3 p.m. on this day in the U.S. you meet at 3 p.m. on that day, sometimes in Bosnia that means 3 p.m. two days later.

The ending of the film is a fictitious one, why did you choose to go that way?
It was a very tricky ending because you basically saying that the courts can�t be trusted to carry out sentencing of this war criminal. If you are looking at a justice system that doesn�t seem to want to catch this guy then who do trust?

I also write a blog on a gaming site and there is a general discussion in the gaming world about games being art. As a film director do you see games as art, are you interested in them artistically?
I�m not someone who does a lot of gaming but from what I can tell, and under my definition of art, as long as there is creativity and inventiveness it doesn�t matter what the medium is. Storytelling doesn�t have to be stuck in a 90 minute time frame, it can be ten seconds or 80 hours and video games allow for that even more so than films. As long as you are creating a story it�s art. Film isn�t interactive but it tells great stories, video games allow for people to participate in great stories, I don�t see how that could be anything less than art.


In a funny side note he told a story about driving to a meeting with Pierce Brosnan for �The Matatdor� and on his way he saw a really nice car and though �Man, that is the kidn of car James Bond would drive. I gotta pull up and see what jerk is driving it.�
So he pulls up and looks over and there is James Bond driving the car on the way to the same meeting. Classic.

Also I�m interviewing Michael Davis, the director of Shoot �Em Up on Tuesday. He also wrote the Double Dragon screenplay and his films seem heavily influenced by video games so I�m hoping he�s somewhat of a gamer. Any questions you guys think I should ask?
#Community
Login to vote this up! 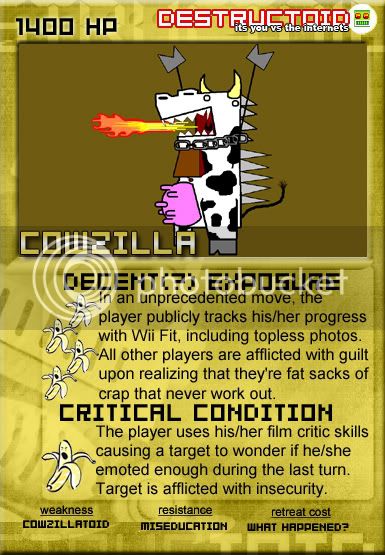