One additional note: The RetRose Tinted Corrective Lenses C-Blog Competition ended yesterday. Originally, I'd planned to announce a winner on Thursday, but I've decided that since none of the entries were any good at all, I'm just going to buy myself a Dtoid shirt instead.

RapJam Volume One, 1995 by Mandingo


Every once in a while, a game comes along that revolutionizes what we think of when it comes to our favorite form of entertainment. This week, I'm going to cover what is probably the finest example of programming ever to appear on any television anywhere. I am, of course, speaking of RapJam Volume One.

I first encountered RapJam Volume One in 1996, while a counselor at summer camp. The A/V lounge at Camp Chippercaca had a Super Nintendo. Rapjam Volume One was the only game available for it because all other games had been ritually destroyed in a bonfire the year before. When I asked why, it was explained that they were destroyed for sheer inferiority. How could this be possible? What game could be so excellent that no other would ever be necessary again? 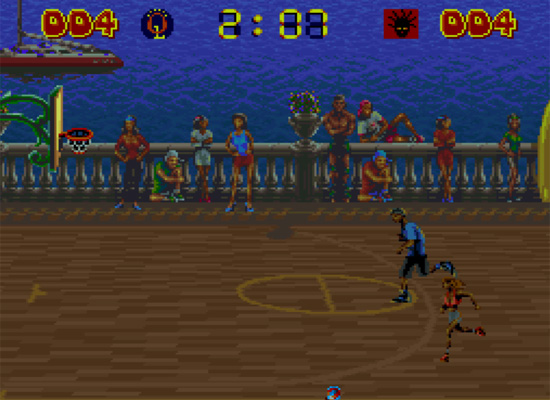 Though my head swam with doubt, all that was washed away within seconds of turning on the cartridge. RapJam Volume One is a basketball game like no other in that it pioneered the fusion of rappers and sports. Finally, the collaboration I'd waited for all of my life had come to pass and I spent the entire summer in that lounge.

RapJam features two modes of play, Tournament and Challenge. The Challenge mode is great action for two to six, but the Tournament is where it's at. Featuring an incredibly deep team management system, you can build a dream team of awesome rappers and have them take it to the hole in three-on-three street ball. 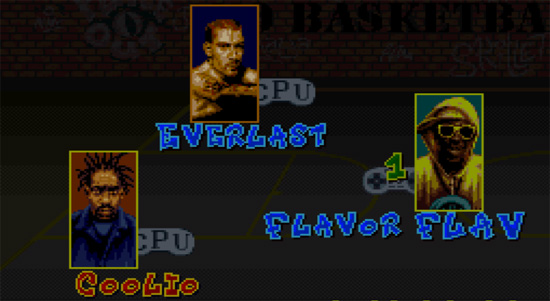 The roster is a veritable who's who of rap music. Naughty By Nature, Onyx, Public Enemy and House of Pain all make appearances in their groups, but there's plenty of great solo acts too, like Warren G and Coolio. Coolio!!! Plus, you can play as the one rapper known to defeat Michael Jordan in non-regulation play: Queen Latifah.

This game has some vicious, no-holds-barred action. You can shove the other players around, do massive, monster slams and then bust a cap in the asses of your opponents. And the graphics are amazing! Everybody looks so life-like and moves just like I would expect them to on a real court. While none of the phat beats in the music are licensed, they're bumpin' all the same. Rumor has it that Paul Simon tried to sue the makers of RapJam for illegal sampling of one of his songs for the track you listen to while in-game but Flava Flav hung his ass over a balcony until he dropped the lawsuit. 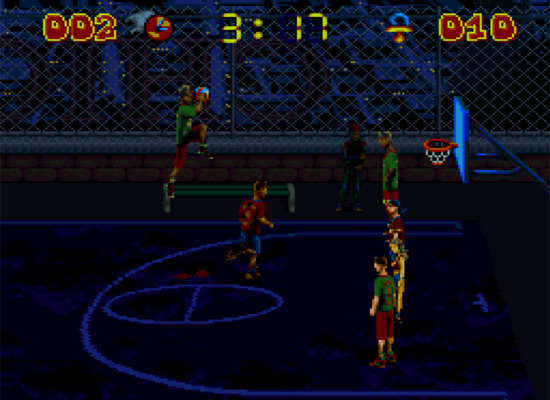 Now, we all know what came to pass after the release of Rap Jam Volume One. The steady stream of quality games in the rapper-sport genre continues to this day. But whatever happened to RapJam Volume Two? Nobody knows for certain, but urban legend has it that the developers at Mandingo Games toiled on the title for about five years before realizing that they could never again reproduce the magic of their first effort. Even though they had all the riches of Croesus, the depression at their failure took its toll and they entered into a suicide pact.

Even though we'll never see the sequel to RapJam Volume One, it stands as a mighty tower above all other games, worshiped as the worthy god of gaming that it is.