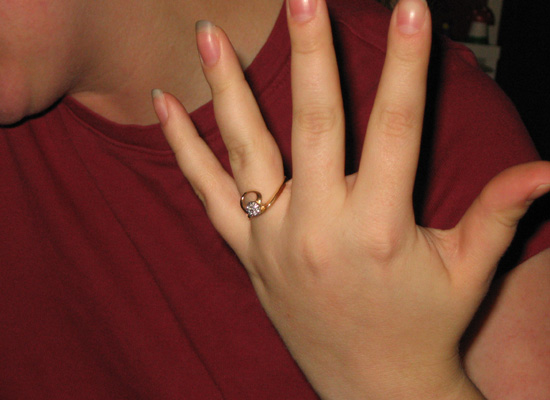 This is not an April Fool's joke.

After two years of her asking when I'm going to do it, I popped the question to my girlfriend this afternoon. I'm not going into the details of exactly what transpired but, as anyone who was in IRC can attest, it was fucking epic.

There's a bit of backstory to this. See, every time we're in a romantic situation, she would think that it was leading up to me asking her to marry me. It never was, and after a while I just started telling her that it would happen when she least expected it. What better day than April Fool's?

And she said yes, somewhat surprisingly under the circumstances. I have the best girlfr... fianc� ever.

Update: Here's the photo of the box mentioned in the comments. 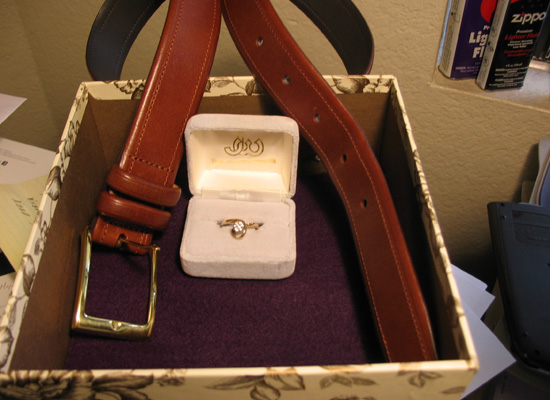