12:11 AM on 05.19.2008 (server time)    0
As you may or not be aware, I'm not playing GTA IV for 30 days and it's all DVDDesign's fault. A couple of weeks ago, I posted about all the fun things you can do with GTA without playing it. Now, however, I'm faced with a new turn of events that could change everything between us.

Something terrible has happened. As I was browsing through my 360 games, looking for something to occupy a couple of hours, I made a startling discovery: My copy of Grand Theft Auto IV was not on the shelf with its brothers and sisters. 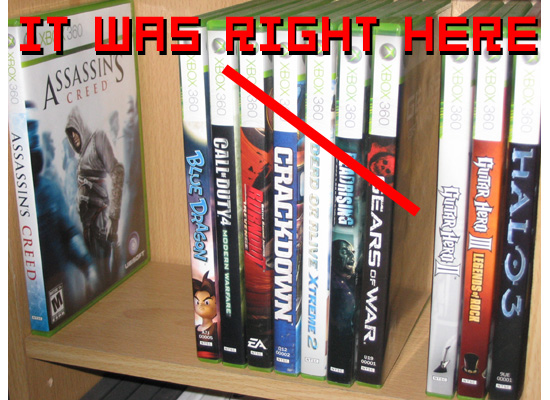 I tore the apartment apart, which sounds really stupid if you say it out loud. Sometimes my games think it's really funny to go and hide from me. I just assumed that one of the others had suggested that it should go stuff itself under the couch or something. But my beloved game was nowhere to be found.

A whirlwind of thoughts raced through my mind. Was it gamenapped? I hadn't received a ransom note. Come to think of it, I hadn't seen the game at all for several days. Not being able to play, it just sat upon the shelf and languished. What if it has run away? 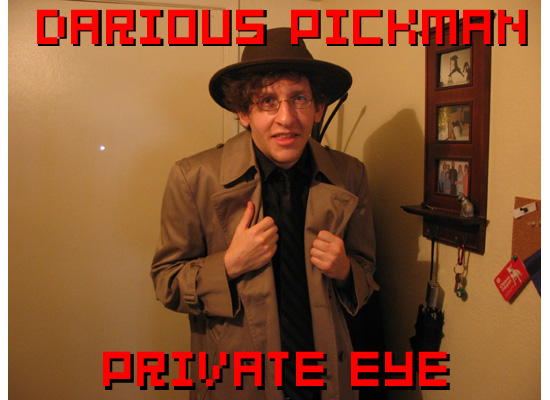 Seeking answers, I've employed the services of a Mr. Darious Pickman (I'd wanted to hire the Startling Developments Detective Agency but they were otherwise engaged). He's assured me that he'll get to the bottom of the mystery in short order. I only hope he's correct.

I'm really worried. It isn't like one of my games to just up and disappear. If I get any news about its whereabouts, I'll be sure to let you all know.

***UPDATE*** I've been sent a photograph of my GTA IV
#Community
Login to vote this up!