The Thing - does this look infected to you? [Halloween Flashback #7]

If I could only watch one film for the rest of my life, it'd be Memento. If I could only watch two films, I'd choose Memento and The Thing. Taking place in an isolated Antarctic research station, The Thing deals with an alien organism that is capable of infecting and duplicating other living organisms, including people. The film focuses on the paranoia that develops within the base when it becomes apparent that not all of the inhabitants are human. It's an incredibly suspenseful film that stands up to repeated viewings and I honestly believe that it is the best horror/sci-fi film ever made.

So when I heard that Computer Artworks were producing a game based on the film, I was intrigued to say the least. I was also a little worried that, given how hit and miss movie-based games tended to be, it might prove to be a crushing disappointment. Previews for the game contained a range of lofty promises, suggesting that the game could induce in the player the same kind of paranoia that the inhabitants of the movie's base experienced. 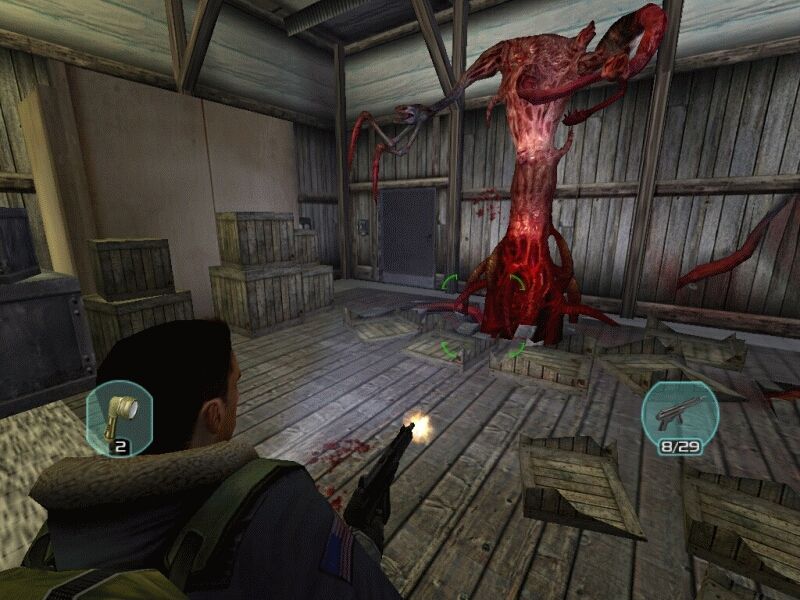 If you pick it, you'll only make it worse.

So did the game deliver? Not exactly, but it also wasn't the massive disaster that it could have been. It did also contain some interesting game mechanics that could have been better employed. It was a third person survival horror game which took place after the events of the movie. It cast you as Blake, a member of a team sent in to investigate just what happened to the inhabitants of Outpost 31, the base featured in the film. The games developers wisely decided not to start the game by throwing monsters at you, instead letting you explore certain sections of the base, also introducing one of the game's 'exposure' system. This, despite sounding a bit filthy, actually meant that that you could only spend a certain amount of time out in the open before you needed to find cover. It wasn't entirely necessary from a gameplay standpoint, but it did make the game's Antarctic setting feel a little more authentic rather than it just being a location with a white background texture

Since The Thing was a survival horror game, you did inevitably have to encounter monsters at some point. The game contained a range of enemy creatures, ranging in size from small creatures, usually resembling heads on legs, to much larger creatures, some of which served as boss monsters. The monster design was superb, with the monsters looking suitably gruesome and Thing-like. This did actually go against the general theme of the movie which was that the titular creature wanted to – and needed to – hide. But it made sense given that – pre Alien Isolation – games with a single foe were pretty rare. 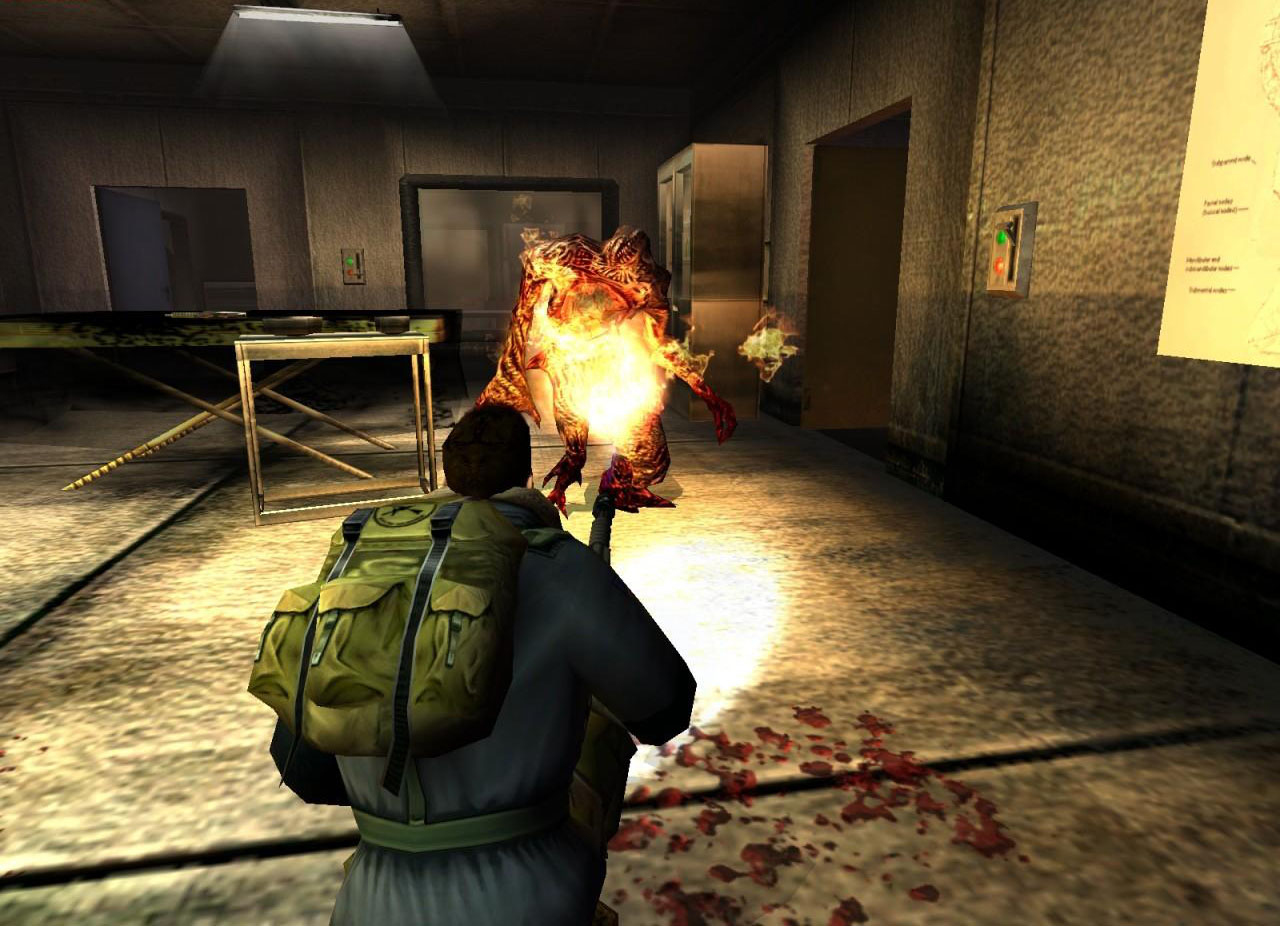 Is it Burns Night again already?

Facing down all those Things might sound like a mammoth task, even given that your character was fairly well armed. But your character was – as luck would have it – was immune to becoming infected themselves. Also, they weren't alone – you'd regularly encounter other members of your team who could fight alongside you. If you could stop them going absolutely loopy, that is. How so? Because one of the game's more interesting features was the way that your team-mates would react to the horrors they saw around them. So if they found the corpses of a slaughtered radio operator, they would start to get more paranoid. While you couldn't take direct control of them, you could check their status and see that they were close to breakdown. You could normally give them one or two basic orders but if they lost it, they'd refuse to obey orders, turn the gun on themselves or, worst case scenario, start shooting at you. However, it was actually rather easy to calm them down – just giving them a few extra bullets usually worked, which undermined the paranoia system somewhat. 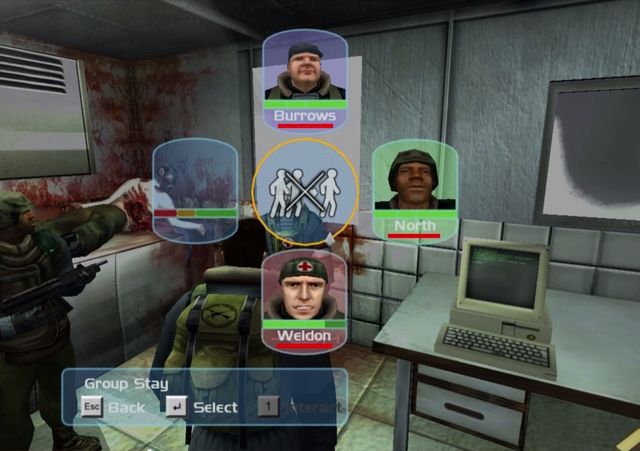 If you want to get ahead, get a hat.

The other key gameplay mechanic which again related to the game's NPCs was the infection system, which supposedly meant that anyone could become infected. You could use the blood test kits – which were few and far between - to test the NPCs but the general idea was that any NPC could be infected. Unfortunately, this wasn't the case. As was noted by one of the game's developers, the infection system and the story-led nature of the game 'pulled in different directions'. 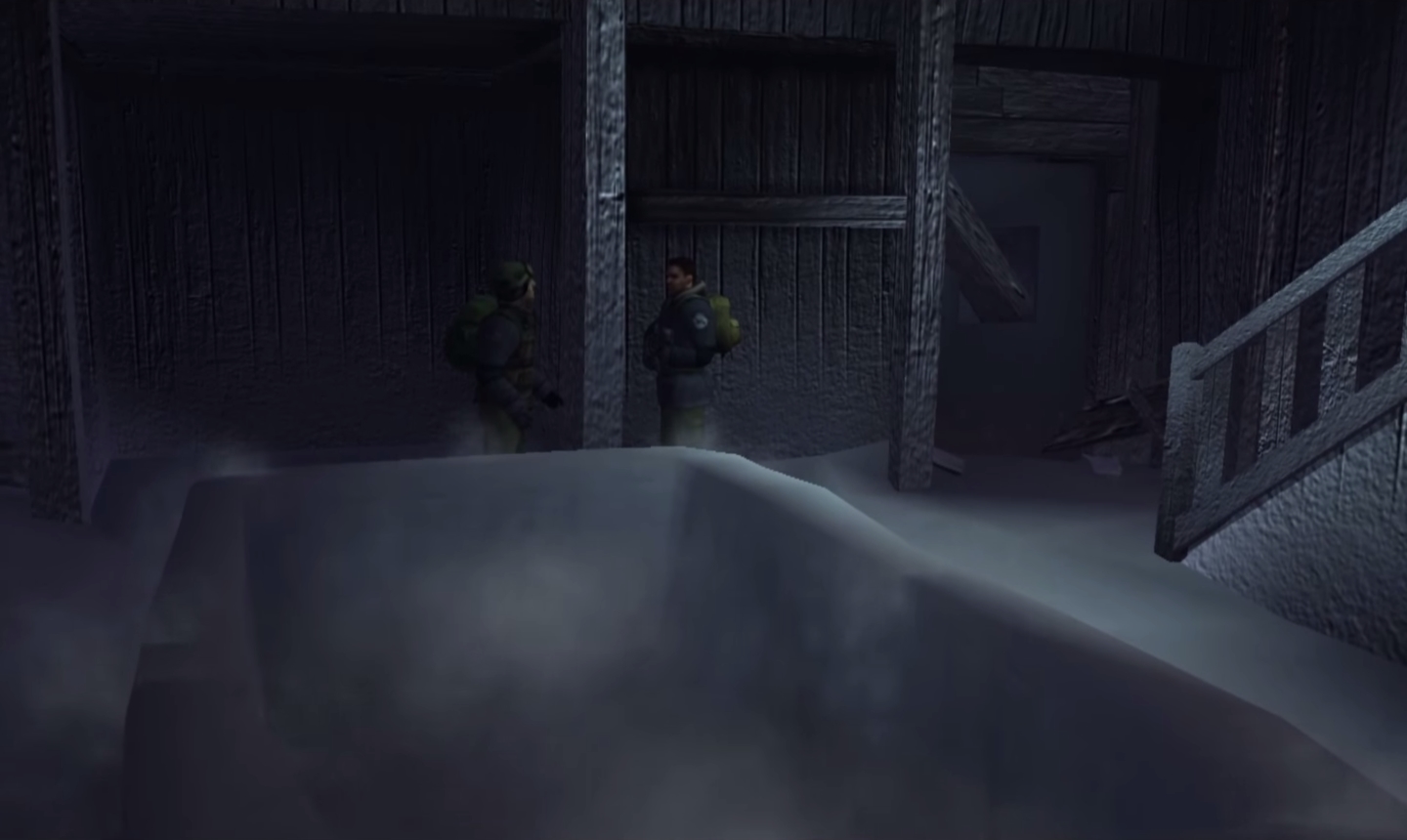 What this actually means is that most of the 'burst outs', where an NPC was revealed to be the thing, were scripted. These scripted burst-outs usually occurred when you were about to face a boss. So you could have tested an NPC, revealing he wasn't a thing, then step past the scripted trigger point, at which point he would burst out. It made the infection system largely meaningless. It might have been better to have adopted a procedurally generated approach to the game, meaning that the infection system could have been truly dynamic, but this was not to be. 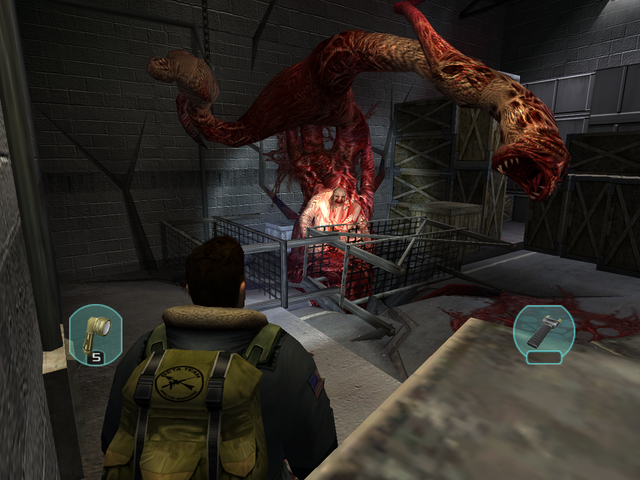 Ultimately, The Thing wasn't a bad game. Aside from the problems mentioned so far, the fact you needed to use a flamethrower to dispatch certain monsters meant that you could run low on fuel and find yourself unable to progress. It was however, entertaining enough to play if you were a fan of the film, and it was commercially successful. A sequel to the game was planned but ultimately never released, though I'd like to see a developer have another attempt at making a The Thing game using today's gaming technology.

Is it worth picking up today? Given it can be had for a couple of pounds, yes. It's not a great game by any means but it should be of interest both to fans of the film and also to anyone who wants to see how the need to deliver a coherent story can conflict with gameplay mechanics. The developers should also be lauded for trying something a little different, it's just a shame The Thing didn't meet its full potential.