Strange as this may seem, it used to be that the only time video games received mainstream press coverage was when they were being accused of corrupting the nation's youth. Take Splatterhouse 2, which attracted a lot of negative attention when it was first released on the Megadrive in 1992. But what was it about this title which proved so controversial? Was it that the press had a problem with the game's Jason Voorhees style mask-wearing hero? Perhaps they were offended by the implication that video games were anything other than kids toys? Actually, no. It was the fact that one of the game's levels had you hacking up foetuses with a chainsaw. 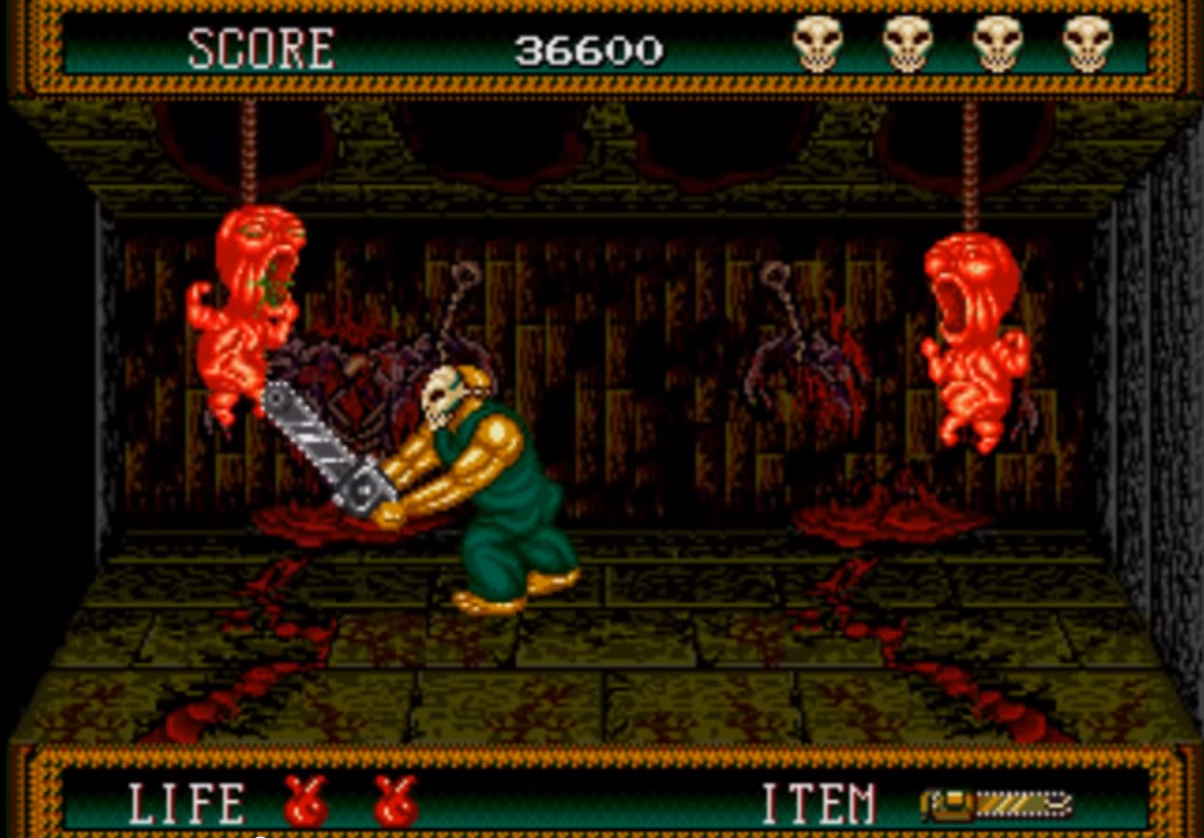 While it's a stretch to suggest that Splatterhouse 2 was calculated to cause offense, the game's gore level was its chief selling point, the box blurb explaining how you could use "weapons from your gnarled fists to a roaring chainsaw to splatter your way through eight gruesome levels of non-stop action". Gameplay entailed roaming from left to right along a series of grim looking levels, dispatching various non-human foes. At the time, I was certainly surprised by how graphic the violence was. Monsters would collapse into a pile of gore when killed or, if you were you using the right weapon, end up splattered against a wall. 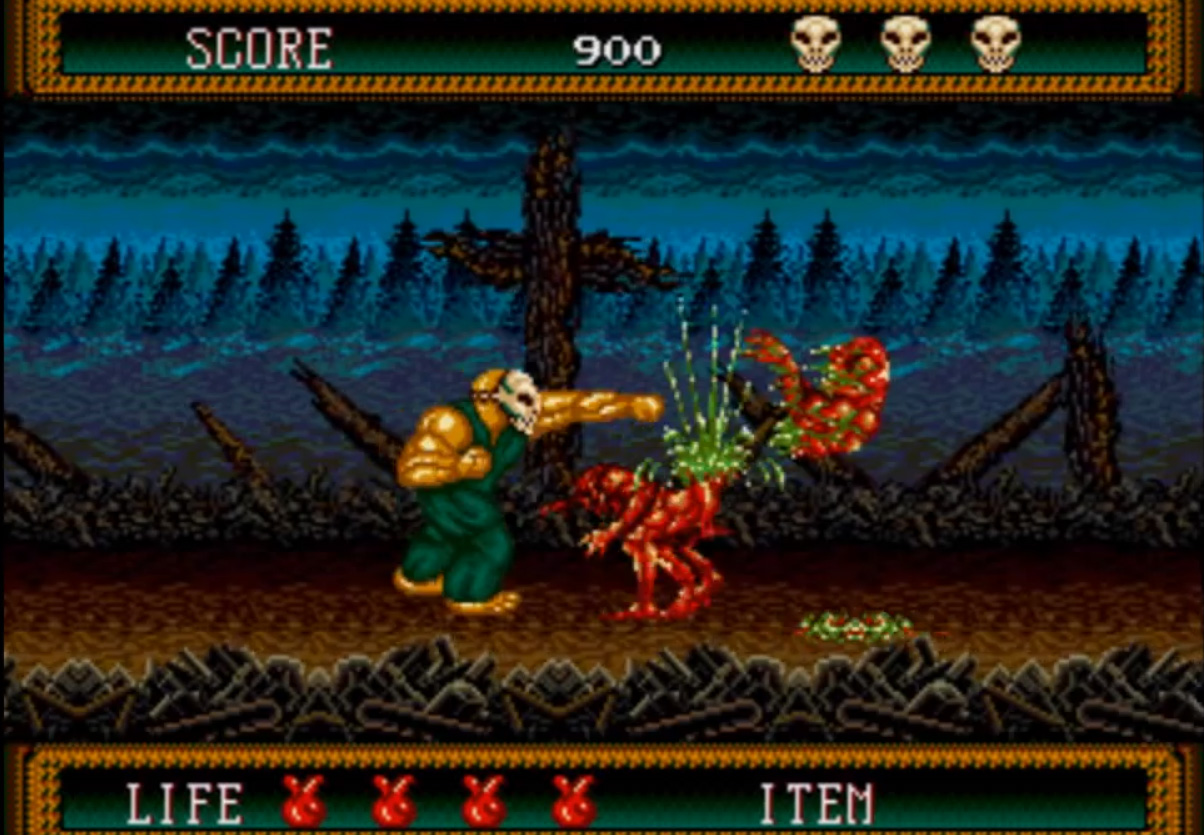 And then there was the controversial 'foetus' scene. During this scene four mutant babies dropped through holes in the ceiling, suspended by nooses around their necks. You then had to dispatch the babies with a chainsaw or pair of shears while they tried to kill you with their toxic vomit. Now there's a sentence I never thought I'd have to write. There was a plot of sorts, but it didn't really matter given that the gore was very much the game's focus. It's only a shame that the game's designers didn't spend more a little more time on improving Splatterhouse 2's gameplay. 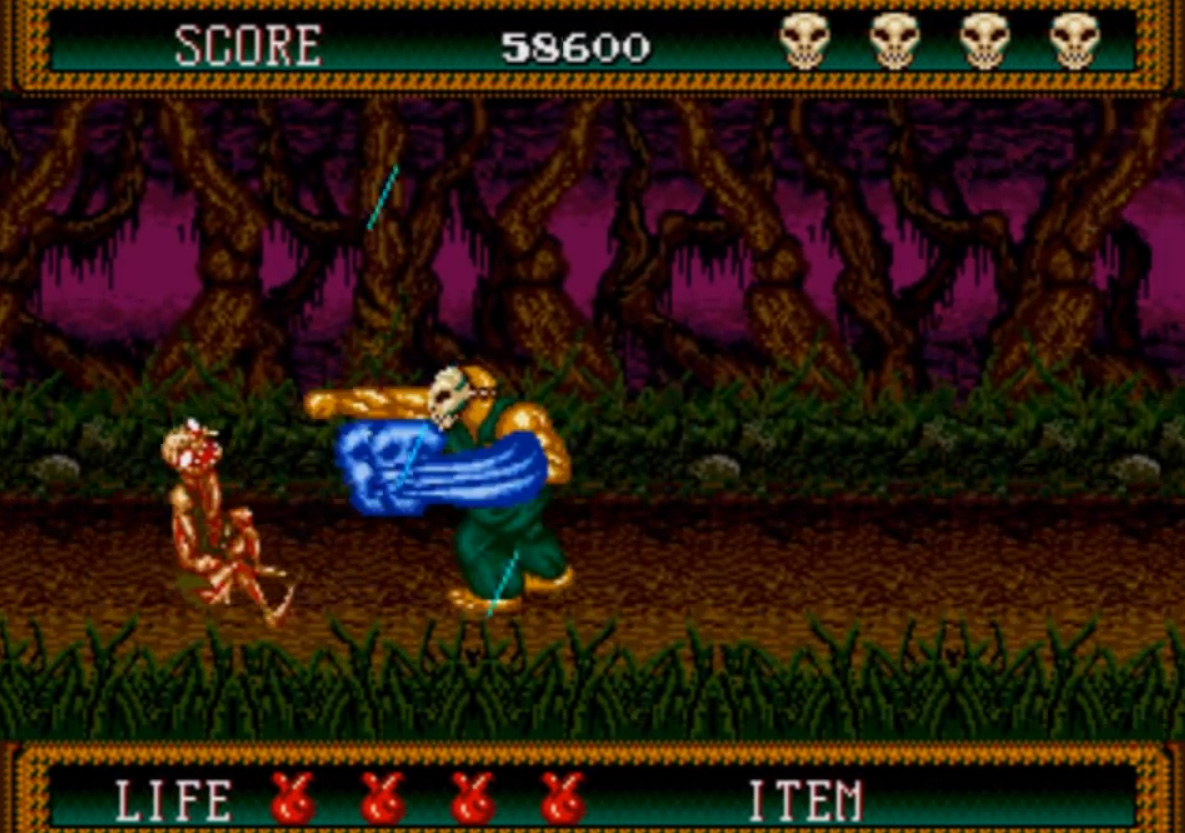 Unlike other scrolling beat-em-ups, such as Streets of Rage 2, where you could be the game by skill alone, Splatterhouse 2 required you to remember specific enemy attack patterns. You could only move left or right in one plane so, if you happened to be in the way when a monster bounced on the screen – you'd take a hit. In order clear a level you often had to play it again and again until you knew which spots were safe to stand in and which weren't. This, coupled with the main character's limited move set – one punch and a slide kick – meant that it just wasn't much fun to play. In fact, the only reason I kept playing was to see what horrors the game was going to throw at me. And when I'd played it through a couple times, it went back in the drawer. 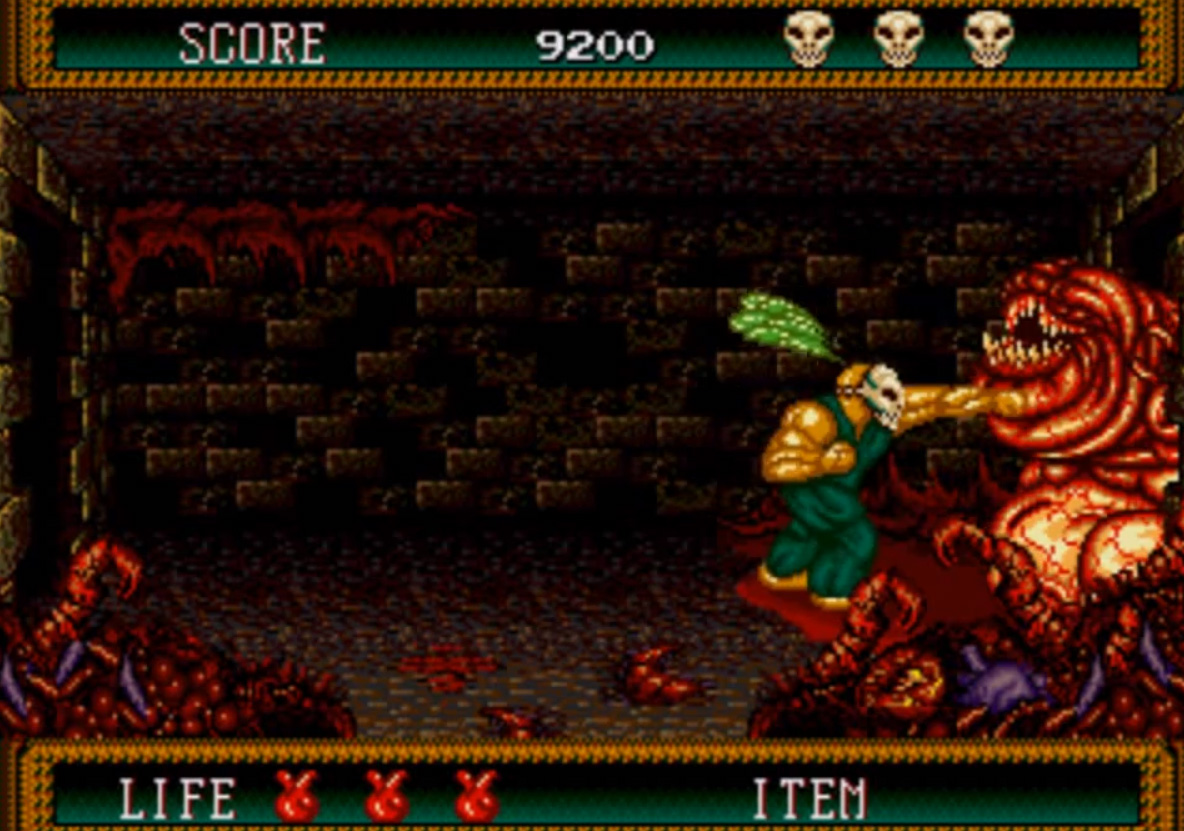 Splatterhouse 2 deserves a mention for being the subject of so much controversy upon its initial release. And the name still carried enough weight for Namco to release modern remake on the PS3 and PS4. But as a game it just wasn't much fun to play. If you want to see it in action, there are several long plays of the game available on Youtube. Splatterhouse 2 remains a mildly interesting curio but isn't worth more than a brief look, just to see what all the fuss was about.