Reality TV has a lot to answer for.  Not merely for introducing the world to the Kardashians but for ensuring that mentioning ‘Big Brother’  now conjures up images of a houseful of galloping imbeciles,  rather than Nineteen Eighty-Four, the dystopian novel which spawned the term.  Yet Orwell, named after the author of the aforementioned tome, doesn’t seek to claw back the term.

Instead, it sets out to make you contemplate the right and wrongs of surveillance, by placing you in the uncomfortable position of a government-endorsed snooper.  But it ends up hobbled by its clumsy mechanics and a cast of characters who predicaments and personalities provoke only indifference. 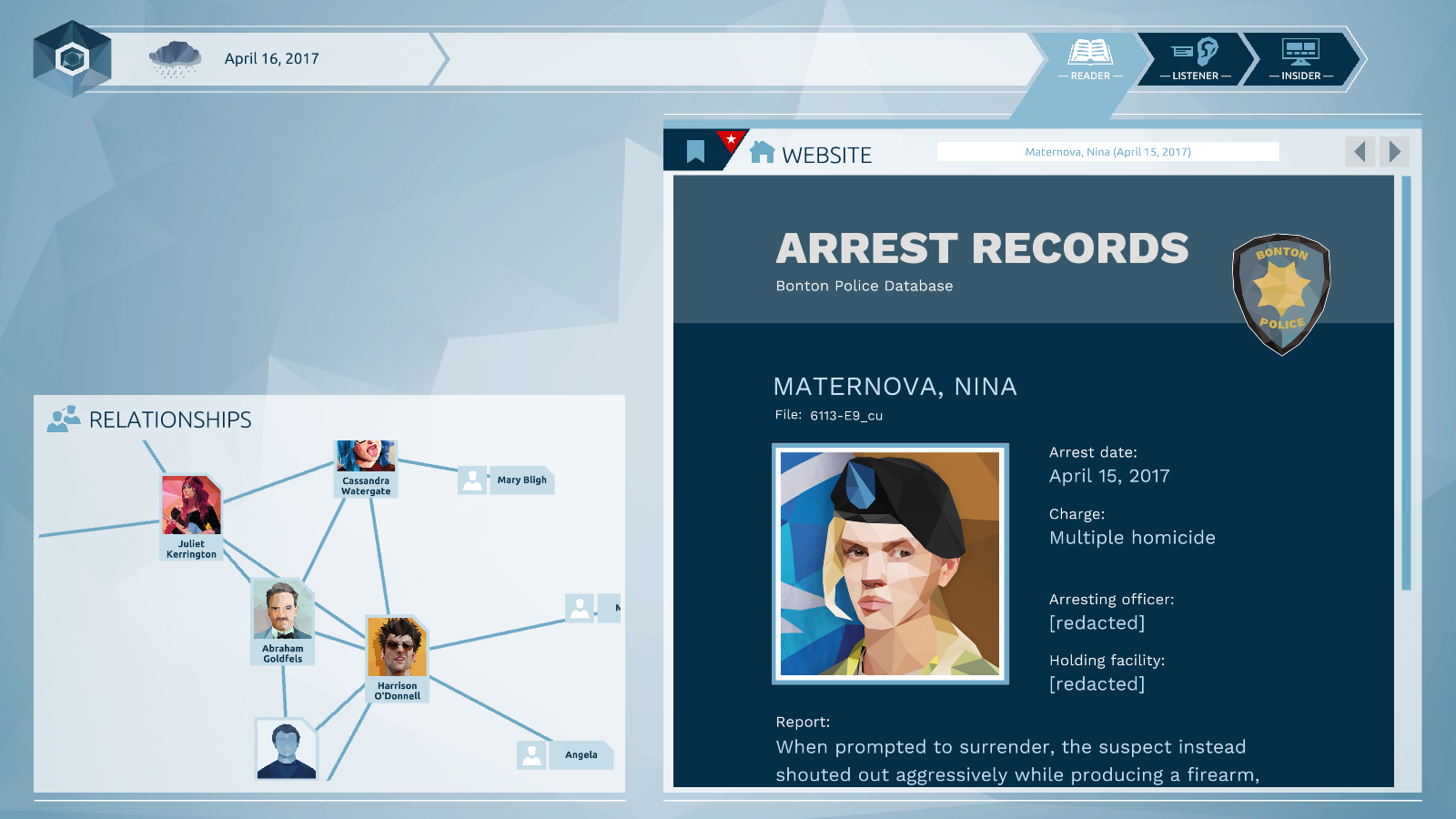 What a tangled web they weave.

Orwell takes place in the fictional western country of ‘The Nation’, whose government have approved the development of a covert surveillance system, the titular Orwell. The snag is that it can only be directly utilised by an outside agent, which is where you come in. As the aforementioned agent, you are expected to pick through sources of information as you investigate the circumstances surrounding a terrorist bombing.

I have to confess, I was champing at the bit to not only indulge my own base voyeuristic instincts but to explore just what impact my own actions would have upon the lives of others.  A few hours later, I was starting to wish they’d found someone else for the job, resenting the exercise in drudgery that the game had become. 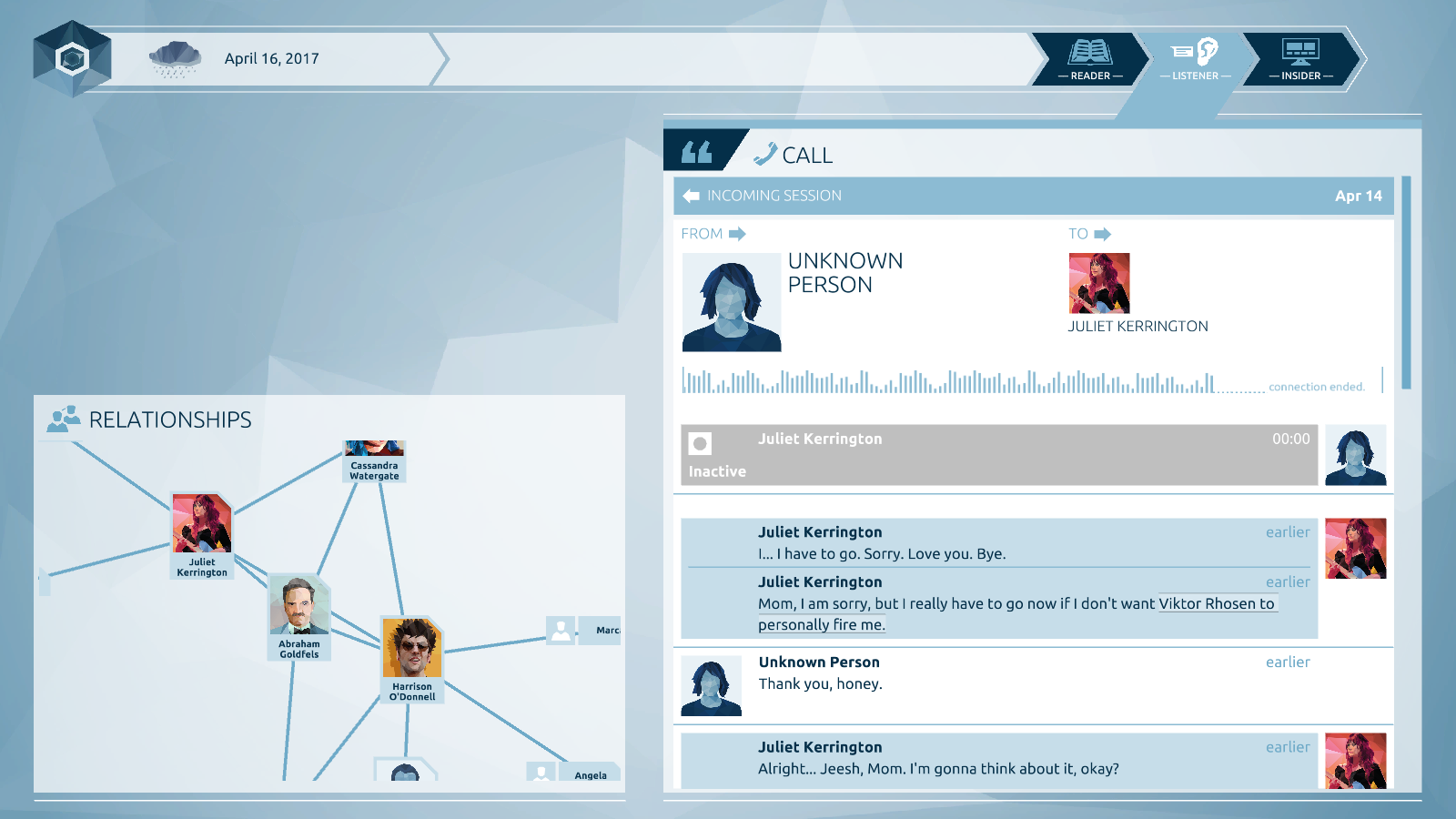 The Faceless Old Woman who secretly lives in your computer.

While Orwell’s premise is undeniably intriguing, it suffers from two failings that, in concert, managed to kill my interest in the game.  The first issue with Orwell is that the title’s core mechanic is pretty tedious.  The game has you following a trail of breadcrumbs, browsing through documents and phone conversations – all text based – looking for the next clue.

Dragging the relevant word or phrase to the top of the screen will often grant you access to another information source and the process continues. Yet since the game highlights the relevant pieces of information for you, there’s no real puzzle element – instead, it just feels like boring office work.  Granted, that may be true to the practicalities of the situation, but it doesn’t make for an enjoyable experience.   Indeed, I found it to be so dull that I felt I should have been getting paid to play Orwell. 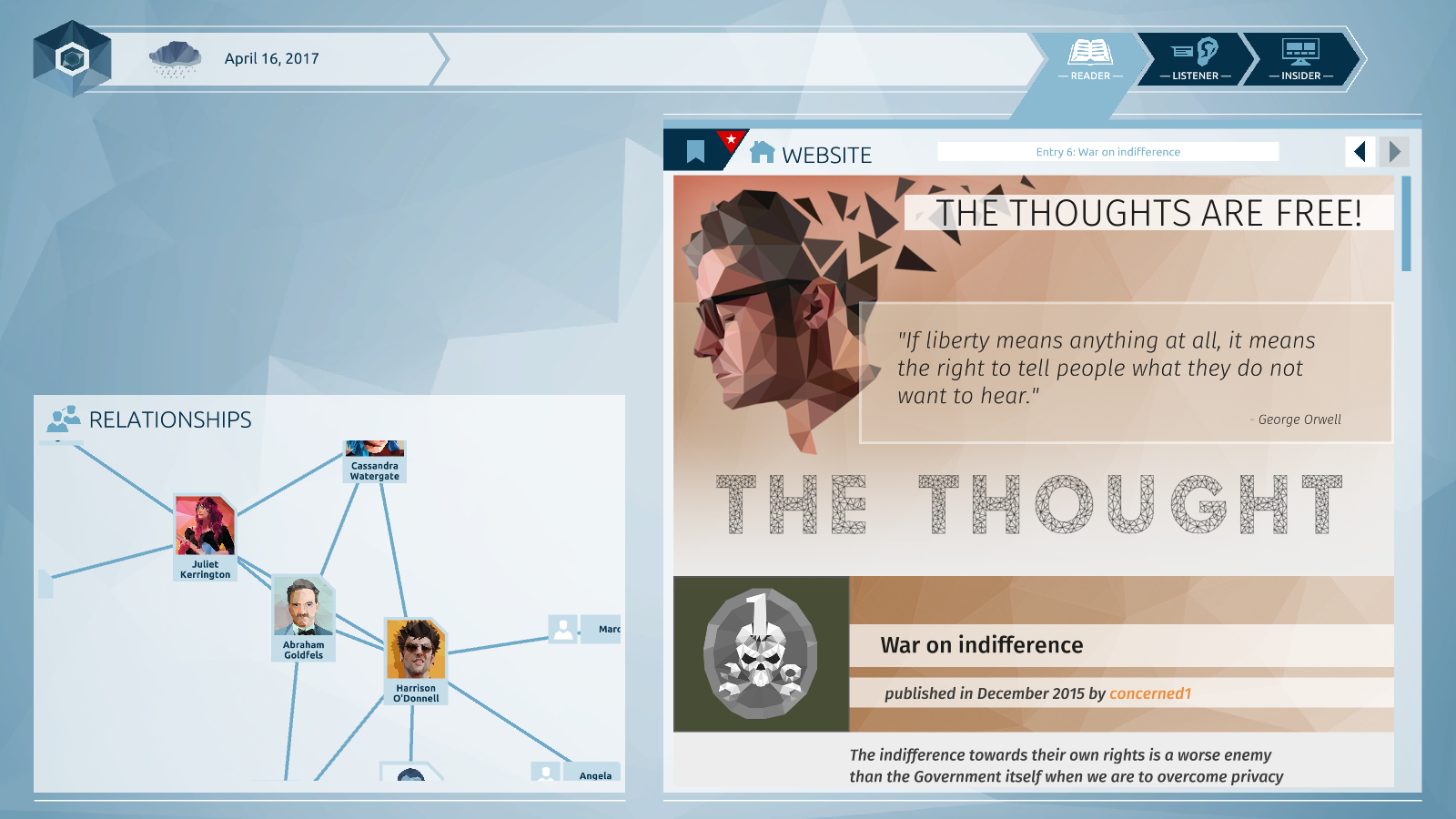 The internet is real bad, kids. Just say no.

The game’s creators clearly wanted me to consider the consequences of my actions and the impact they would have upon the lives of these characters, as evidenced by Orwell’s rather heavy-handed ending.  Unfortunately, they came across as such an bland lot that when a decision I took did impact their lives – something that typically only once or twice per chapter – I didn’t care one jot. 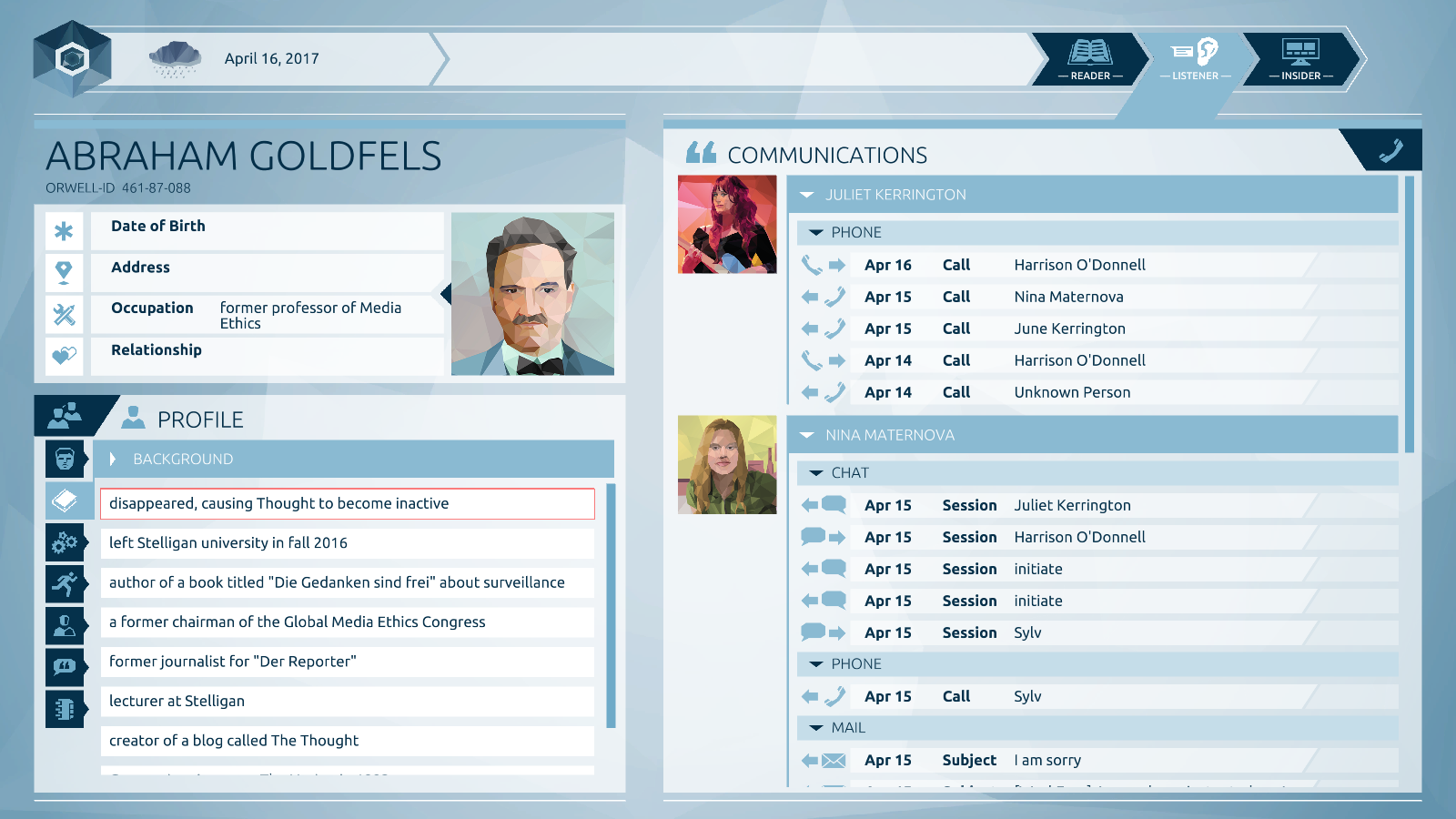 Eavesdropping on people's phone conversations - in text - isn't as interesting as you might think.

As an aficionado of the eerily prophetic Nineteen Eighty-Four,  I really wanted to like this game.  And Orwell isn’t entirely without merit - the storyline does feature the odd unexpected twist, and the creators deserve kudos for tackling a tricky and relevant subject.  Unfortunately, good intentions aren’t enough to salvage the game and the serious points Orwell attempts to make end up stifled by its monotonous gameplay and lacklustre characterization.