WARNING: This review contains some rather gruesome screenshots. If you are of a nervous disposition and prefer looking at pictures of kittens, then I suggest you avert your gaze and seek another article.

Just what is horror? Google's online dictionary, is 'an intense feeling of fear, shock, or disgust.' Which is why films such as 'Hostel' are considered horror, despite not being all that scary. The same can be said of Waxworks, a game which isn't scary but which remains one of the goriest games I have ever seen. It's also one of the more frustrating games I've played, but more on that later.

While Night Trap may have attracted a lot of public and press attention, Waxworks received a brief mention in the mainstream papers, but mostly slipped under the press's radar. It was published by Adventuresoft in the early nineties, under their 'Horrorsoft' brand, and was the final game in their action-adventure horror trilogy. The first two games 'featured' large-bosomed horror host 'Elvira', although her appearances in the game were fairly minimal. This third entry ditched the Elvira license and casts you as a nameless everyman who has inherited his Uncle's cursed waxworks. 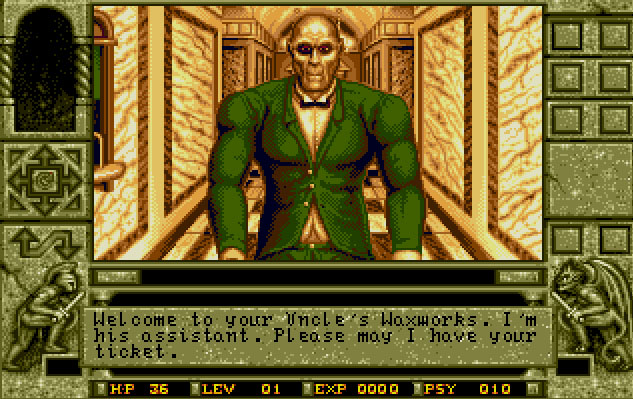 Granted, it's not the most original plot in the world, since it's really just an excuse to have you roam around four different areas, a graveyard, an egyptian pyramid, a mine and olde London. In each location you have to hunt down one of your cursed ancestors and dispatch them. But you can't just wade and in gleefully stab them in the face – there are other enemies to be dispatched first and puzzles to be solved. Though in all likelihood, they'll dispatch you first, resulting in a game over screen showing your gruesome fate. My personal favourite – because it shocked me the most – has to be the screen that shows your head and limbs being ripped off by vines. Even the most gruesome modern horror likely wouldn't show this scene in such detail. 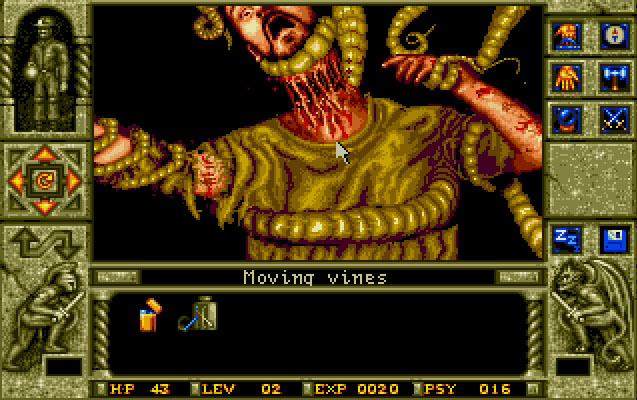 But, the deaths aren't the only gore-soaked aspect of the game. The London section starts with you standing over the body of a Victorian prostitute, her throat slashed open. And since the game uses 2D art rather than 3D polygons, the graphics have aged fairly well. They're not HD, but they're good enough to convey the horrific nature of the sights you encounter. And while the levels aren't massive, they have enough side passages, turns and dead end to make exploring interesting. Right until you wander into a tripwire that takes your face off, that is. 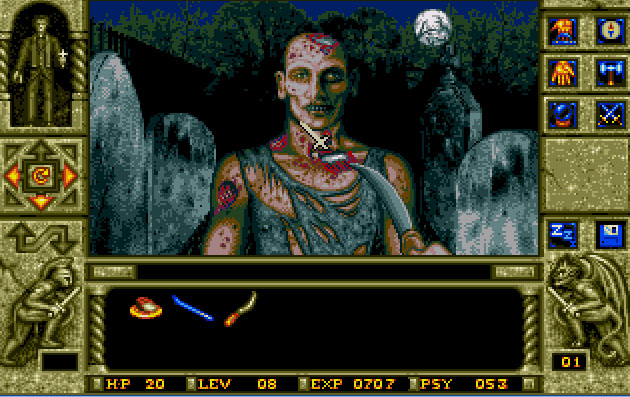 All the levels feature puzzles of some kind, requiring you to use an object to bypass another obstacle, in typical adventure game size. Failing to solve the problem may, again, lead to your demise. Some levels also have you directly fighting enemies. However, while you view the action in Waxworks from a first person perspective, though you can only turn left and right in quarter-turn increments. This was the norm for the time but it makes combat a bit clunky. 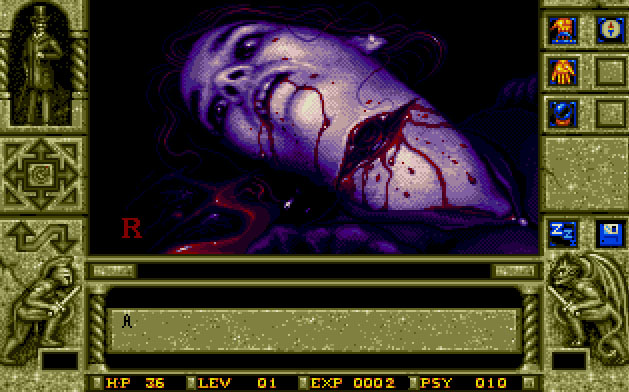 There's no doubt that Waxworks piles on the gore and later throws dismembered corpses, zombies and fungus infected miners. Yes, this game was doing Clickers before The Last of Us. However, there is one aspect of the game that may cause you some frustration and it's something that rarely rears its ugly head in modern games. It's possible to reach a point in the game where you can be stuck because you lack an object you forgot to pick up but can't go back for. This happened to me last time I played the game, and I was sorely tempted to just chuck the CD out of the window there and then. 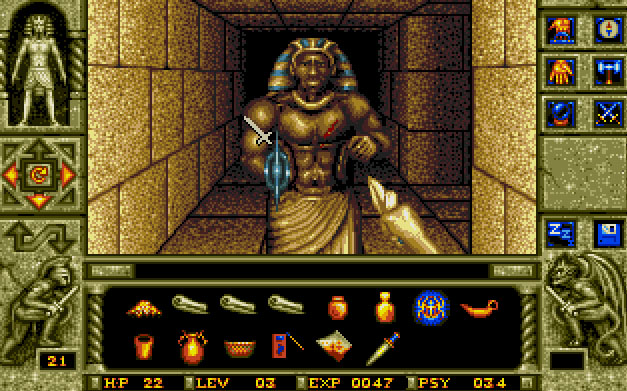 But is it still worth playing? Yes, it is. It's sufficiently different from today's fare to be interesting and is horrific and enjoyable in equal measure. Completing a level and getting one step closer to putting an end to the curse feels strangely satisfying. It might not to be to everyone's taste – if you don't have a strong stomach, you might want to skip it but for everyone else, this ghoulish and gory gaming attraction is well worth the price of admission.