Games can evoke a range of feelings: joy, excitement, sadness, frustration, anger, and even boredom, though I doubt many designers would actively court the latter. There have, however, been moments where the only semi-rational reaction to a game has a loudly exclaimed 'WTF?' For your bemusement, I present..

WARNING: This list contains spoilers for all of the games listed. 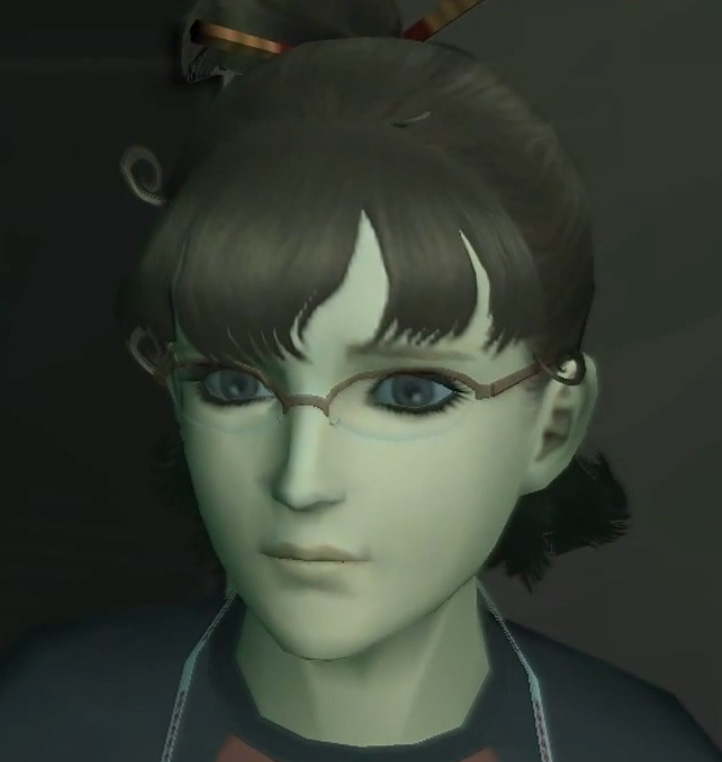 There was something slightly odd about the relationship between Metal Gear Solid 2's Otacon and his sister Emma, but that's nothing compared to the moment when you first meet her. You discover her cowering in a locker – if only she'd had the foresight to conceal herself in a cardboard box – and, upon discovering her, she has a very visible 'accident'. This weirded me out so much, it took me right out of the game. There was no narrative reason, as far as I knew, that compelled this reaction to Raiden's presence and I remember thinking, almost straight away, that this scene was put there to cater to a very specific fetish. I think I was probably right and that while MGS V's Quiet's outfit may be somewhat suspect, it could have been a lot, lot worse. 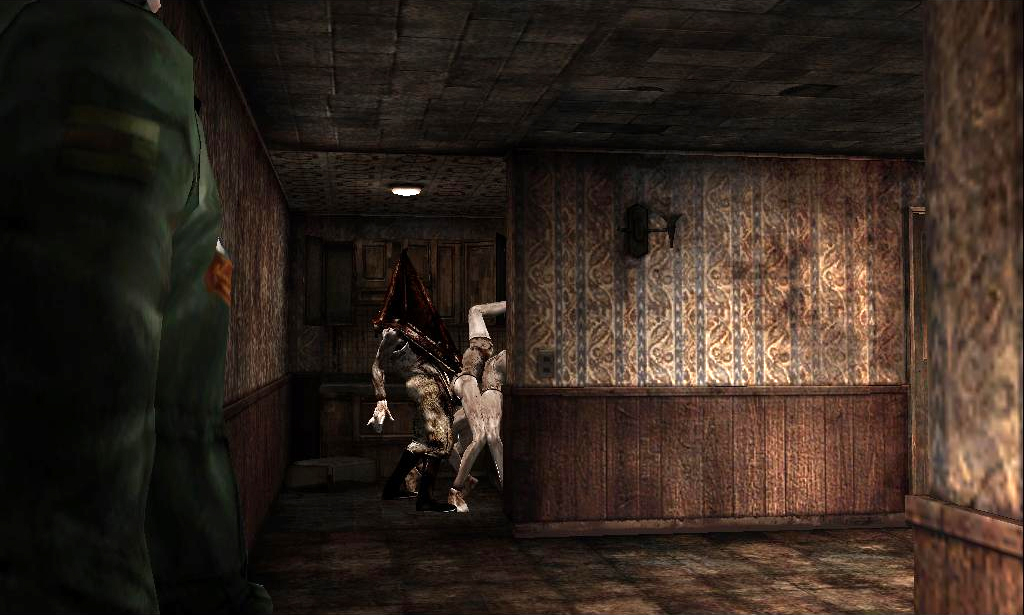 The monsters in Silent Hill 2 were moulded, if not actually brought into existence, by the psyche of the individuals who were drawn to the town. It wasn't entirely surprising, therefore, that many of the character designs had sexual overtones. Nevertheless, I did something of a double take when, while playing Silent Hill 2, I witnessed one the monsters, Pyramid Head, apparently taking advantage of a couple of the game's four-legged mannequin monsters. I remember thing.. 'Hang on... what's.. is... is he?' Granted, the scene was slightly ambiguous as to whether he was having his way with the other creatures or was just dispatching them. Either way it, was one heck of a 'WTF' moment for me. 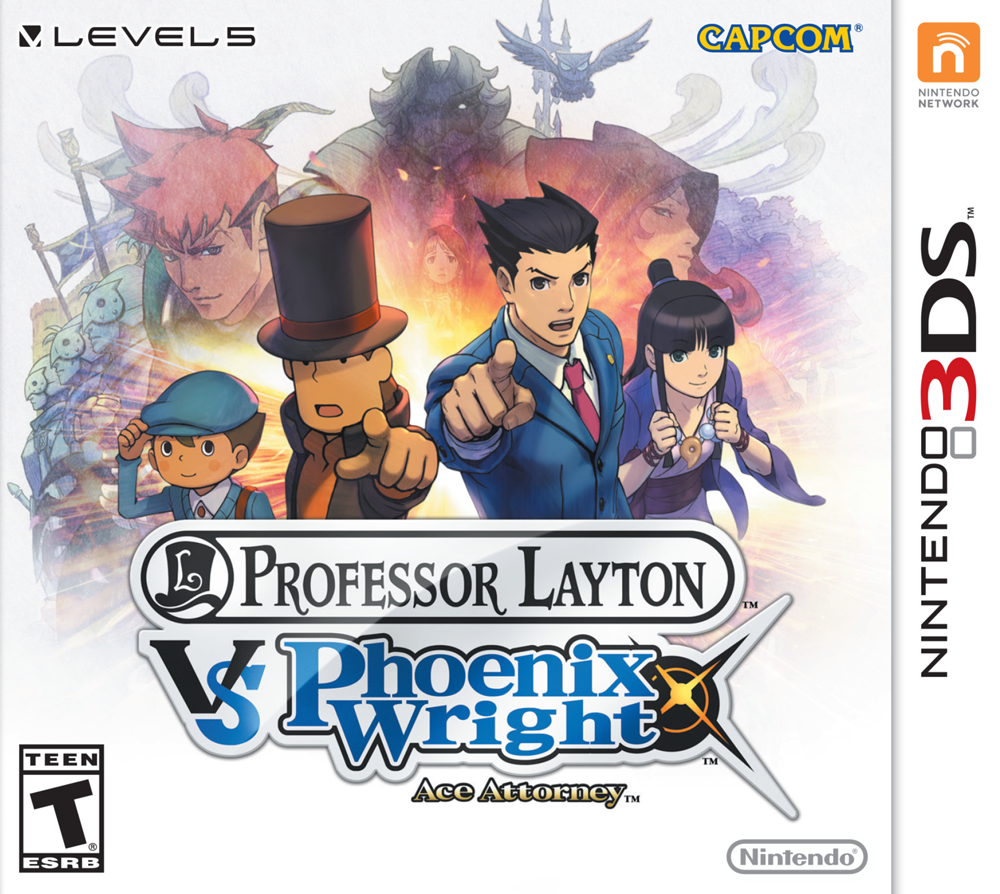 The Ace Attorney and Professor Layton games have never been straight forwards in terms of their respective narratives. Each series' storylines typically feature convoluted leaps in logic and sport more twists and turns than a million M. Night Shyamalan movies. But Professor Layton VS Ace Attorney really took the cake. The game took place on an island where magic was apparently real and you were forced to defend clients based on the rules of magic. But the end of the game revealed that there was no magic and the inhabitants had all been drugged by a strange mineral which apparently also made certain colours totally invisible to them. Yes, it sounds daft as I type, but that's just the tip of the iceberg. This 'twist' meant that not only did most of the events in the game not make sense, but there was no reason for them to have taken place. I usually replayed each Ace Attorney game at least three times, but this game went straight onto E-Bay after that little WTF moment. 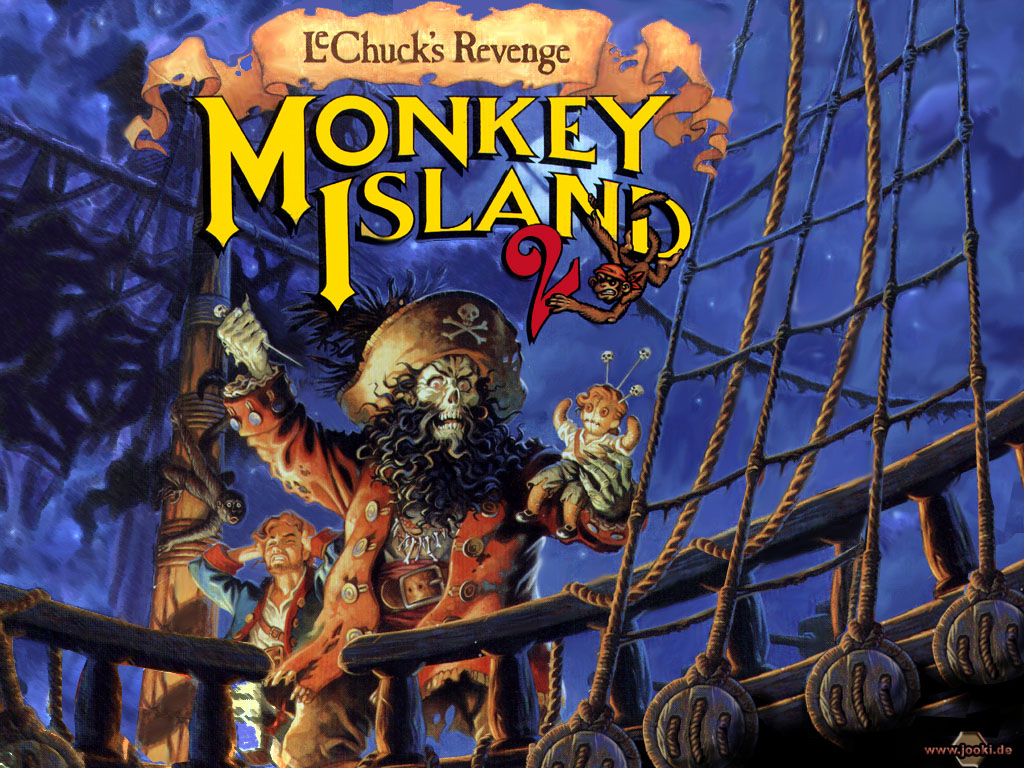 I loved the Secret of Monkey Island, with its quirky sense of humour and odd but rarely ifrustrating puzzles. The game also appealed to me because it was nearly impossible to die in the game, resulting in a heavily reduced frustration factor. I enjoyed it so much so I was willing to tackle the Amiga version of the sequel, with its eleven disks and associated disk swapping. Yes, really. If you thought swapping disks on Mass Effect 2 on the 360 was a pain in the backside, consider yourself lucky. Eeh, kids today, don't know they're born, etc. Anyway, Monkey Island 2 ended with your character, Guybrush Threepwood, apparently defeating the evil ghost pirate LeChuck. At which point, the plot jumped on the fast train to loonyland. Guybrush's parents walked on screen to reveal that that the game was just little Guybrush and his brother Chuckie messing about. Naturally, subsequent games revealed that this wasn't really the case but at the time my brain did a backflip. Not least since the ending more else undid everything I'd done in the game. 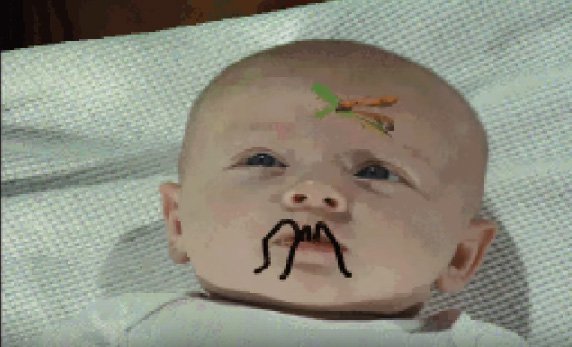 But while the above certainly made me do a double take, by far the biggest WTF in games was for me, the baby scene in Harvester. Early on in the game you witness a couple of wasps attacking a spider, in a baby's cot. At the time, I didn't know what a parasitic wasp was, nor did I know that it paralyzed its prey and then laid its eggs inside the beleaguered creature. As repulsed was I was by the subsequent video sequence where the baby was shown to be chewing on the spider, I thought that was as bad as it would get. How wrong I was. Later on in the game, there's another gruesome sequence which shows the young wasps forcing their way out the child's eyes, dislodging its eyeballs in the process. This touching scene is further complemented by the fact that, moments after, the mother seeks to rectify the child's malady by pushing their eyes back in, leaving them cross-eyed. While there have been other WTF moments in subsequent games, nothing has come close to matching the sheer astonishment and revulsion I felt upon seeing that scene.

So which games have made you go 'WTF?' And do you think eliciting that kind of reaction should be thought of as a positive or negative trait? Leave your comments below.