The Language to Convey the Past 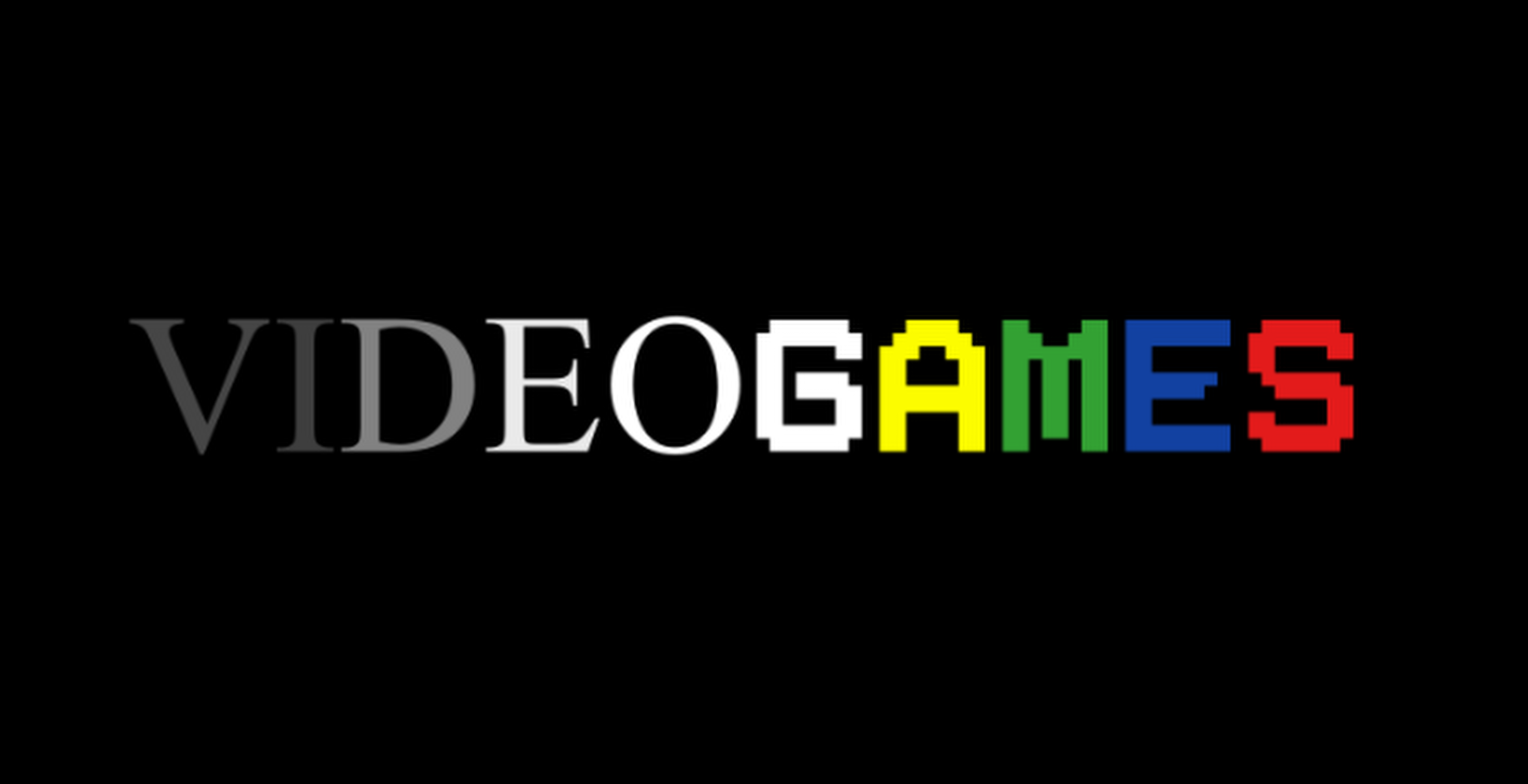 The past seems like a tricky thing to convey. When you are making something how do you possibly imbue that ephemeral idea into something that exists in the here and now. How do you make something feel like it is in the past? Well different mediums have different ways of achieving this but I don’t think that many people consider how videogames should do this.

If you’re making a movie this is an obvious choice. The easiest and most immediate thing you can do is just slap a black and white filter over the top of things and bam! You have a sense of history. So say you’re making a game now and the story involves a scene in the past, what do you do to convey that feeling? Well games are also a visual medium, like movies, so bam a black and white filter over the top! Woah woah woah, hold your horses there hotshot! Though this will work in most instances, we should questions whether or not this is the best way to go about things. 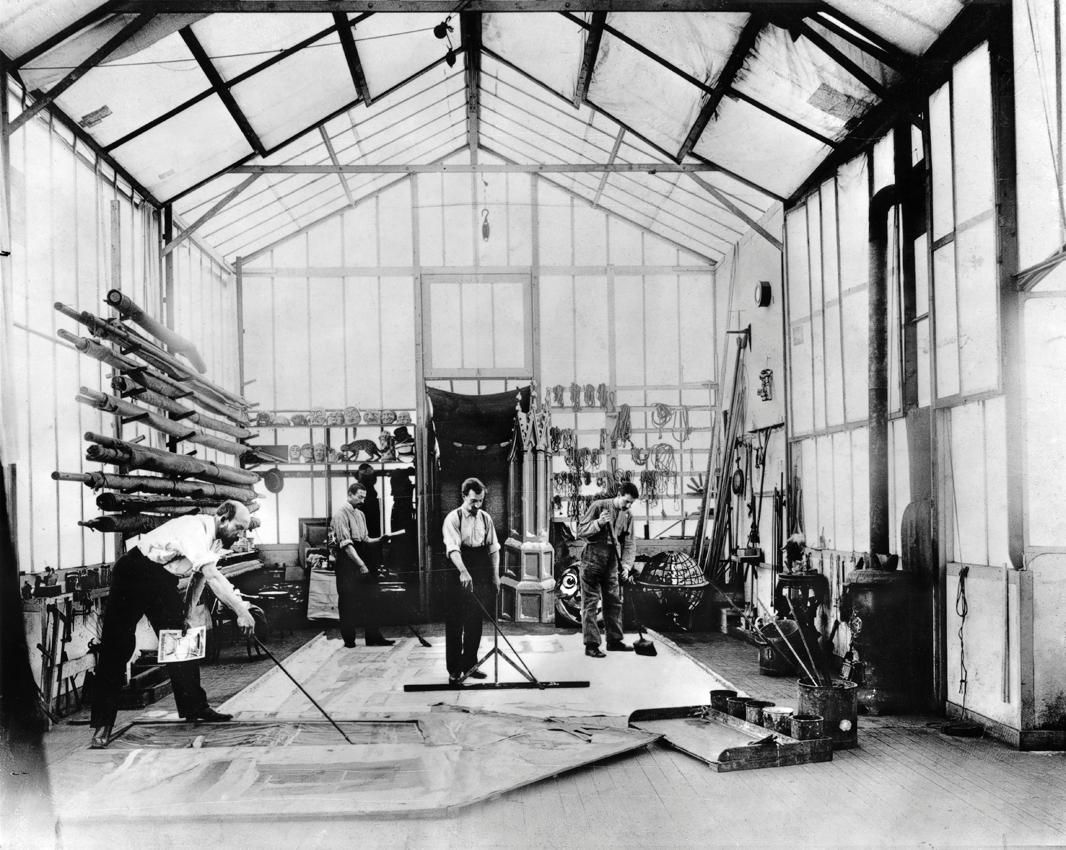 See the reason why the black and white stuff works for film is that it is tied to the history of the medium itself. It came from a limitation of the technology at the time and wasn’t initially used as an artistic choice. Once colour film entered the fray, there was no turning back as colour gave you a more realistic image. Usage of black and white then becomes a tool for all film makers to use. It was something that was part of the history of film and that history can be leveraged to evoke the feeling of the past in the audience (It is of course also used for other reasons but those are out of scope for this blog so we can ignore that here. )

Videogames too have a history to draw upon but it is disappointing to see how little of it is being used for anything other than aesthetics. Technical limitations forced artists to only use certain colours or certain numbers of polygons for 3D models. So why are these things not used to convey the past in modern games? It is harder than just slapping a filter on things for one. I think the main thing is that collectively, we are not used to reading things or thinking about them in terms of videogame language. Now the reason I say that is because there is actually an example of this in a major AAA game but I don’t think anyone really brings it up for being artistic. 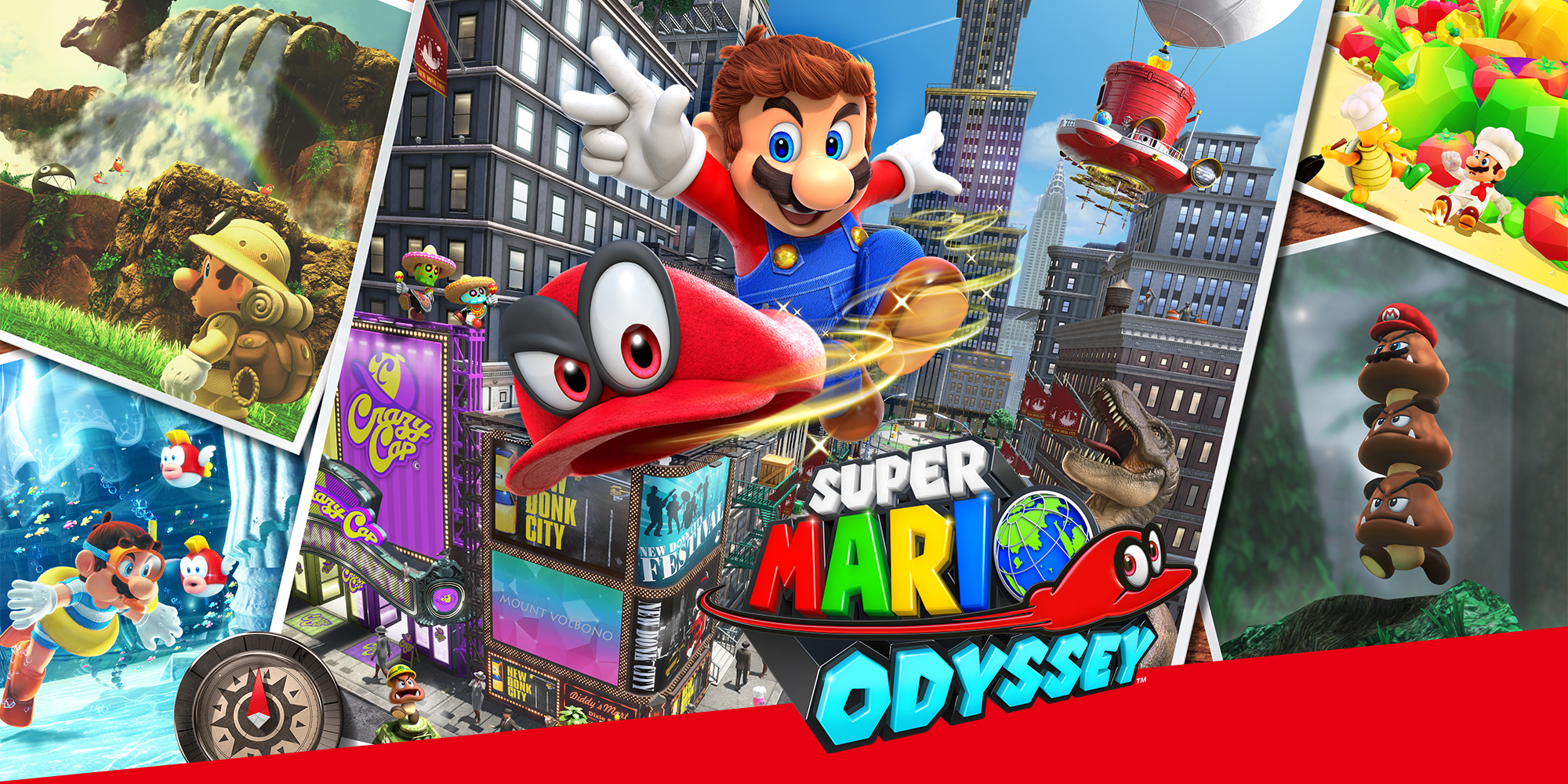 Super Mario Odyssey uses 2D levels and I have only really seen takes of this as exploiting nostalgia and nothing more. Many long time Mario fans will find joy here but others have talked about it being a lazy way to cater to fans and I just don’t understand how that could be the case. The inclusion of these levels would require much more effort on behalf of the developers to put into the game. So really, if you were being lazy, you would have just not included them or made the pipes warp you into a 2D level. Nintendo went through the effort of making these textures that map to walls and made 8-bit versions of a bunch of assets. This means there has to be a larger reason at play for why they did this and I think, like black and white, these 8-bit levels are used to imbue these locations with the idea of the past.

In Super Mario Odyssey you travel to kingdoms and have fun running around doing touristy type things but one of the joys in travelling to real places is in discovering the history of the land which can be found in ruins and in the dirt/rock. These 8-bit, 2D levels being textures that map to the ground and to the walls of places is a way of injecting the feeling of the past onto those virtual walls and into the virtual ground. It is a way to fake the feeling of archaeological and geological history by using the history of videogames.

Depite that example I must cede that this idea doesn’t map cleanly to videogames because, unlike movies which more or less abandoned black and white, there are many modern games that use low-res models and the 8/16-bit aesthetic. The fact that games using these “outdated” mechanics and aesthetics are still plentifully coming out makes the connection to the past in our minds much fuzzier. 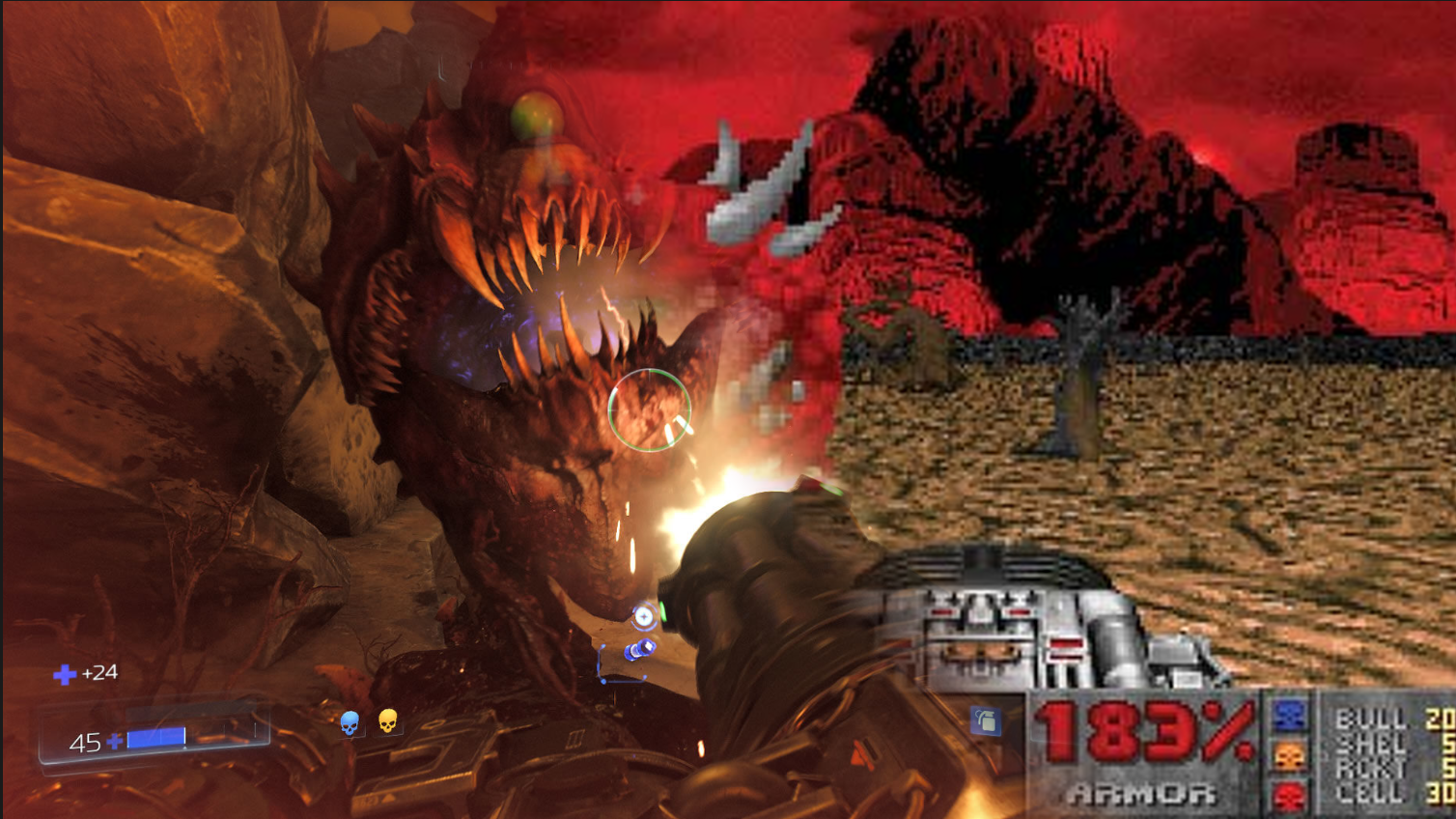 Conceptually it’d still work but it would just require a little bit more re-enforcement and would probably have to be somewhat game specific. For example I can imagine a new 16-bit game being released that had you playing flashback scenes that were in 8-bit that would work quite well. I have a hard time thinking about this same example in terms of a super realistic AAA game using PS1/N64 era graphics but I’m not sure if that is because the concept itself doesn’t work or that those games use so much film language that it would be jarring. For me, it works in Odyssey so I am more in favour of the latter.

The Past Used in the Future

This is really exciting to me because it makes me think about all the other ways this idea could be implemented in other games. I’m not going to go too deeply into a specific case study here but imagine a game having enemies that represent the “past” (or whatever) be PS1 era graphics while everything else in the game is more modern. It could work the other way as well where perhaps the point of the game is that the future is the problem and so the protagonist and the weapons are all 8-bit or blocky (like Minecraft) and the obstacles/enemies are all highly detailed sprites or models. It doesn’t have to be static like that either, maybe the idea of the story is that the protagonist makes choices on whether they like tradition or progress and the game can reflect those choices over time by making the character’s model lose or gain detail.

Those examples are all visual because I think that is the easiest to get across but remember games have mechanics and music and all kinds of art forms that you could do the same things with. So you could just as easily replace models and sprites in those examples with music or even mechanics/controls, after all Super Mario Odyssey does all three of those things with its 2D levels inside of the 3D game. 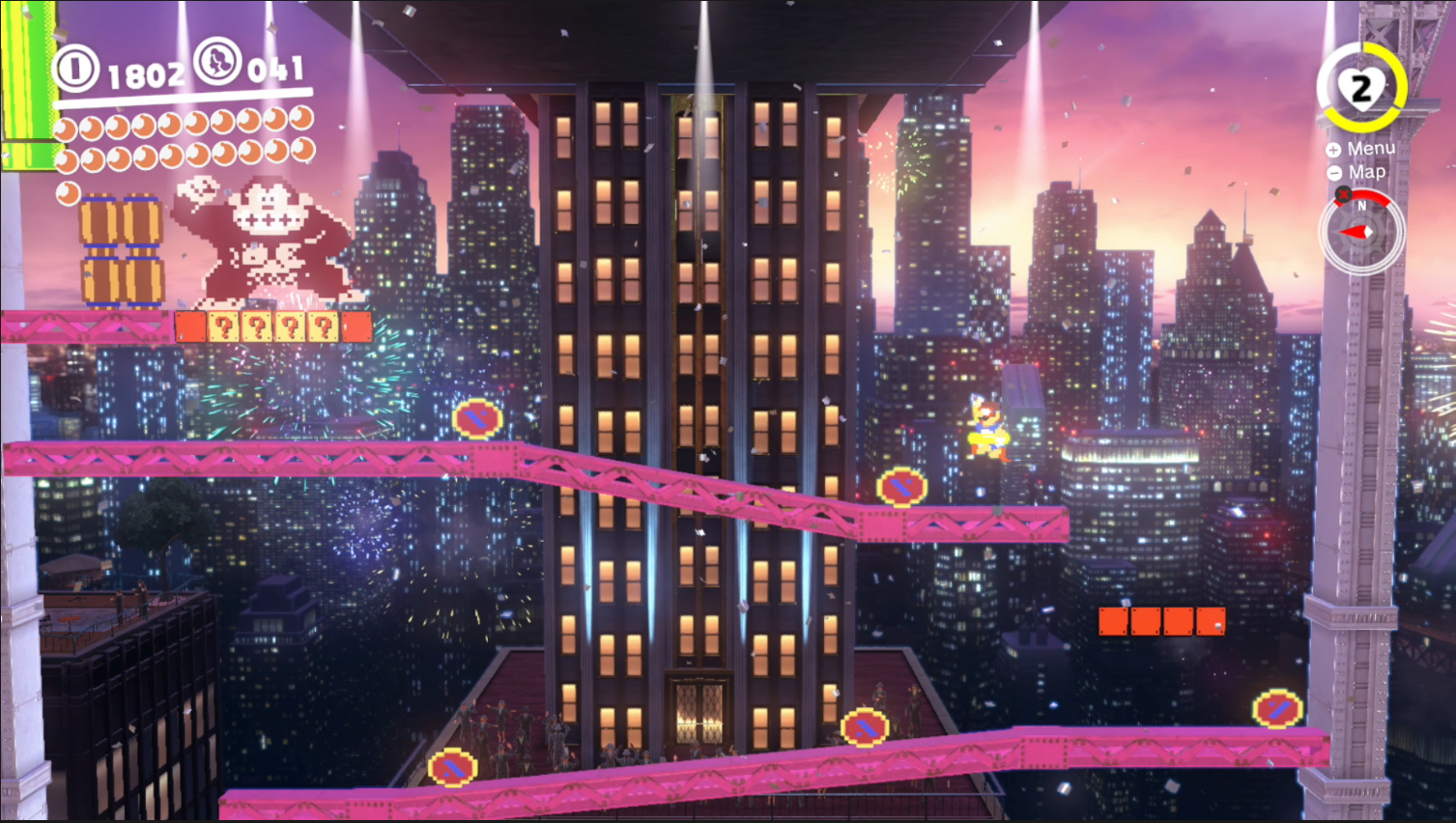 The past seems like a tricky thing to convey but with the tools available, it really isn’t. Film gives us one way we can do it but makes our games feel like movies. Super Mario Odyssey shows us a way to do it while retaining that game feel but it went largely unnoticed. There is a great potential for what games can do in the future but it relies on all of us understanding the tools that are available to the medium. The medium’s history itself is a tool to be used just like the type of music in a level or a character’s abilities and can absolutely be exploited to express ideas and invoke feelings.

So if you’ve made it this far I’m going to assume you are keen on the idea of games as art. If you would like a more in-depth look at Super Mario Odyssey and how it uses not only its 2D levels but a bunch of other videogame language to convey the idea of having a "vacation” I made this video about it:

Regardless thanks for reading :)