Many of you may know this about me; I love the old school game stuffs. From vintage consoles too hard to find handhelds, I love em all.

This week I will present to you, the reader one of the cooler items that I have come across in my travels. I will also share something so awesome that that your heads may literally explode (although I highly doubt it. Actually it really isn't that awesome).

On to the show!

Up first we have the star of this blog:

That's right folks, what we have here is the awesome Atari Lynx Handheld! For those not in the know, the Atari Lynx was put out on the market the same year as the Nintendo Game Boy (1989). The Atari Lynx had a full color screen and was manufactured with the ambidextrous in mind.

Unfortunately for Atari the Lynx never really caught on with the third party crowd and quickly became a thing of the past, giving way to what would become the hit of the year the Game Boy.

I was lucky enough to find one of these in amazing condition during one of my many Goodwill hunts. Although I would have loved it if the original box had come with this I couldn't complain too much because, well you see, I also got the following to go with it;

Checkered Flag in original box with all inserts, including; 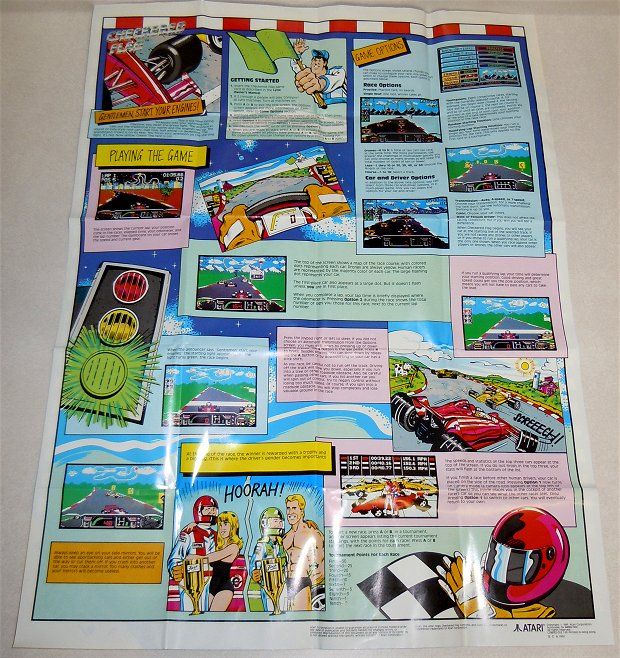 RoadBlasters in original box with all original contents. 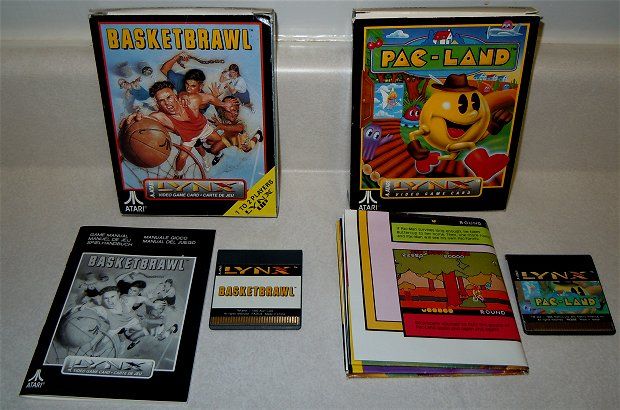 BasketBrawl & Pac-Man Land - both in original boxes with original inserts.

What was cool about Pac-Man Land (as with Checkered Flag) is that the manual is actually a giant fold-out poster!

All in all the Atari Lynx was an amazing find and definitely the highlight of my collecting over the past few months. But wait! The awesomeness isn't over yet!

Want to know what my second love is (next to video games)? Why it's Pinball! And what would be cooler than to add some Video Game related Pinball to my collection!

I love this thing. All of the sounds work and it even keeps score as you play!

The ONLY thing that would have made this even more amazing is if the sound effects were actual Super Mario sound effects, instead we have some generic sounding blips and beeps and the occasional whooozee whoooo. Still though, this is going to look great with the rest of my stuff.

Since we're talking about Mario, check these out! 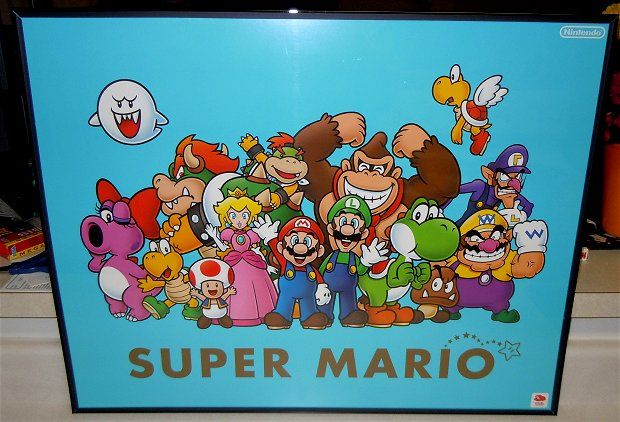 Here we have two of the three official Club Nintendo Mario posters (the third is awaiting it's special ordered frame because of its goofy dimensions). These will definitely look good next to my Zelda posters.

Moving away from Mario we have some Atlus goodies;

Galleon for the original Xbox (found at Goodwill for 1.99)

These next two aren't Atlus but they will both fit in nicely with my DS collection;

Madden 09 and Populous (By XSEED). Many of you may not know this but Madden 09 for the Nintendo DS is one of the more difficult games to find for a couple of reasons. First you have Brett Favre in his Green Bay Packers uniform (reason number 1) and then you have the last Madden game to be released for the Nintendo DS (reason number 2). If you happen to find this gem out in the wild I highly suggest grabbing it (if it is reasonably priced anyway).

Going from one handheld to another we have some PSP games;

First up is Jeanne D'Arc. Now I haven't played this yet (just picked it up today) but I have heard good things about it.

Here we have Madden 07, Tiger Woods 07 and Hot Shots Golf: Open Tee. All three of these games were found at Goodwill for $2.99 a piece.

Also found at Goodwill for the low price of $2.99;

Look, more Atlus love! Hammer'n Hero, Hot Pixel and Office Space. Hot Pixel was nabbed for 5 bucks, Office Space was bought for $1.99 (because I love that movie) and I found Hammer'n Hero at a GameStop located inside of the Gurnee Mills Mall on the border of Illinois and Wisconsin.

And finally for the PSP games this time around; 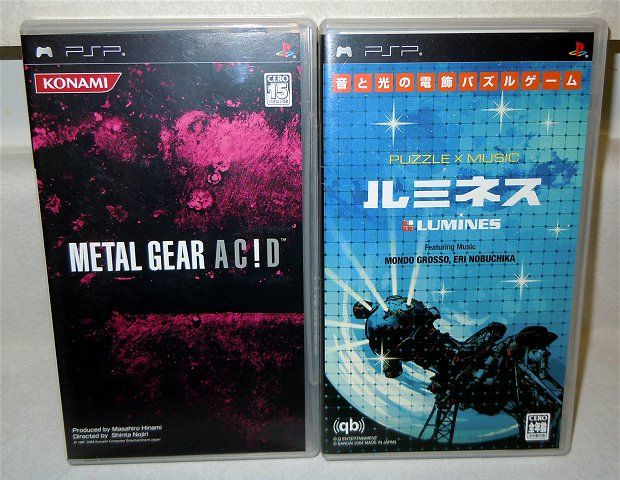 These were really neat finds, Lumines and Metal Gear Acid!, both imports from Japan. I snagged both of these together off of the Goodwill auction site for $6.00 total. Awesome.

I know I've mentioned this before but let me just say it again; my girlfriend is the coolest girlfriend a fella could ever have. Not only does she go with me on my game hunts she also makes cool stuff out of legos!

SPACE INVADERS!! Her next goal is to make me some videogame art big enough to hang on the wall...I can't wait!

And finally...I will apologize in advance for the stock photo that you will see below but I had no choice, you see I was the grand prize winner of GameStop's Halo Reach party (my local GameStop) that was held a couple of weeks back.
You see, GameStop was having an afterhours affair to show some new video highlighting some never before seen footage from the soon to be released Halo: Reach. Everyone who showed up was entered to win a copy of Halo: Reach - Legendary Edition. Guess what? Only three people showed up. Since only three people showed up the odds were pretty good that I could actually win this thing and as luck would have it I did.

So that's pretty much it this time around. I hope you have enjoyed your stay and Funk, you were right. I couldn't stop collecting even for a day.

Have a great night!

~ChillyBilly.
#Community
Login to vote this up! 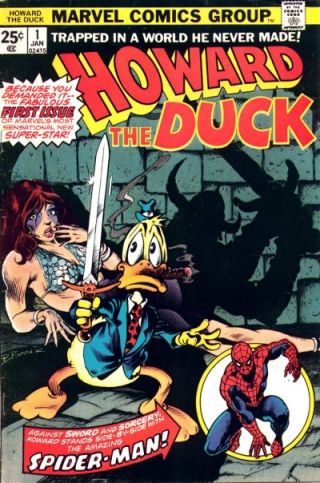 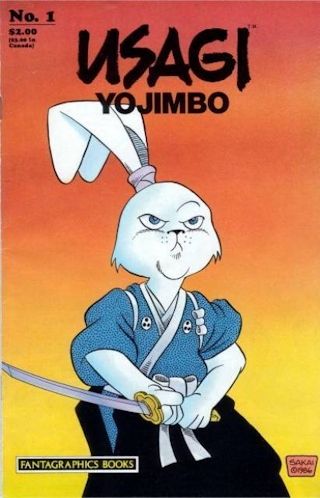