Kickin' it Old School with Might and Magic VII 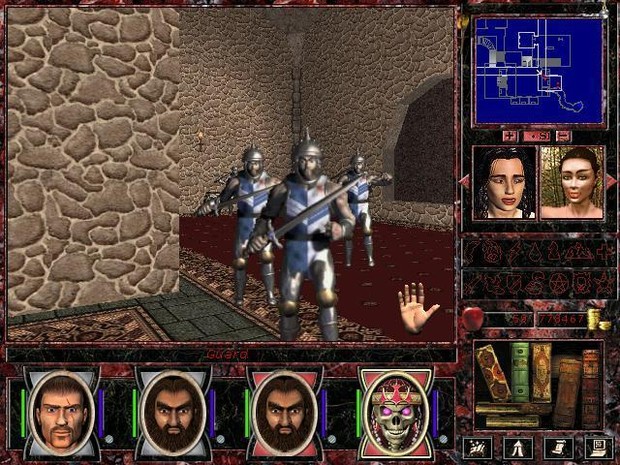 
I suppose what it really comes down to is whether a Might and Magic virgin would enjoy this game? I couldn�t possibly say. I can see so many things right about it; it has a rich expanded universe, old school RPG elements, a plethora of spells and skills, quests, dungeon crawling, a slew of awesome monsters to slay in a rather bizarre, yet weirdly effective, active time battle system, not to mention the worst example of early polygonal graphics to ever grace the world of videogames.

But I can also see why you could find it hard to become invested in this game 14 years after its initial release. The expanded universe can be impenetrable and alienating. The story doesn't exactly grab you by the tits and take you on an emotional, well written or even particularly interesting roller-coaster ride. The battle system doesn�t amount to much more than mashing attack and setting your best spells to automatic and although there was certainly some potential with the combat, it really doesn�t evolve much beyond clicking on enemies while occasionally using a few wildly ineffectual healing spells.

Despite all that, nostalgia is the most powerful drug and I�m glad to see that it still works on me. I�ve lost count of how many times this game has dragged me back and, with each new foray into its world, I expect to leave with my rose tinted glasses cracked and bent beyond all recognition. I never do. Each new dive into the comforting waters merely solidifies my high opinion of this game; it�s got a depth I still can�t entirely fathom and there is always a little something new to learn. Each time I start a new adventure I have a little more nostalgia to draw upon and dammit, nostalgia is all I need.
Login to vote this up!

Currently trying to get my shit together.