No share function for Persona 5? It's probably for the best

On Tuesday, Persona 5 will finally see a release in North American and PAL regions. Given that the game has been subject to lengthy delays, and released to much fanfare in Japan last year, the levels of anticipation have been steadily increasing amongst fans of the series and newcomers alike. It might have come as a bit of a shock to some who have made their pre-orders, then, that Atlus has disabled the share function for Persona 5. 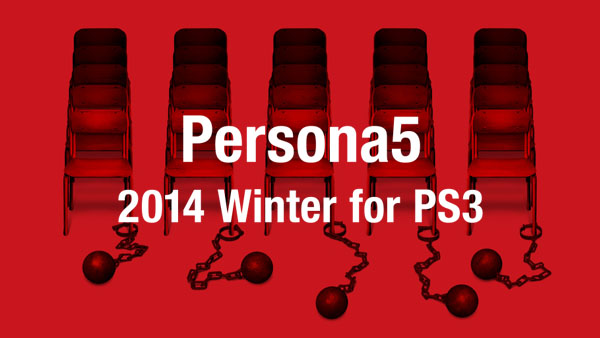 The widespread use of the share function can be considered one of the big game changers in the transition between the PS3 and the PS4. Being able to share crystal clear screenshots of gameplay and cut-scenes through the touch of a few buttons to Facebook, Twitter or your PlayStation Network feed has allowed people to create their own narratives around their experiences of gameplay, and has arguably brought gaming communities close together.

For some, seeking to capture a particularly cool screenshot is second nature, so it is more than a little jarring to discover that what will perhaps be their favourite game of the generation bars them from engaging in this precise activity.

Of course, Persona 5 and Atlus are not the only game and production company respectively to impose limits on the use of the PS4's share function. Initial tests of Final Fantasy XV led reviewers to suspect that the share function was unavailable, and NIS's Danganronpa V3 is projected to block shares after the prologue section.

The comments on Julia Alexander's Polygon article seem to suggest the ire of players in having this feature withheld is such that they would actually cancel their pre-orders over it. Is this a fair reaction? In my opinion, I can see why they are irritated, but it's probably for their own good that the feature is disabled.

The official, and completely plausible, line for the share function being withheld is the fear of mass spoilers. Atlus has taken their sweet time in developing the next core title of their Persona series, even going so far as to develop another game simply to test out the engine. They don't want people rushing to the end and then bombarding those earlier on in their journey with details as to how the story ends, whether they do this through thoughtlessness or through malice.

A 2014 trailer compared with a trailer released 3 weeks ago.

The desire of Atlus to exercise more control than the average developer over how the audience experiences the story, once it flies off the shelves, may strike the audience as showing a higher level of professionalism or as being patronising.

On the one hand, it is true that spoilers are rife nowadays, and sometimes the only answer to avoiding them is to abandon social media entirely - something which is not feasible or pleasant for a large amount of gamers. On the other hand, it shows a deep distrust in the audience, whether it be distrust of their ability to behave themselves and withhold story developments, or distrust of the gamer's ability to take sensible steps to avoid ruining the game for themselves.

Unfortunately, I think that because of the type of game Persona 5 is, and because this distrust isn't completely unfounded, Atlus are ultimately in the right with constraining players' ability to take clean screenshots.

I accidentally spoiled the ending of RE7 for a Twitter follower 3 weeks after release. Sorry, dude!

To gain some understanding of Atlus' stance on avoiding spoilers, it is best to reflect on the different types of spoiling gamers out there. Unfortunately, both seem to exist in large numbers, so it's wise of Atlus to be wary about spoilers changing the experience.

The first type is the malicious spoiler. This individual enjoys experiencing something that others cannot, i.e. a spoiler-free game. So, once they get to a sensitive part of the story, they will gladly broadcast to anyone and everyone what they have just seen, either through childish glee or through sheer bitterness. If trolling is really an art form, then this is the equivalent of those modern art pieces painted by a rescue pig.

Sorry, Pigcasso. I know this isn't really a fair comparison. You do you, piggo.

The other type of spoiling gamer could very easily be you or me - and, in fact, is me, since I have accidentally spoiled a game for one or two people during my time tweeting and writing about games. For people to be able to communicate about games at all, they will occasionally have to talk about plot points, and it is quite tiring to preface every single conversation with, "do you mind if we talk about this...?"

Furthermore, we may believe that enough time has passed that the plot point we're about to mention (e.g. that in Persona 4 Nanako comes back from the dead and Adachi-baby is the real killer) is no longer even a spoiler. The threshold between material that is fair game and spoiler territory is surprisingly nebulous, once you start trying to find objective criteria to differentiate the two.

Atlus is wise to be afraid of the second type of spoiler, as well as the first. This is not just because of the artistic control element discussed above, where a maestro developer may insist on retaining some control over how exactly the story is administered - much like a Michelin-starred chef plating up his monkfish beautifully, rather than thwacking it on a plate. Rampant spoilers have the ability to harm sales.

If a person is particularly sensitive to spoilers (as a lot of us are) and hears a key plot point before they've even bought the game, they may opt to buy something else, since they are now unable to have the fresh experience - at least not without using some sort of Eternal Sunshine of the Spotless Mind machine. Let us remember that while lauded companies such as Atlus do care deeply about their creative impact, no profits means no Atlus.

Even the "nicest" of studios need to look after their bottom line. This is, for example, why Digital Devil Summoner 2 never saw a release in Europe and the ARPG sub-genre has since been abandoned for SMT.

The history and nature of Persona 5

As I've already mentioned, Persona 5 has had a rather tortured release schedule. In fact, there have been rumours abound that it would never see a release, or the PS3 edition would be cancelled. I've already sketched out how taking so long to release the game has produced a mighty crescendo, which Atlus of course wants to take full advantage of. Spoilers are harmful to getting the most out of this hype.

However, even if the development schedule had been a little shorter, I could see how a halt on sharing would be to the benefit of a game like Persona 5. Those who have played a Persona title before know that reaching the "true" ending can be a painfully slow process, with regular breaks needed to will oneself through the grinding and multiple deaths. Indeed, Persona 3 is ranked as the 11st hardest RPG released on the PS2, which is no mean feat.

Furthermore, Persona games are story-heavy, with huge amounts of detail which cannot be explored in one playthrough, at least not without a guide. In both Persona 3 and Persona 4, all but the most ambitious of players could not romance every side-character in one take; even in the less sprawling environments permitted by the engines of games over a decade old, I didn't make much use of certain shops or side activities on my first run. With a game so immersive, it is certainly tempting to constrain the player's ability to find everything out second-hand, through disabling the share function.

For example, Atlus may find it more enriching not to know in advance whether going the harem route with your gal pals will result in awkward run-ins, or whether you will get off scot free, ya rascal.

The issue for videogame writers

To be brutally honest, the inability to share my progress with my Twitter followers was a little disappointing, but it wasn't a crushing blow. I can do without showing off silly moments to complete strangers, or illustrating my shock and awe at certain plot twists. Indeed, I only bought a PS4 very recently, and made do with my awful Nokia Lumia smartphone (which I bought for 100 Euros...2 years ago...and dropped down the toilet a year ago) to make blurry screenshots whenever I spotted something fun on my PS2 or PS3. I'm having a fun ride with the share function, but I've had enough gaming experience prior to it that I frankly have other things to worry about.

However, it's a bit of a problem when it comes to my plans for writing about Persona 5 on a spoiler-free level, or using adequate spoiler warnings. The blocking of the share function does not just block the ability to upload to Twitter, Facebook et al, but rather precludes the player from taking screenshots at all. If I want to rant on Destructoid about one of my paramours, with all the appropriate spoiler tags front and centre, it'll be a lot more complicated than simply tapping a few buttons, as I've become accustomed to. To be blunt, I might not have the time, resources or energy to figure out a clean alternative.

Hell yea it is pic.twitter.com/CgPF85T16N

It is true that I am probably moaning about something here out of sheer laziness. If I want screenshots for my articles, I can use press release materials, of course, even though that is quite limiting; I can also invest in external capture hardware or buy a better smartphone. However, my gut feels a sense of injustice: if the machine itself lets me take screenshots, should I have to take extra steps to get the clean screenshot I want? Especially if I want that screenshot for reasons which are far from nefarious, and when I actually intend to get more people interested in buying the game? Overall, I sympathise with Atlus' stance, but I can't say I'm not a little irritated deep down.

I don't like it, but I'll have to go along with it

In conclusion, I'm not 100% happy with the decision of Atlus to block sharing, but I can absolutely see where they are coming from. It's their prerogative to make sure the way they deliver their story yields them maximum profit, and it's no more than a slightly bitter aftertaste to a tart, juicy wedge of key lime pie, if the review from our very own website is anything to go by. What we can hope for is that Atlus get a real chance to see whether this strategy works or not.

If the spoiler mill is running full speed ahead regardless (which I suspect it will...I mean, people were spoiled before the PS3, right?), then maybe they will abandon the disabling of sharing for their next major release. Who knows? The silly screenshots might be back for Persona 6, way into the future.

The Destructoid Community giving Persona 6 a big thumbs up!