I’m not entirely sure how this keeps happening, but for some reason Lord of the Rings keeps sneaking into my caps. I mean yeah I fucking love me some Lord of the Rings, but it’s popping up everywhere! So how about we get this out of my system once and for all until the next time it comes up.

A couple of weeks ago, I managed to score a great deal for Middle-Earth Shadow of Mordor; A Steam key for the Game of the Year edition for 15 bucks. The game is still up on Steam for 50 bucks, plus another 10 for the DLC, so that was one deal I couldn’t let slide. By now I’ve not only played the game…I have 100% completion, including all achievements. I liked it quite a lot, is what I’m saying.

In fact, I can see in Shadow of Mordor the potential for becoming one of my favorite games in recent memory, or at the very least one of my favorite non-Nintendo games. That shouldn’t come as a surprise: this game takes a lot of elements from Batman: Arkham (which I love) and applies it to Lord of the Rings (which I love even more). Unfortunately, the game doesn’t quite live up to its potential. It’s still a great game in its own right.

I could talk about the combat and the stealth all I want, but there isn’t that much point. It’s essentially Batman. Shadow of Mordor mimics the free-flow combat almost exactly, with counters, special moves and a gadget or two. The same goes for stealth, although it's worth noting that you can climb pretty much anything Assassin's Creed style. One major addition, however, is the bow. This bow is a very all-purpose weapon. You can use it to channel your inner Legolas to headshot fools left and right, you can shoot explosive barrels, you can nail an enemy’s feet to the floor, and a couple of other things. I’ve always had a thing for bows, so this was a great addition for me.

Perhaps more important than the combat system itself is the Nemesis system. You see, some orcs are more powerful than your standard run-of-the-mill mooks. These guys become Captains of Mordor’s army, or even one of five Warchiefs (generals, basically). Each of them have weaknesses and strengths. For example, some might be immune to ranged attacks but take extra damage from stealth attacks. Some even have weaknesses which allow one-hit kills! It's not always that simple though, plus you don’t know about these weaknesses until you interrogate a loose-lipped underling, not unlike the Riddler’s.

What’s fun though is that later in the game you get the ability to enslave these orcs, including the Captains and Warchiefs. Once you do you can make them fight each other, you can make a controlled underling betray his master, or you can help your slave become a general himself. This opens up the game for some neat tricks. For example, in my game one of the randomized orcs was named Râsh Giggles. No, really. I then immediately enslaved that dude and made sure that the incredible Mr. Giggles became commander of 1/5th of Mordor’s army. Oh, and did I mention that Mr. Giggles is a crossbowman who rapid-fires exploding arrows? The dude wastes his opposition in seconds.

From the above, you’d think I’d love Shadow of Mordor to death. It does all of its gameplay mechanics exactly right, what more could you want? That’s where the problems come up though. Shadow of Mordor doesn’t really seem to know what to do with all its mechanics. There are only 20 missions in the main quest, and most of them are very short and uninspired. I’d go so far as to say that most missions feel like sidequests. The game doesn’t have ‘dungeons’ like Arkham does, but keeps everything on the overworld. For the story mode, there are only a couple of mandatory quests that involve the Nemesis system. Most of those amount to “kill the Warchief”. Easier said than done, sure, but some variety would’ve been a godsend Valarsend. As it stands, Shadow of Mordor feels like a game without an actual game.

The same goes for the plot. Now I’m not going to complain that Shadow of Mordor gets LotR’s canon wrong or anything like that. If I can forgive the Hobbit movies their discrepancies, I can forgive Shadow of Mordor’s. But I do have a problem with the plot: there is none. The main character’s family gets killed, and he wants revenge. A dead Elf’s spirit merges with him because reasons. That’s it. You meet some other characters to help you out, but they’re barely relevant and often fall out of the story soon after you meet them. Gollum shows up, but he does essentially nothing. The Elf spirit turns out to be a prominent figure from LotR lore, but his story doesn’t go anywhere either. It’s like the game is going “Look, we know our stuff!” and then moves on. It feels like a cameo more than a central plot-point.

Speaking of cameos, Shadow of Mordor has a very strange habit of recycling Lord of the Rings quotes out of context. I have no idea why; it’s jarring to say the least. Some of these I understand as nods to the fanbase. At one point when shit hits the fan, the main character gets told to “Fly, you fool!” That’s fair, I get it. I chuckled. But then the Elf starts describing some old silver tower as “a beacon, to be a light in dark places, when all other lights go out”. As you may recall, that’s how Galadriel describes the magic flask she gives to Frodo. Now, am I to understand that these two people have the exact same description for two entirely different things? Similarly, the main character’s power to control orcs is at one point described as: "It is a gift. Let us use the weapon of the enemy against him." This is exactly what Boromir says about the One Ring at the Council of Elrond. Now I’m not entirely sure on the timeline, but there’s a good chance that Boromir hasn’t even been born yet at the time this game uses that quote. So, what, was Boromir channeling a little Elvish there? I don’t know, it’s weird.

However, I would be remiss if I didn’t mention one excellent cameo-quote. It’s this:

That’s the music which plays if you enter a particular orc fortress. I like to think it’s the orcs themselves chanting. But do you know what they’re chanting? I’ll give you a second to think about it. No? They’re chanting this:

They’re chanting the inscription on the One Ring! That’s brilliant.

All in all, I had a great time with Shadow of Mordor. The gameplay is spot-on, killing orcs is satisfying (good old flying heads aplenty), and controlling Mr. Giggles was a blast. If only they had made the story and the quests more involving, this could’ve been a new favorite. As it stands, it’s just missing that certain something to stand up to Batman: Arkham Asylum.

But it is not this day.

* - This blog was unjustly overlooked. While a bit rambly at times, Terry 309 offers his perspective on the 5th and 6th console generation; everything from the PlayStation to the Gamecube, and how they reflect on gaming today.

A - Never let it be said that I'm not fair. This is a Sylveria blog, but give or take one paragraph it's quite reasonable.

A - If you asked Mike Wallace, he'd tell you that Games Workshop is dropping the ball on the Warhammer series.

Today is the last day you can enter my giveaway for Trine 3! Get in on that action!

C - Nanashi isn't saying goodbye, nor "smell ya later". But he is cutting down on Dtoid, because priorities are a thing.

R - A review for Toren by OSGVault; not the best of gameplay, but the story's pretty good. So kinda like a reverse Shadow of Mordor. 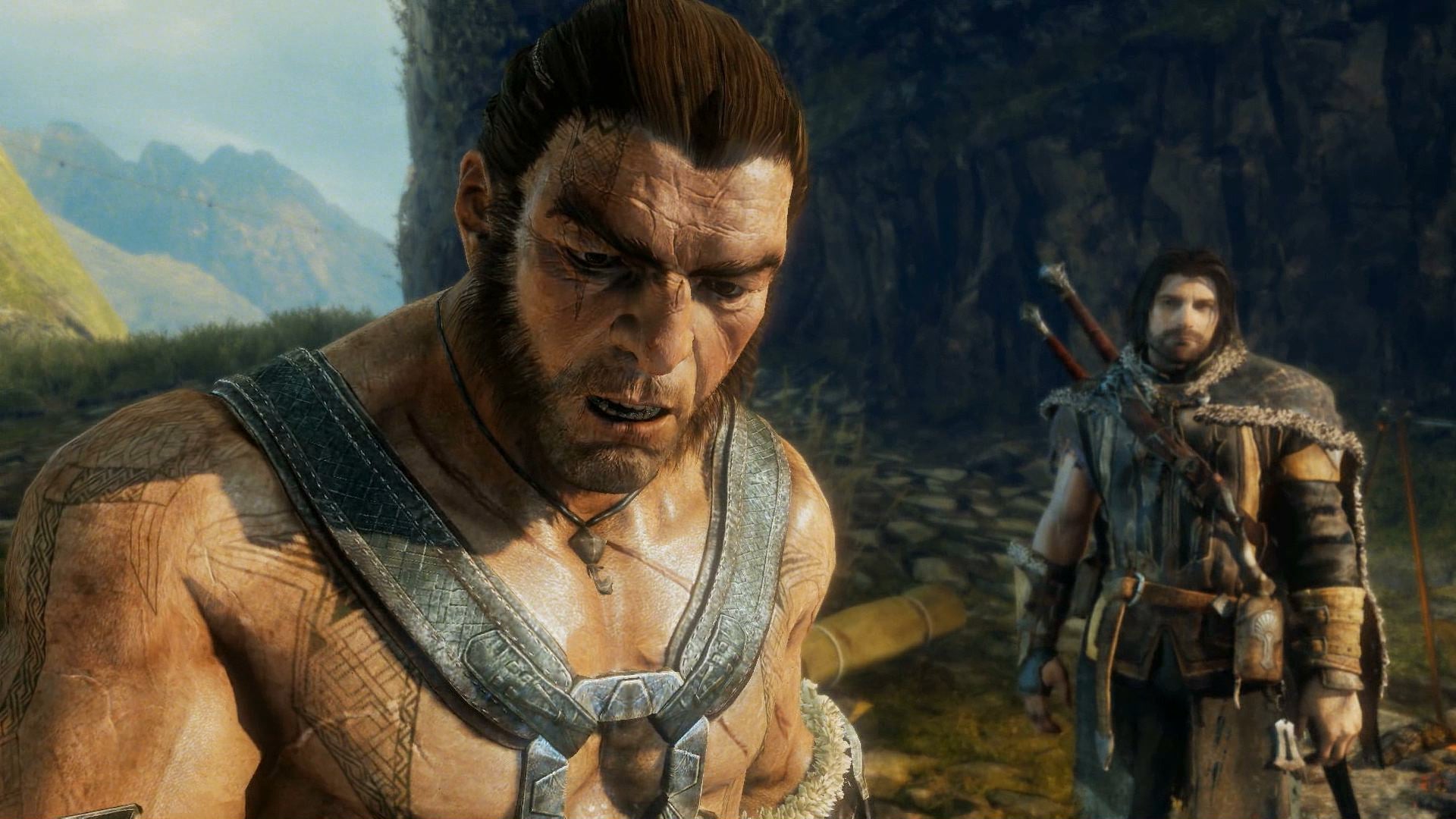 - This is the best character in the game. Shame he only gives you tutorials, then leaves.

- Goofierbrute: I feel like even among Nintendo fans, Star Fox Zero isn't getting as much attention as it should. Am I imaging this? I mean, yeah we don't know much about it other than its release date and the fact that Platinum is working on it, but still.

- SeymourDuncan: Playing the Witch Doctor in Diablo III makes me wish there was a Bee Master class. Just a class completely dedicated to using bees.

- DanteKinkade: I really need to get the nerve up to make a real blog post. Hopefully with in this year and not waiting several months or more again. Also cocks. Because you know, fun.

- ShadeOfLight
May you always find water and shade