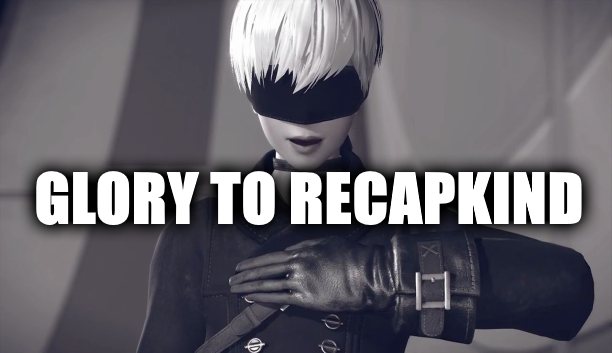 The C-Blog Recaps comprise the world's source of strength. They bestow goodness and mercy upon all who bask in their radiance. They illuminate in times of toil and woe. And now, YOU too can join in the merry-making, by signing on as an authentic Recapper Reservist!

The team here at the Bunker is always aiming to improve its constitution, and this is where the role of the Reservist enters in. As an actual C-Blog Recap Reservist, you shall not only serve your brethren in hours of need, you'll be serving the greater Destructoid public in marvels far beyond compare.

The role of the Reservist is not to be understated. In volunteering to cover for the mainline roster, you'll be imbuing the refreshing breath of the wild card, the less-common (but no less visible) able rescuer who swoops in to abolish radio silence and save the day with a cavalier joust. The unrelenting grief of missed recaps shall be supplanted by your daring dash of happiness!

[Well, the reason everyone's happy is because it's your duty... Are you happy? It's your duty! Are you fulfilling it? We here at the Happiness and Peace of Mind Committee hope for and support the happiness of all.] 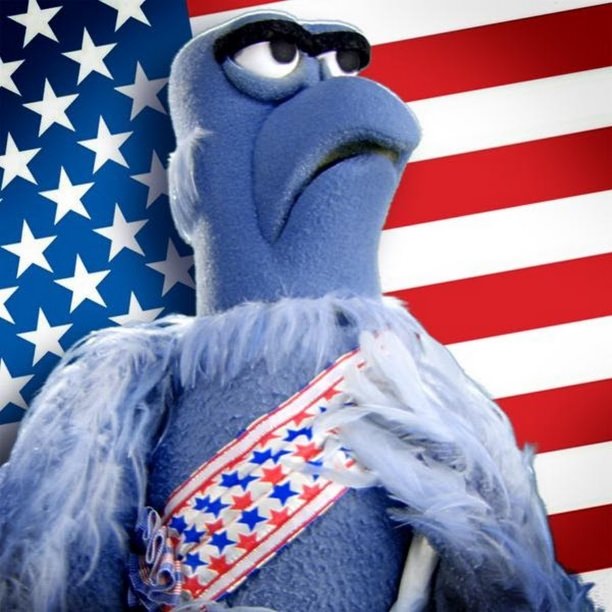 So what does living the life of a reservist entail? Simple: you volunteer to cover recap days our front seven need covered for any reason. Typically, as in more or less every single instance, a mainliner will inform the group beforehand, at least 24 hours prior. (Uninformed absences tend to get rolled into the following week's recap for that regular.) Virtually all reasons involve some fiendish Real Life intervention which prohibits our sturdy regulars from recapping their assigned day of the week that week. On average, reservist recap opportunities arise roughly twice to thrice per month, going by 2017's chronicled data. The more reservists who enlist, the less burden on any particular reservist to cover announced gaps.

This is not for the faint of wrist! Although recaps appear tidily breezy, they require a lucid mind and a fount of visual imagery, unless you're in a sour mood and you just drop off a lump of meh-text. Yet take heart. Our veteran team knows all the drills and imparts their knowledge onto you, free with every successful sign-on. Optimistically, the goal is to retain enough subs to ensure nobody feels the burn of overload, from the regulars to the reservists themselves. In strength, splendor multiplies.

[Are you happy? It's your duty! Are you fulfilling it?] 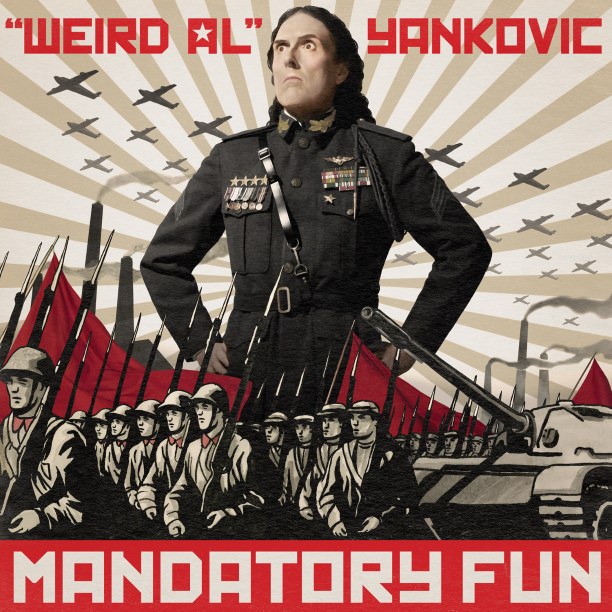 Now, you may have heard rumors about the misquoted quality of residential conditions within the abundance of mercy and serenity that is the Reservist Shed. Propaganda, doublespeak, paparazzi, and gobbledygook leak out into the gullible world all the time, dutiful readers. Those Who Rule In Majesty would like to assuage doubts and misgivings by reminding our eager volunteers of our following generous benefits package.

[Okay then! All right, everyone! Aren't you all just brimming with happiness? Not a hint of anxiety or discontent, right? Scary...so scary... We're so happy, it's scary!] 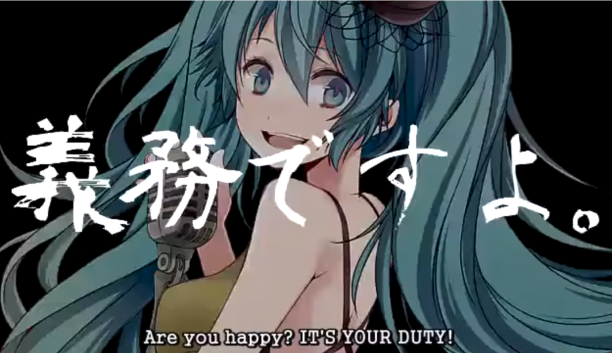 {The preceding comprised paid programming by the Happiness and Peace of Mind Committee. All rights reserved. Except those of reservists. Reservists receive no rights.}

The recap team *is* sincerely looking to accept reservist volunteers; any interested souls should speak up in the comments or otherwise message the CBlogRecaps account. Thank you muchly. - Larx Fulten

* - Boss 101 released! It actually freakin' released! Go now, pick it up on Steam, tell all your pals, and dump piles of money into the bank accounts of Donley and his overtaxed associates! Play it with the Destructoid hat for maximum ownage; afterward, brag about your feats at your workplace, educational facility, and/or weekly cribbage meet. Thanks immensely to the talented Mr. Donley and his underlings co-creators upon this triumph, nearly *4* years in the making! Woo-hoo!

* - Alphadeus toils under immense dejection and morose gloominess tougher than anybody else I've personally met. Please, if nothing else, if you read his blog about his father's affection and devotion transposed into the music Alpha weaves today, take stock of the frailties of life and stability. It's rougher than we think for more than we'll ever know.

* - Rico, that wily penguin, sneaked in last-moment with a grand overview of lootboxes, dressing down how they can affect both negatively *and* positively. It's not a satirical or sarcastic blog, far as I can assess, and the veteran Prinny expounds upon his own employment's decisions and implementations to bolster and validate his argument. Approaching from a business /and/ consumer perspective makes this more than worthy of a detailed read. Like with anything else that's not outright wicked, lootboxes *can* exist without devolving into utter maliciousness. The honesty and transparency from the outset certainly helps. Of all the blogs I've read on the subject, this one speaks most keenly to my analytical ears. Give it a whirl. It's refreshing to read a measured dossier!

A - Recurring recent blogger MJB suggests transparency of probability and statistical breakdown as a boon to mitigate the foul nature of lootboxes. I'm down with this suggestion, full stop. Even older MMOs like Ultima Online and RuneScape received drop rate tables. Why? It cost no actual cash to grind and farm for drops to estimate 'em, if the developers hadn't provided 'em outright up front. With the cash-sink modern lootboxes entail, it'd seem more than a tad wise to more plainly display stat information.

S - The entire CotW roster teamed forces to unleash a deluge of funnery and antics in the unbridled form of a SPOOKY Halloween special! Honor their sacrifice (if not sacrilege) by reminding them that they owe it to us to include only comments uttered by the Recap team, for the brightest glories on this website clearly belong to us. Umbasa.

S - Kerrik52 tumbles through time yet again, this time landing upon the launchpad of action-y survival horror that was and is Resident Evil 4. Nimbly, the lad narrates the salient aspects which polished this product to ebullience. He's right about Leon Scott Kennedy, difficulty scaling, and a whole host of other tidbits. To date, I've rarely encountered anyone who can logically dismember the game's finer points. It's one of those works that shimmers, shrewdly, almost aware of its excellence. Thus doth Kerrik justice to the core. Rock on, Swedish Chef!

A - Bass is not a fish. Nor is he bland, regardless of what rivals may label him. 'Sides, "TheBlandBass" makes no sense whatsoever! Anyway, here, our computing bilingual super-spy fiddles about with Super Mario Odyssey's final level, which presumably appears in the postgame - I freely admit to skimming much of the blog so as to avert spoiling m'self, for when I can secure an Odyssey of my own accord. I'll vouch for the dude regardless: he built some Super Mario Maker levels, which means he's a *professional* architect. Sing of his proficiency, and he just might buy you some Tim Horton's as reward. (I really, really, -really- miss Tim Horton's.)

S - Cedi gushes delightfully about Super Mario Sunshine and Luigi's Mansion in this installment of his Mario retrospective. One might say he boasts a F.L.U.D.D. of affection! Anyway, I'm with you, my man: I complete optional and trivial content in *so* many games for the heck of it. However, to my mind, that does qualify as a variant of completionism. I like things eventually settled, not forever beckoning. I like to finish what I begin! I get that you can view it differently, though, no worries. (Also, for what it's worth, I never played any Nick games on either PS2 or GCN...or, ah, any other device. Whoops. Shame, shame. The Bell of Shame I wear. Echoed shame.)

S - Awww, yeah, Kerrik, now we're talkin': KAMUROCHO~ Hehe. Yakuza games sing to my dearest of hearts, that they do. Kerrik rolls down memory lane - and Tenkaichi St. - narrating his history with the franchise, as well as the highlights he savors from each, such as the huge volume of minigames and outlandish substories. Hey! Kerrik! Just wait 'til you tussle with Jo Amon in the newer releases, aha...ha... *collapses and dies, repeatedly* But yes, is it ever a splendid day to be a Yakuza fan. KAMUROCHO~

S - Dephoenix, who in fact *is* de only phoenix you'll ever need or wholly desire, reminds us all that his Unofficial Destructoid Book Club has risen indeed, much like de phoenix itself. (The phoenix Materia in FF7 always delighted me, to be sure.) This month's book bears the title "River of Teeth," which sounds like a dental visit gone horribly wrong but actually describes killer hippos gone horribly wrong. So devour that whirlwind concept! Join in, if the notion catches your fancy.

Join the club. Try it with us.

R - Which awful games d'ya like? Spazzh20 offers 10 examples from their own gaming history - granted, it's up in the air whether or not each of the included products actually bites. For instance, I wouldn't call Nights: Journey of Dreams a poor game by any stretch of imagination. Wish it'd sold better, though...

P - The InFamous TMF harnesses latent Time Lord powers to peer into the future, specifically at the upcoming 2018 Amazing Spider-Man video game. Our infamous blogger also floats a hypothesis or two regarding the possible shift in the game's purpose and subsequent design, as it may include never-seen-before arrivals in Spidey's gaming realms. If your Spidey Sense tingles from the prospect, give this blog a read, eh?

T - BatesBram confesses to bewilderment and disappointment as response to "Deep Dark Fantasy," which serves, not as a metaphor for the vacant void of Steam curation, but as a plagiarism of actual film footage and dialogue to "create" a visual novel. Frankly, it does appear to be an embarrassment, and that's a criminal shame in how it "defends" its voice. People deserve better.

R - Robert2boy7genius reappears to eviscerate Sonic Forces! Well, actually, he deems it mild overall, vacillating as it does between cool points and baffling shortcomings. I gotta admit, the OC creator sounded mildly cool in premise. In execution, it appears lacking. Shucks. Also, I was really hoping for more Jun Senoue throwback rock'n'roll in the soundtrack, myself. Double shucks.

R - Hand of Fate always looked super-neat to me, even if its core gameplay lies outside my spectra of coziness. Ima420r (whoa, brazen) outlines plenty about its recent sequel that speak favorably of it such as a map for adventurin' and a campsite for restin'. Gotta say, however, my favorite line = the typo'd "you have a few different sin colors"...talk about milking a prism out of a scarlet letter!

Naysayers shall be corrected.

You wouldn't want to make her *angry,* would you? 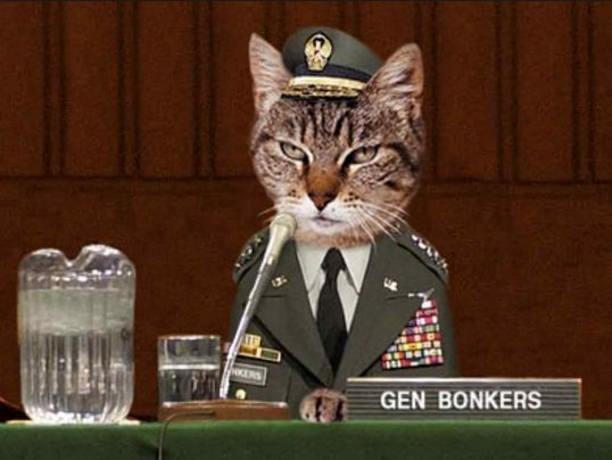