Well hello there folks. I haven't been around a lot this week. Had an incident with a hooker, a fetus, a pack of batteries and some rock salt. Needless to say, things went south. I got some poisonous dancing spiders though! Aren't hookers great?

Ahhhh, love. Always bites me in the ass. Anyways, what have all you folks been doing? Recouping from PAX? Shut up. The rest of you that don't suck, how about you? Besides a wacky (yet heartwarming) adventure, I've been playing the crap out of Amazing Spider-Man. Definitely my favorite Spidey game since 2 (Except those balloons in 2, F*CK THOSE BALLOONS). The swinging is fantastic, especially after you learn to incorporate the zip. Combat is totally a faster, Arkham rip-off. But I quite enjoy it too. 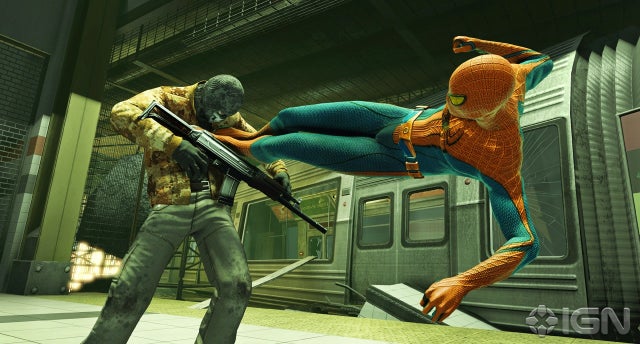 
The one thing that shocked me, was the graphics. Honestly no screenshots do this game justice. It looks great. When the suns out and everything, it's one of the best games I've seen in awhile. No, I'm not kidding. There are a lot of side missions (though they do get repetitive), the voice acting is decent, though the story is not all that great. The main thing is: singing and combat are a load of fun. My only other complaint is the rogues gallery. Not many and those that are there, just feel like a cop out. Still fun to fight, but a cop out given Spidey's huge range of foes. Alright, I want to go play more, so here's some caps, enjoy.

I just wanted to post this one, it made me lol. Carry on.

*- COMMENTS OF THE WEEK!
*- Normally I would fail something like this, but considering what game it was: TOP-EFFIN-SAUCE buddy. You truly are a hero amongst men. Now don't make it a habit.
*- Stephanie K sheds some light on whats been going down with Anita S. since her kickstarter. She has had time to post pretty pics of herself with gaming swag! I'll give her that -_-
*- Ctg867 lays down some truth about that sex game (and some folks views) that just wanted free publicity from Greenlight.

A- Grethiwha begins a series of articles on the top 25 Wii games. Weeeeeee.
A- Part Deuce of Grethiwha's Top 25 Wii games. Deuce is another word for poopy. That's not a slam at this blog, just an observation.

C- McPixel contest is at it's dark hour and you have until I wake up tomorrow (It's just past 12am here) to steal the victory from who I've already chosen. Do you have what it takes? Probably not, it was a really good entry.

C- Twisted Imp slaps his copypasta on our foreheads, but I dig what he's pondering. Can there be a real gaming crossover?
C- Kwamouflage talks about obligations and their role in our lives. I don't dig it, but maybe I took it wrong.
S- Blast73 discusses the journey to become one of the master race.
S- Hamza CTZ Aziz (Because he needs a full name intro :p) tells a nice story about nes games, pizza and the abuse of power. Nice Hamza, real nice.

R- Grethiwha reviews and compares The Last Story and Xenoblade. I haven't played either so I have nothing to add. Instead allow me to present: DANCING SPIDERS! Wait.... whys the cage open....
R- Elect-Nigma reviews Shadow Complex. I miss my 360 soooo bad thinking of that game.
P- Stop Spoilers throws a brief look, at the extended Last of Us demo. I extend my briefs thinking about this game.
N- Stavros the Impaler discovers a Times article on Valves new hardware project. I seriously can't wait for VR porn. Oh man, the look on folks faces when they find me dead, priceless.
T- Pedro's pissed at all the whining and bitching about the Wii U's controller. I'm pissed that he's pissed, about people being pissed. PISS
R- Elect Nigma reviews Darksiders 2. I really need to pick this up finally. For one reason or another, it just fell to the wayside, even though I was anticipating it quite a bit. Sidenote: Sleeping Dogs kicks ass.
D- Bibbly talks about loss at the hands of Zip Disks. REMEMBER THE HORROR!
T- Jinx 01 throws out an awesome counter-point to Pedro's earlier blog. I share all these misgivings myself and seriously Holmes (he's in the comments), what do you know that we don't?

S- Strider pimps his friend Tatto's Prinny sweaters. I want one, but I'm 6'4" and yeah.... don't think a big ole guy like me could pull it off. Also, I married a Prinny once. We had a really dumb kid (ZHP ref).
F- Shaostyle gives another nifty little side scroller vid. I dig these. 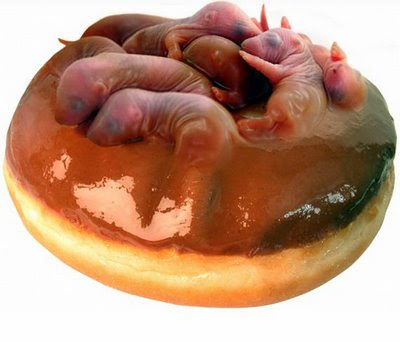 Some tasty blogs this weekend folks. Thanks for all the good reads. Now let's get personal for a second. Sit down on my pleather couch. Lay back on those faux-velvet pillows (I ain't rich, suckafish!) and open your.... ears for ole Phil. Really wanting to go pickup Darksiders 2 in the morning, mainly to tide me over until Borderlands 2. I've torn through the other 2 games I have. Something (Sleeping Dogs) has stopped me from getting it so far (Dogs that are not awake) though. I feel that certain roadblock slipping away (The games) and have a hole where those dogs slept (Let my brother borrow it), but there is still a niggle that says not too. I loved the first and was hyped as hell for this one, but am just curious, is my niggle justified? Or am I just tripping and this is a great sequel? Please, let me know. Now if you sexy people will excuse me, I have a city to save. Because I'm lame. *THWIP*

P.S. Anyone see some dancing spiders?