If you grew up in a pre 2010s household, then chances were good that at certain point in time, there was a blocky, hulking behemoth of a TV that was resting snuggly in the middle in your family’s living room. The CRT was at times an absolute bastard of a television set to put it nicely, not only did some of the larger models take up a ton of space, but some entertainment centers made it an absolute pain in the ass to have multiple consoles plugged in at once. Having to worm your way around to the back of some set just to swap out a console’s A/V cables was never ideal, nor was it any fun for that matter to help carry a TV up a flight of stairs with how much some of them weighed.

This became less of a problem over time though thanks to the growing popularity of flat panel TVs, and with how much lighter and more abundant they were becoming around the 2010s, it didn't make sense not to pick one up. Given the HDMI-only transition that was taking place at the time and how much more affordable flat panels were becoming, it was hard not to be tempted by the allure of those HD displays. The deciding factor that pushed my family into getting one was the moment when Ol' Reliable died out and refused to turn back on sometime around 2012-2013, which basically marked the day that my family made the transition to flat panel displays and never looked back.

Or at least, that's how it went until I picked up a small TV/DVD combo off the Facebook marketplace a few weeks ago. 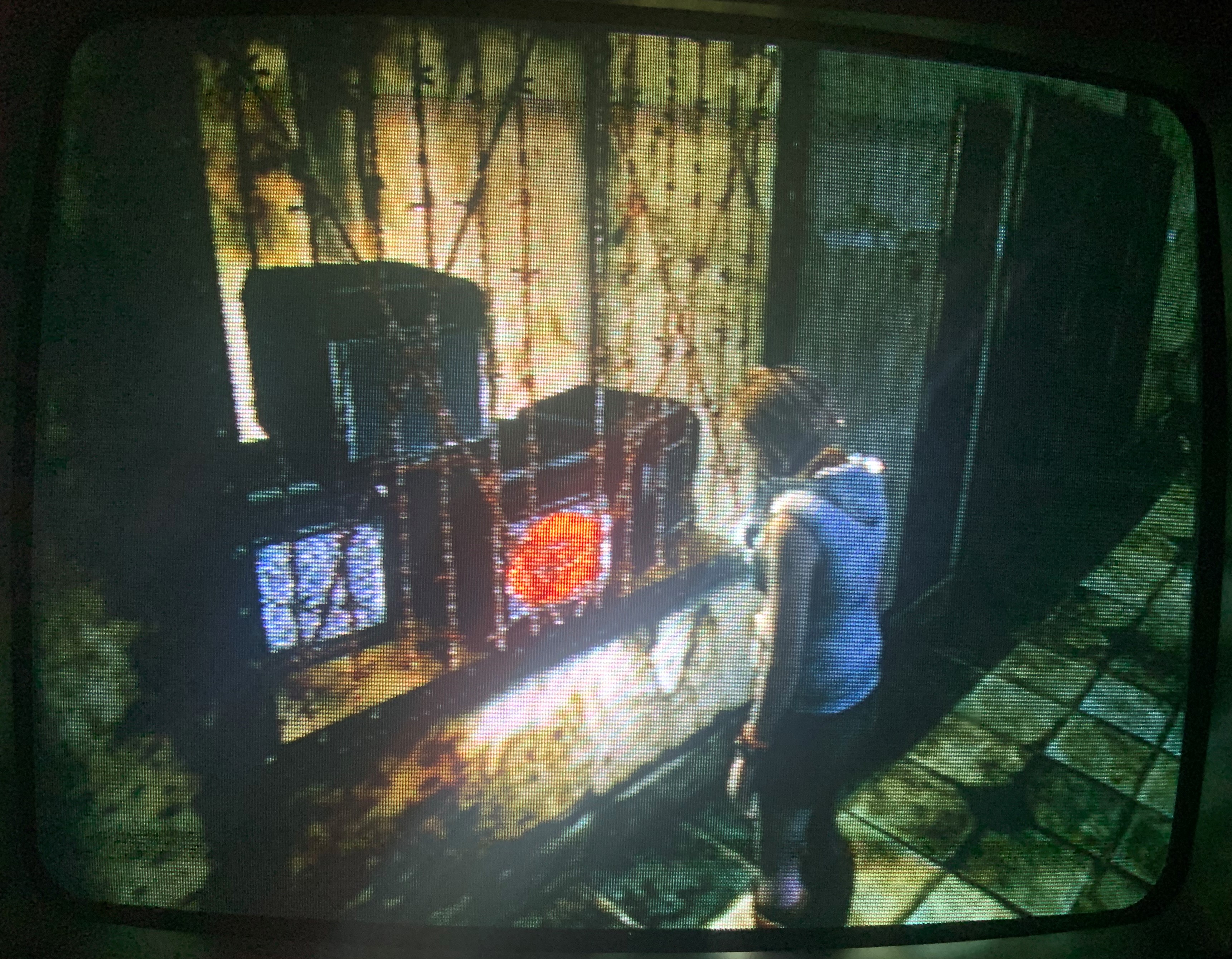 It probably didn’t make sense to get one after bringing up some of the gripes I had with them in the past, and of course I had all the time in the world to get one ages ago, so get started now? Well, a lot of that has to do with my small but growing collection of old game consoles, and the increasing frustration that comes with trying to make them look good on modern displays. You could plug them in directly into the TV, you could upgrade to S-Video or Component cables, you could buy those cheap Hyperkin/Pound Technologies HDMI cables, or you could even spend hundreds and get all the upscalers you want, but I personally ran into the same problem time after time, and after a while I just basically reached my breaking point.

Every time I looked at those old games, I mostly walked away with the same feeling that I had when I first connected my PS2 into an 720p Samsung monitor all those years ago. That feeling of disappointment followed quickly by thoughts of, "Man, no matter what the image quality here still looks kinda terrible." 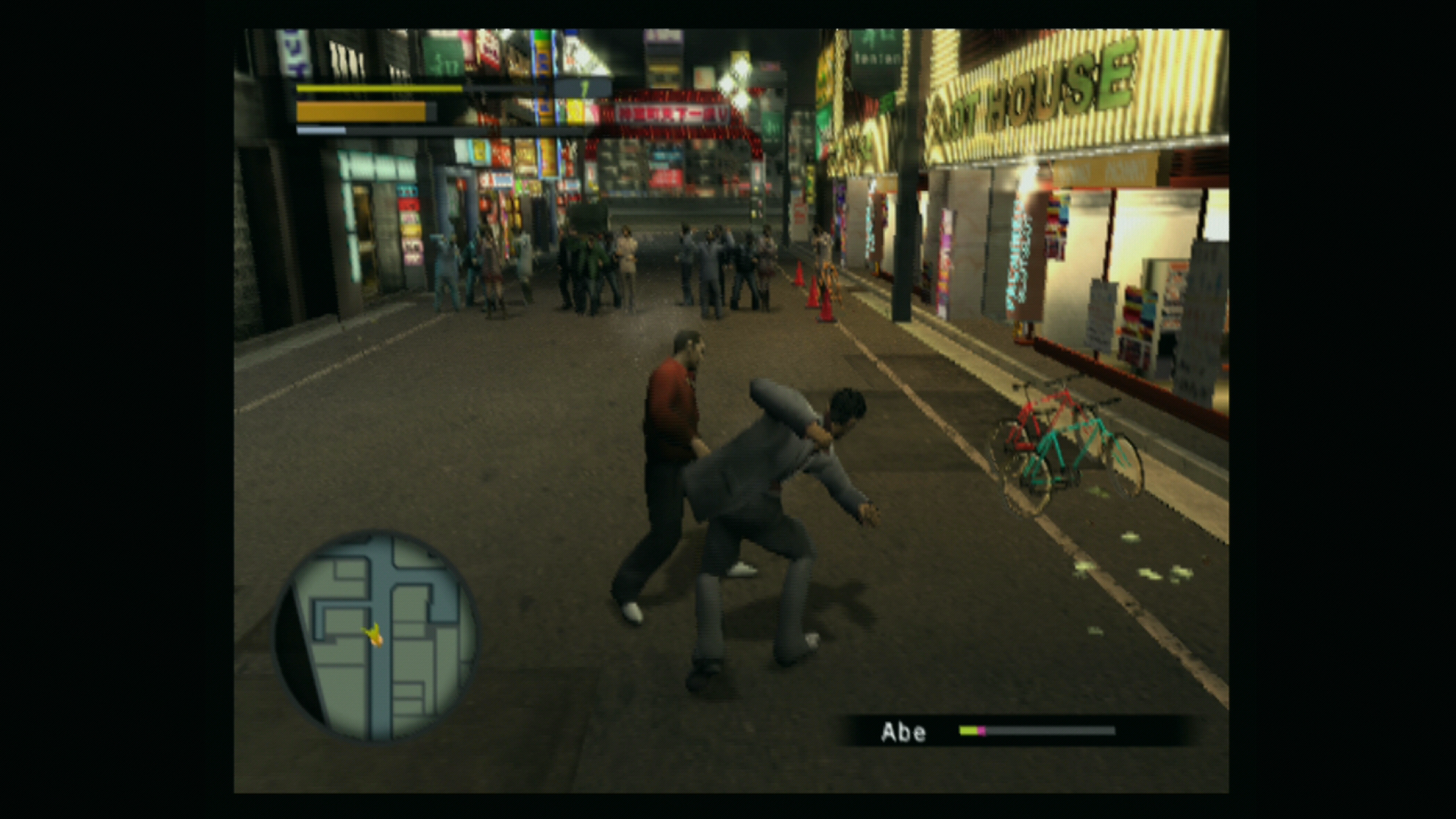 Yakuza 1 (PS2) played on the GBS Control. Upscaling 480i via Component to 1080p IIRC, captured via the Avermedia Live Gamer Ultra.

That probably came off as a massive slight to the makers of those products, but if there's one thing I want to do it's to not come off as dismissive towards upscalers. The teams behind devices like the OSSC, GBS Control, and Retrotink line of products are definitely doing gods work right now, making these old consoles compatible with modern displays and capture cards while also doing their best to clean up the image, better than how most TVs would process the image at least. They do what they're supposed to and do it well, all the while barely taking up any space and without needing any internal console mods to do so. When your CRT dies out or you find out your new TV only accepts HDMI inputs, you'll be happy to have one of these upscalers lying around.

It's just tough to not be disappointed when you eventually come to the realization that most of your retro gaming collection will probably never look "great" no matter what you do, or at least look as nice as you probably remembered them looking. Emulation exists and it's still a fine solution but dumping ISOs of games you own and playing them on the PC, it just doesn't really feel the same compared to messing around with real hardware.

Thankfully, this is where CRTs come into the picture. The best solutions are sometimes the most obvious, and the best way to get a good image from your old consoles is to get a display made from around the same time when they were still sold on store shelves. While I was originally worried about having to settle for a bulky one and figuring out where I could even make space for it in my tiny apartment, I managed to track down a 13" TV/DVD combo set on the Facebook Marketplace. It unfortunately only supports Composite inputs, but its the price you pay to get a CRT that fits on your desk I suppose. 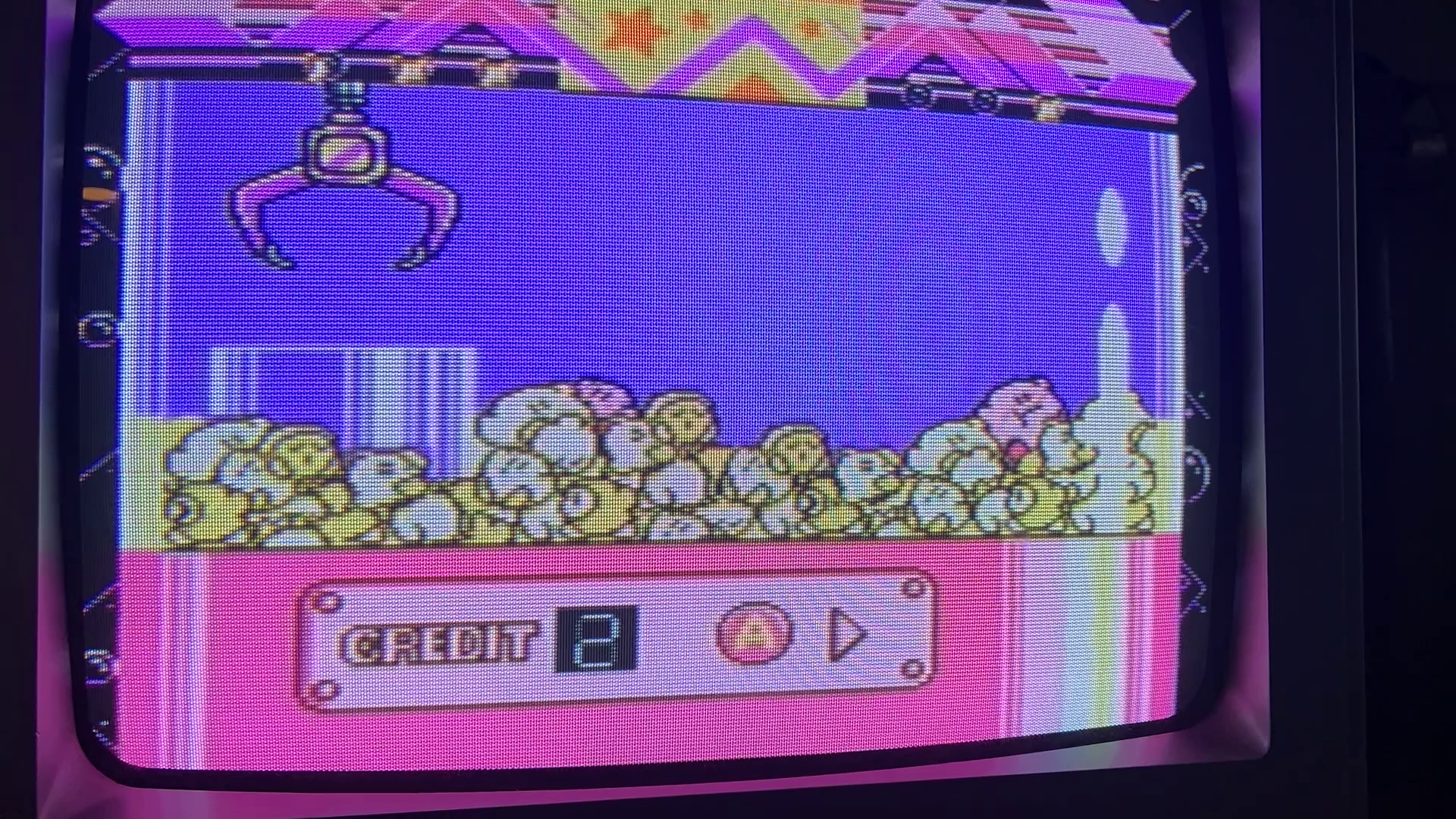 Having composite-only input isn't the kiss of death you might expect from a CRT though. You could probably do better than me, but I found that it didn't really matter once I started gaming and was treated to a night-and-day difference from upscaling on my 1440p monitor. The colors popped and the image was super bright, I had practically forgotten what it'd been like to game on these after not being anywhere near one for practically a decade. This wasn't a highly sought-after brand TV like a Sony Trinitron either, it was just a small set that came from some no-name Canadian company called Electrohome. Ever heard of them before? Me neither.

It's really something that needs to be re-experienced in person, as trying to take a photo of a CRT is a pain and requires a bit of messing around and probably isn't the best representation of what you could expect. Still, tracking down a CRT was well worth the effort. The image was certainly softer than an HD display, but it did more justice for these old games, with jaggies being smoothed over better, text, HUD, and pre-rendered elements appearing with less low-compression artifacts, and the flickering that comes with 480i content, while still present, is far less irritating here than it is with certain deinterlacing techniques on upscalers. Plus it supports light gun games, which makes revisiting House of the Dead and Virtua Cop on Sega Saturn an absolute treat.

It ain't just retro games that look far better on a CRT, movies and TV shows of course get the same treatment. That $2 DVD of Serial Experiments Lain that you found in a thrift shop is of course gonna look better on a CRT than it ever will on a 4k display. The built-in DVD player on my unit was kinda borked, but thankfully it's nothing that couldn't be solved by watching it on my PS2. 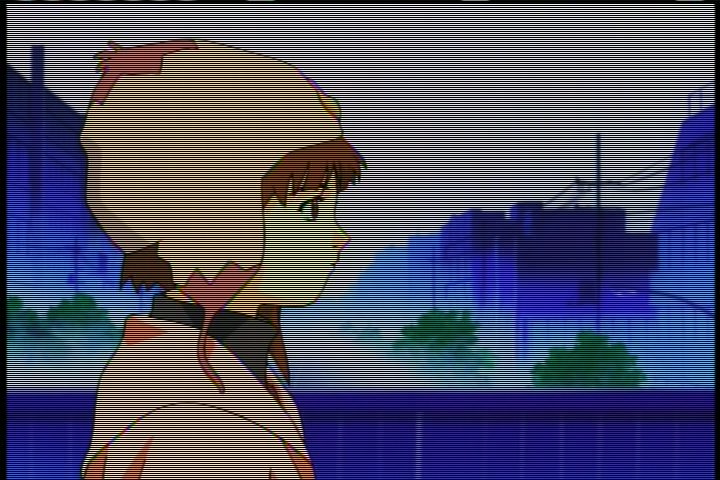 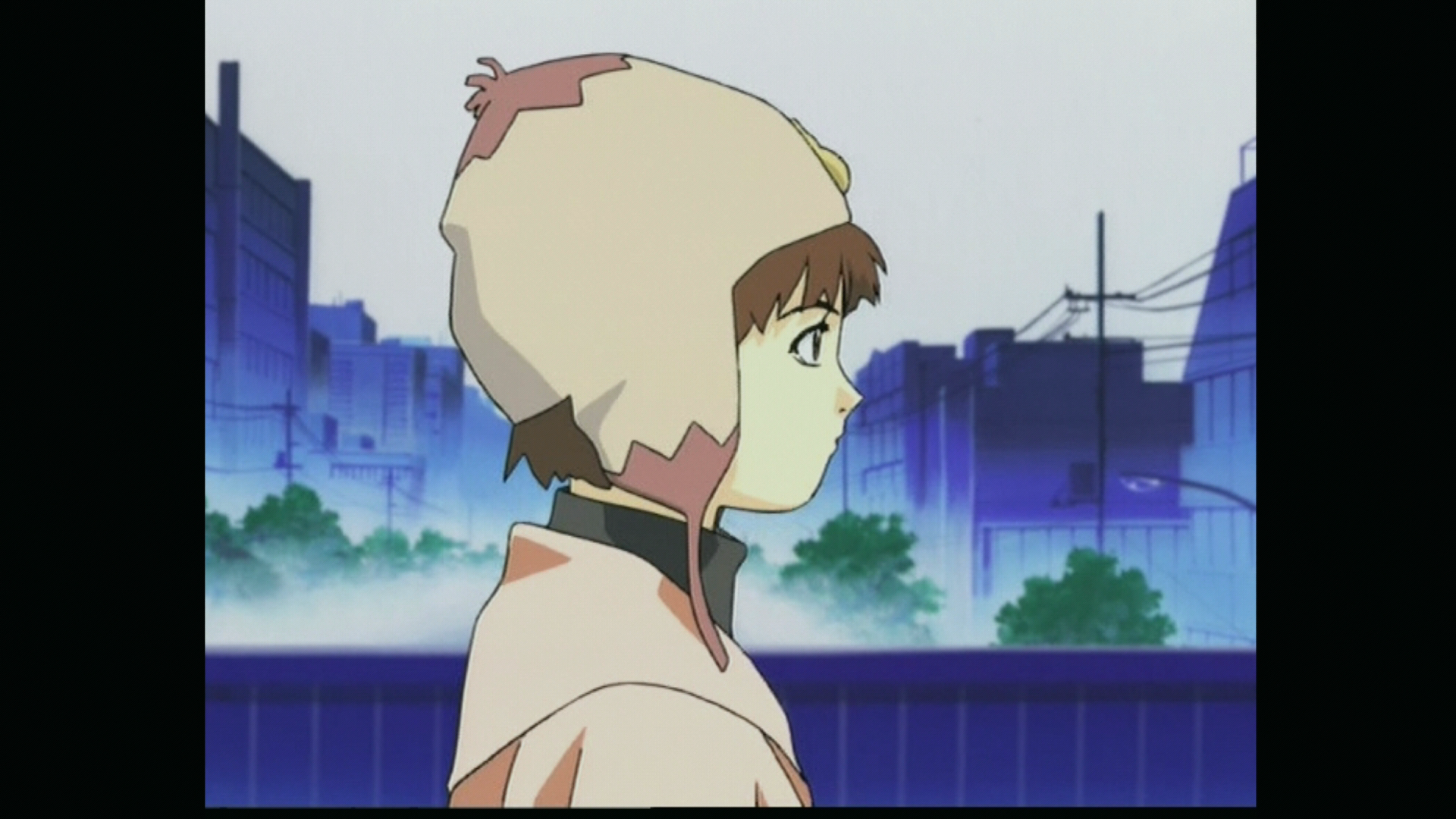 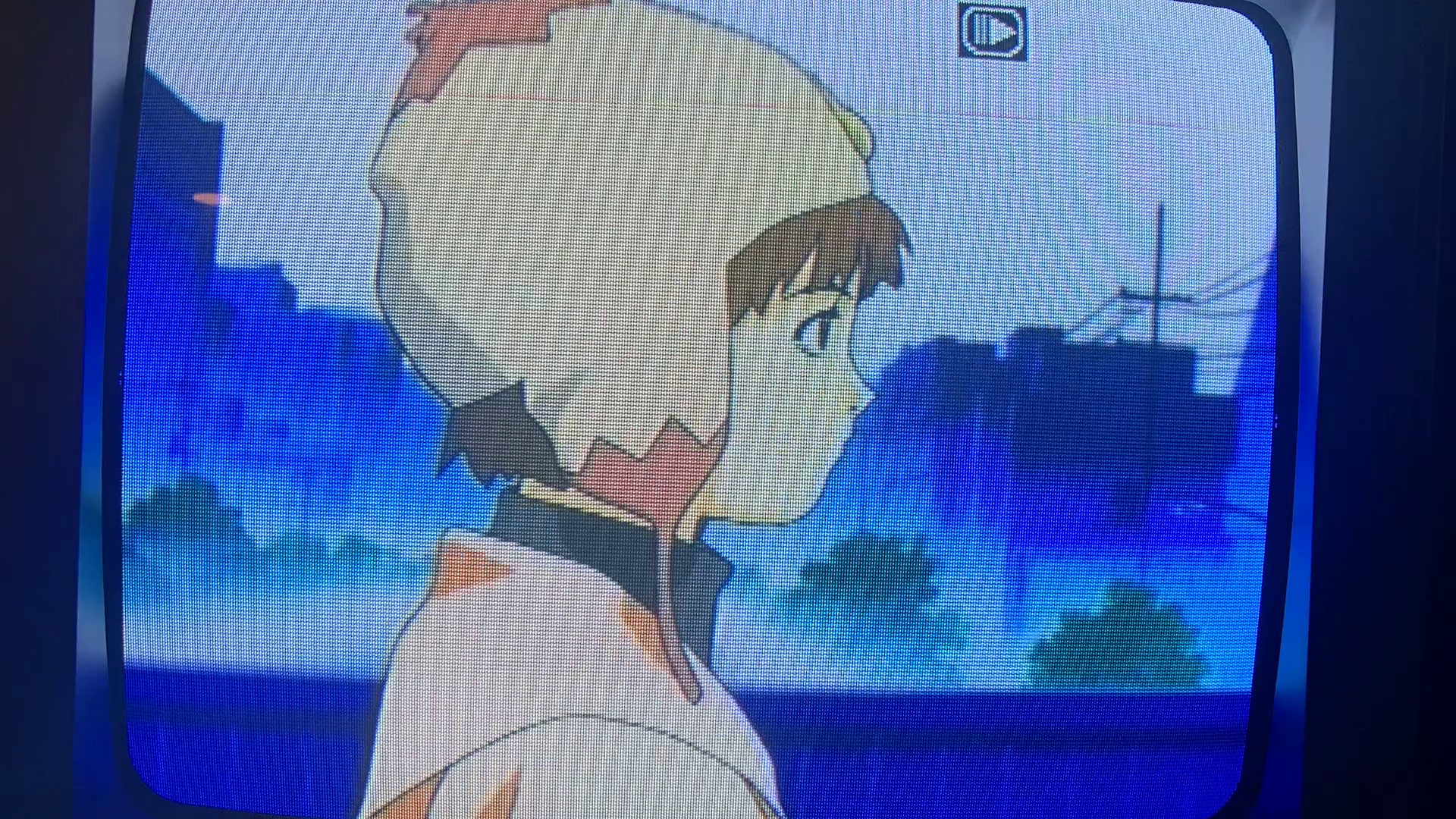 Comparison: Lain captures taken via the Retrotink 2X Pro (with the scanline filter enabled), the GBS Control, and a rough picture of Lain on a CRT with the built in DVD player.

Regrettably though it's just a shame that CRTs are likely no longer long for this world. Most thrift stores in my neck of the woods refuse to stock them anymore, with most of the larger ones being sent to the local junk depot. The only way you can really find one nowadays is if you check your local classifieds on places like Craigslist or the Facebook Marketplace. Some will gladly give them up for free, but unfortunately the retro game craze drew the price up for some of them, with certain sellers really overestimating their worth. And that's not even taking into account the fact that some of the free 30"+ sized-models will probably need a crack team of 2 people and a massive pick up truck just to move them around.

Still, while they probably aren't what most people will want in their household and while most people will realistically do just fine with a modern upscaler, I think it's still worth re-experiencing the magic of a CRT while you still can. It's like taking a time machine back to a simpler time, only now you get to experience it with a massive game and anime backlog that you probably didn't have back then. If you want to relive this magic though, you better act fast and get as much enjoyment from these CRTs as you still can. They aren't making anymore, and it's just a matter of time before even the most expensive PVM dies out on you. Before you know it, CRTs may well be unavailable even online, and your opportunity to reown one, will be long gone.