It probably says a lot about me that when I read the prompt for this month's Band of Bloggers, The Company You Keep, I immediately thought of playing a dating sim. With this idea firmly planted in my mind, I searched Steam for a dating sim worthy of BoB. It did not take long at all (since Steam recommends these games to me, which also probably says a lot about me) to find the most datey dating sim of them all: DATE A LIVE: Rinne Utopia. 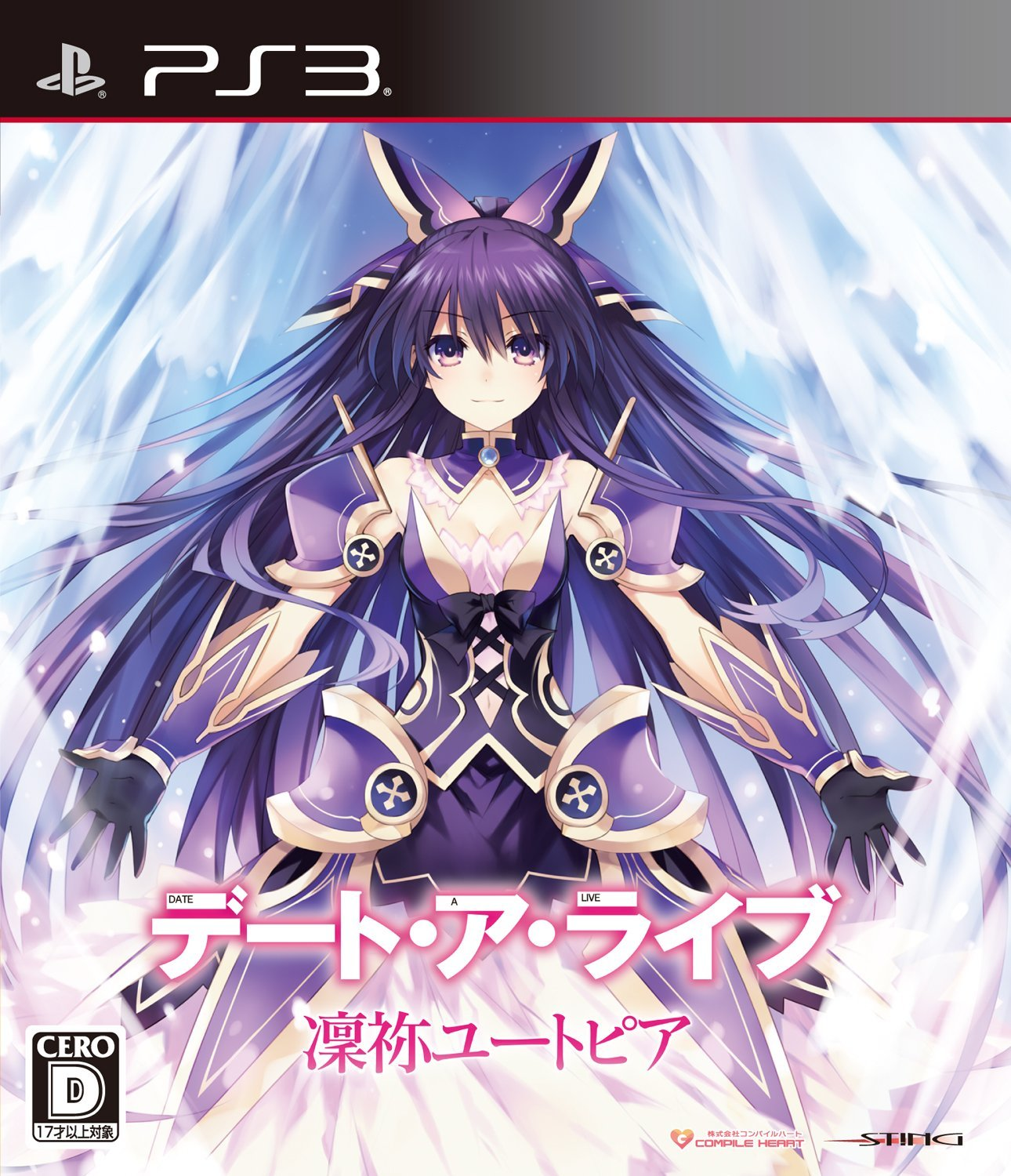 Rinne Utopia originally came out on the PS3 in Japan only, but recently was finally localized and sold on Steam as DATE A LIVE: Rio Reincarnation , which is a collection of all three DATE A LIVE dating sim games. Its based on the DATE A LIVE anime, but tells story between seasons (or between episodes, I wasn't really clear on that). As such, the game uses characters that are already established in the story of the anime, and it's recommended that you watch the anime before playing the game.

I didn't do that.

I bought the game blind, with no idea what DATE A LIVE even was. I somehow hadn't heard of the anime, I just saw that this was a dating sim with the word date in the title and bought it without hesitation. Thankfully the game fills you in decently enough on everything in the completely bonkers story that I could follow along with everything, but I wonder how different my experience would have been if I was familiar with these characters and their backstories.

That said, one of the twists of the story is a lot more twisty if you go in completely blind like I did, so if you want to check the game out and you've never seen (or even heard) of the anime or the light novel, then go for it.

The story is complicated and kind of stupid, but to very breifly summarize everything, there are spirits (which are basically all the girls you can date) and they are unstable ultra powerful beings. If they lose control, cities will be leveled. How do they stay in control of their power? By dating Shido, the main character, of course. He somehow stabilizes these girls, so going on dates with them is essential to keep the peace. I completed the game and saw every scene in the game and I still don't understand why Shido has this power, but that's not really important. 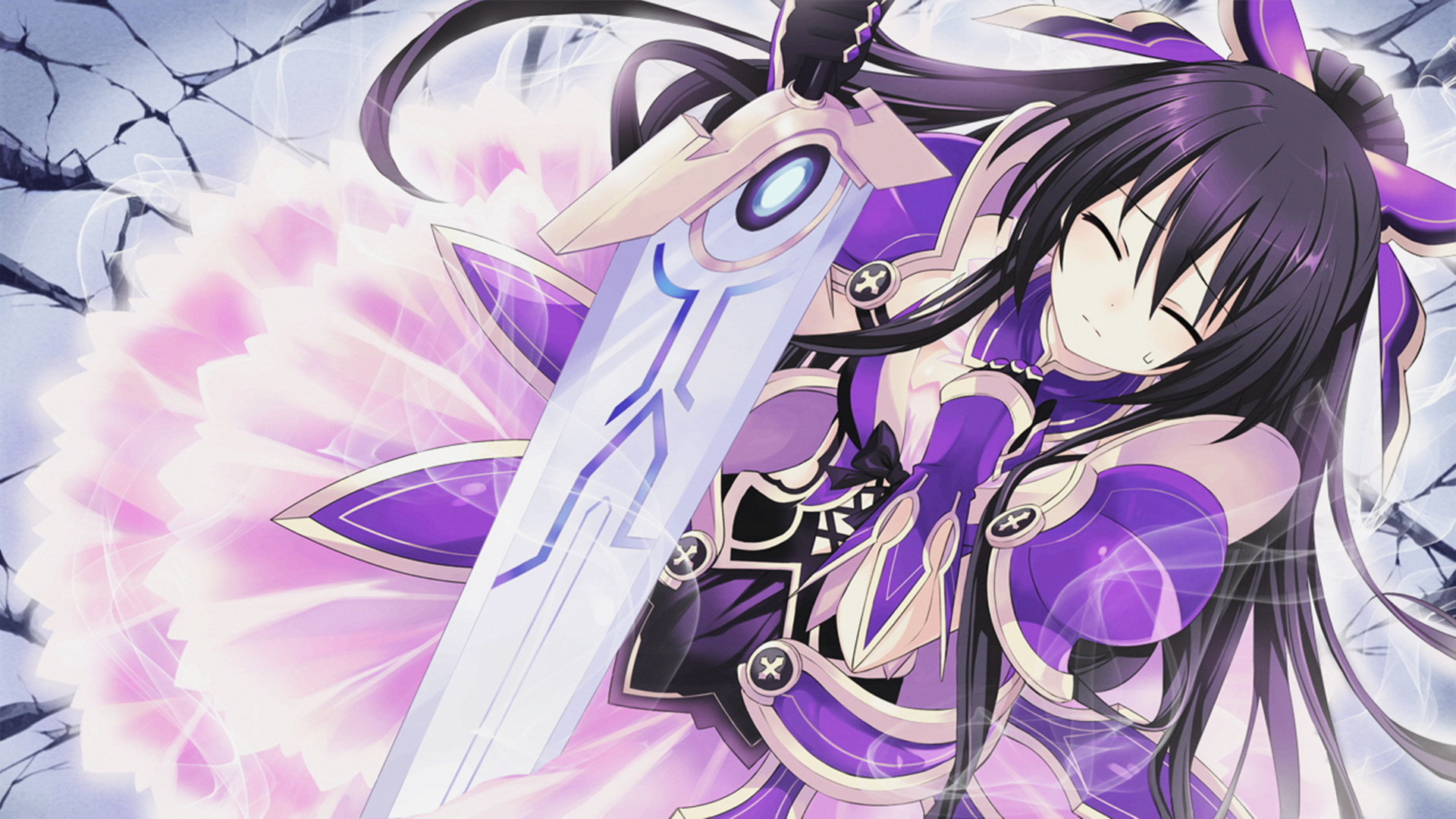 In Rinne Utopia, there are six girls you can date, though three of them need to be unlocked on subsequent playthroughs. There is Tohka, the above pictured purple girl, who has a botomless pit for a stomach and is incredibly naive to how human society works. Then we have Origami, a member of a military force meant to fight off the threat of the spirits who doesn't really like how Shido is friends with so many of them. She is also desperate to jump Shido's bones. Tohka's route is innocent and sweet, while Origami's route has Shido constantly telling Origami to stop stripping in front of him, so it was quite the juxtoposition.

Yoshino is a girl so shy she's basically a cripple. She can hardly function around people she's unfamiliar with, and before meeting Shido, her only friend was a hand puppet called Yoshinon. Yoshinon is an actual character, brought to life by Yoshino's power as a spirit (I guess, it doesn't actually explain it in game) and so when dating Yoshino, you also have to contend with her hand puppet. It's weird.

The other three girls present in the story who need to be unlocked by beating the game are Kotori, Shido's sister, but apparently not by blood because of course, Kurumi, who seems to be the bad guy in the anime, and Rinne, Shido's childhood friend. Kotori and Kurumi are spirits, but Rinne is just a normal girl. Kotori apparently inherited a spirit's power, which is how she can be Shido's sister and a spirit at the same time. 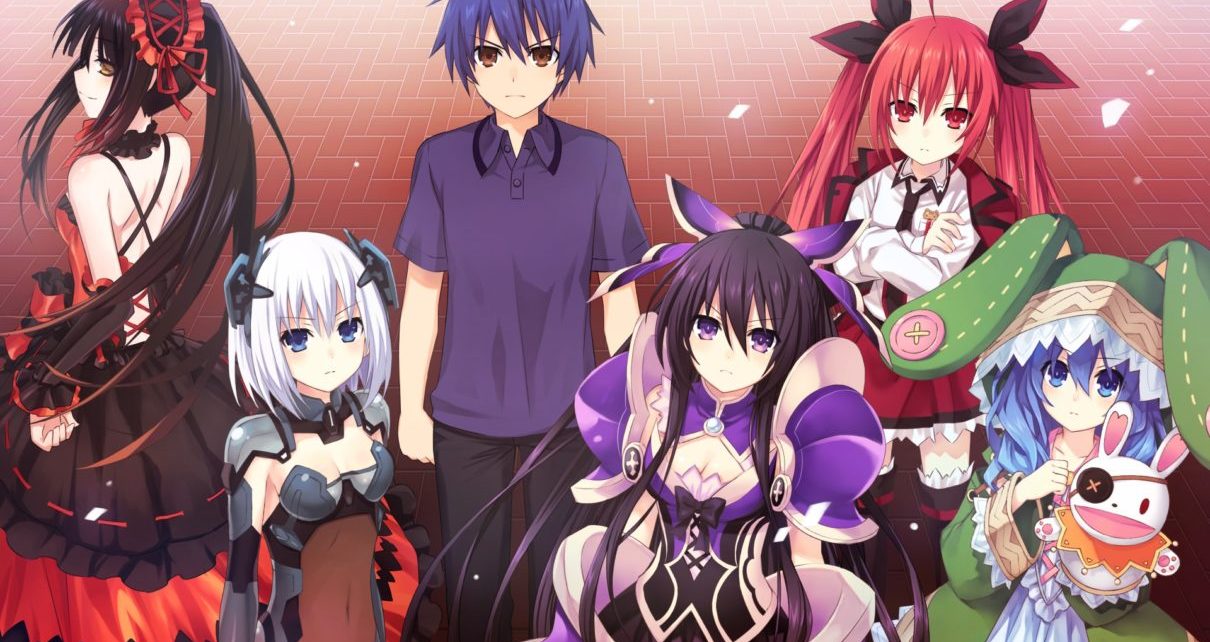 When playing a dating sim, you generally choose a girl and try to make all the right choices to get into her route and see her ending. Dating sims I think expect players to play through each girls route and see them play out, and for this one it's definitely recommended that you do so, as a true ending is hidden behind finishing all the routes in the game. If you only play through your favorite girl's route, there will be so many unanswered questions that you'll be left feeling unfulfilled. You will only get closure to all the games story threads by seeing the true ending.

So how are these routes? Did I form bonds with these characters like the theme for this month asked?

The problem, of course, is that when this game takes place, Shido already has a relationship with all of these girls. He was close with all of them, and I had no idea who they were, so there was a bit of a disconnect there. On top of that, the good endings for each girl are so cheesy and abrupt that I almost gave up on the game after finishing Tohka's route for the first time. Then I glanced at a walkthrough for the game to be sure I hadn't missed anything, and it told me that I need to not only get each girl's good end, but all their alternate ends as well. The alternate endings lead to the true ending of the game and set up a lot of the mystery of the game.

So I pushed on and played through each girl's routes, seeing both of their endings. As I saw these endings, I picked up on what was probably happening in the story and looked forward to playing through the final route of the game, that unlocks after playing through the five other girl's routes: Rinne's route. The game is named for Rinne, so her route is the one that leads to the true ending. I won't spoil it here, but figuring out what was happening with Rinne and learning the secret of the mystery of the game, was very satisfying. I saw a lot of it coming, but there were still some surprises waiting for me at the end of the game.

I didn't really feel close to any of the girls while playing through their routes, but playing through Rinne's route brings everything together and I did start to feel a connection with these characters, especially Rinne. Through most of the game, she's a pretty flat character, but that was fine as I was on other girl's routes. When the game finally focused on her and showed me her character, she became my favorite.

Rinne Utopia is such a strange game. It has a off the wall plot that I could only just follow without knowing anything about the anime that spawned it, and it's supposed good endings are probably the least satisfying. Despite all that, its final true ending made all of that make sense and brought it all together. I don't know if I could recommend it to anyone unless they like dating sims as much as I do, or they are already fans of the anime, but I had a good time with it at least.