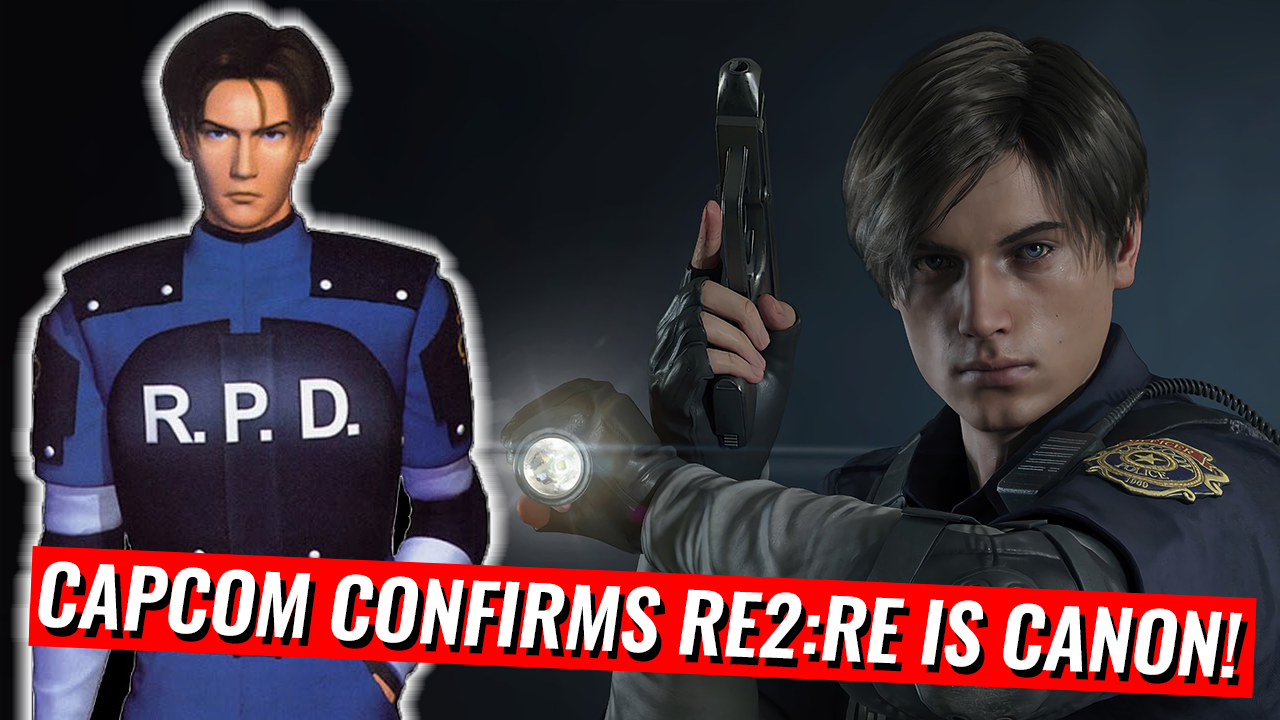 Hello everybody how are you! Today we’re talking about the essential confirmation that Resident Evil 2 is no longer canon. So if you’ve not been living under a rock than you know as of right now resident evil 2 remake is game of the year and is the highest rated game of 2019 but you may not know is that there’s been loads of discussion with the fans of the series as to whether or not resident evil 2 remakes is the true resident evil 2 or just fan service since a lot of the games original story and enemies were cut! I was on the side that resident evil 2 remake was the canon now because it is better than the original in every way but that’s not saying much as resident evil 1,2,3, and remake 1 have all aged extremely poorly to the point that they’re literally unplayable unless you were there when those games were new. I’m apart of gen 2 of resident evil so I didn’t hop in fully until resident evil 0. Shout out to all the mid to late 90s babies like myself.

“The majestic figure of Leon grew from the scourge of biohazard RE: 2!”

Biohazard re: 2 is the name of the Japanese re2 remake and they said this instead of biohazard 2 which confirms all of our suspicions and fuels team remakes fire as this is the article of confirmation we needed to see proof that re2 remake is the new canon. I doubt anybody is upset over that because now that gives backing to our other suspicion that capcom is the process of rebooting resident evil I mean I enjoyed resident evil 6 but every game between 6 all the way to 7 especially 7 just got progressively worse over time to the point that resident evil completely lost its personality but with the release of remake 2 it showed everyone that resident evil can be saved and that resident evil is not shilling out to follow trends like 6 through 7 did and remake 2 brought us back to horror and the controls and cameras resident evil was meant for.

In conclusion we now have the confirmation we needed and can look forward to a new line of canon for resident evil and who knows maybe the leakers who shall not be named were lying about the resident evil 8 details too so maybe 8 will be more story from the early days of resident evil to bring more support and backbone and lore for future titles!

I’m all over the place but i try to stay gaming oriented.