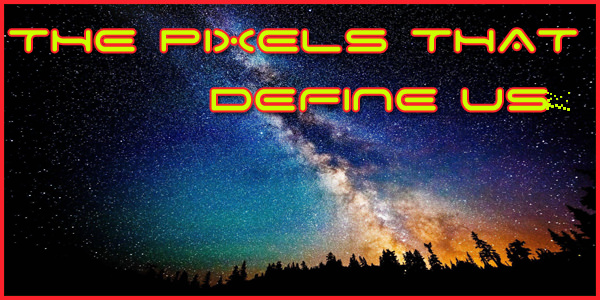 The Pixels that Define Us is a blog series detailing particular titles that have personally influenced me throughout the years and how I see this incredible medium of entertainment. All images belong to their respective owners. Captions are mine.

Warning: Spoilers for 2014 The Evil Within will be discussed below. Eventually

Growing up, my parents owned two apartment buildings, just big three floor houses. Triple-deckers they call them in New England. My younger brother and I shared a room on the first floor where our parents were, and my older brother got the entire third floor apartment to himself. When I was around 16, it was decided I could move upstairs to the third floor and have my own room. It was bachelor city. I setup my Transformers on my bureau, my older brother helped me move my own queen size bed in and I had my modded Sega Saturn hooked up to my 11 inch CRT TV so I could play my burned copy of Marvel vs Street Fighter anytime (complete with 4 Meg Ram Cart boyeee). I was the coolest kid I knew, it was like taking the next steps on the journey to true independence.

Late that first night I woke up paralyzed, unable to move or speak, feeling two hands strangling me in the dark. I thought I was going to die, trying desperately to move until finally I bolted up screaming. My brother didn’t know what was wrong, and checked every room to reassure me. The next morning my parents chalked it up to a nightmare, but it had been as real as they are. 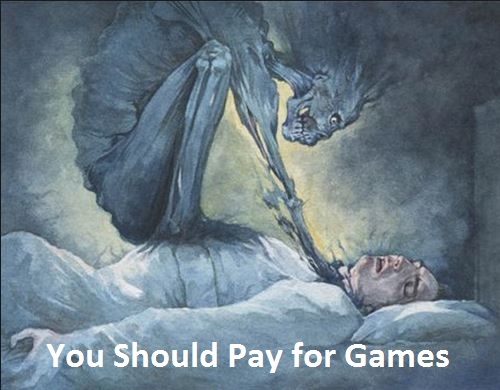 It was my first experience with Sleep Paralysis, a condition I’ve had on and off for almost 25 years since. In layman’s terms, Sleep Paralysis (SP) is when your mind is conscious and aware, but your body still sleeps, unresponsive to any of your commands. In a typical event you’re frozen and laying in the dark as you try desperately to move or make a sound. Hopefully you’ll be laying next to a loved one, and after much effort, you can begin to try and cry out. In your head you are screaming, but in reality, it manifests as a slight murmur. Hopefully, they will hear and gently rock your shoulder enough to snap you out of it, as if waking from a bad dream.

In other instances, if no one is around or they cannot hear, your only recourse is to focus on slowly trying to force yourself awake. First the tip of your pinky, slowly feeling the bed. The friction is enough to wake up more of your finger, which now allows you to tap. Harder tapping, more sensation, and more fingers wake, then your hand, then finally your body comes online and you’re free. The whole experience probably takes minutes in real time, but in your head, it’s a panicky struggle for who knows how long. 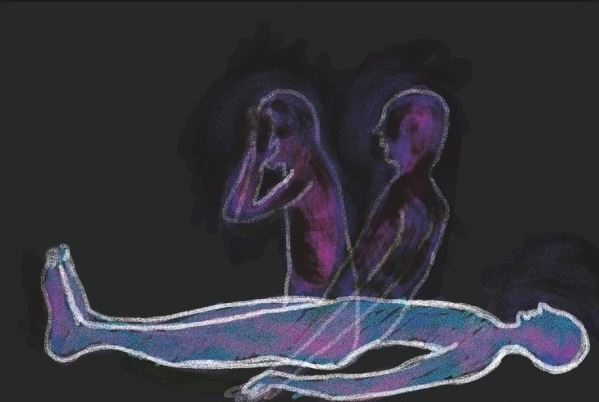 These events are ideal.

In reality, what the name Sleep Paralysis doesn’t describe are the vivid hallucinations that often occur while you’re frozen, ala that first night in my new apartment. You see, you may be conscious during an episode of SP, but a part of your brain is still sleeping and being influenced by your fear. Some benign examples I’ve experienced are hearing voices talking all around me, or even hearing my wife and daughter run up and down the stairs while I try to call out to them for help. When I eventually wake myself, I would see that it was 4am, and they could not have possibly been there. In yet another instance, I could feel my wife in bed next to me, hear her breathing, even smell the shampoo in her hair. I would try to move, try to make a sound and wonder why she wouldn’t wake me. “Please, I’m right here, can't you feel my finger tapping? Just rock my shoulder.” When I would eventually wake, I would be on the couch downstairs. I was never in bed to begin with.

These tricks with loved ones are the most nefarious, but not the most terrifying.

As I started this story, I have felt hands touch me, strangle me, press fingers against me. The craziest episode I ever had involved feeling the sensation of something grabbing my ankle, pulling me off the couch and dragging me across the floor of my house. Everything felt so real, the floor, the pressure. The only thing I didn’t feel is pain. No thud as I hit my head, or anything like that. It’s like my mind was trying to simulate what the sensation would feel like without actually knowing. The brain is complex, and what I’ve felt and heard is so real. The only reason I know it’s not real is because, I know it’s not. I’m absolutely convinced nearly all claims of alien abduction, out of body experiences, ghostly encounters etc, are actually manifestations of Sleep Paralysis. 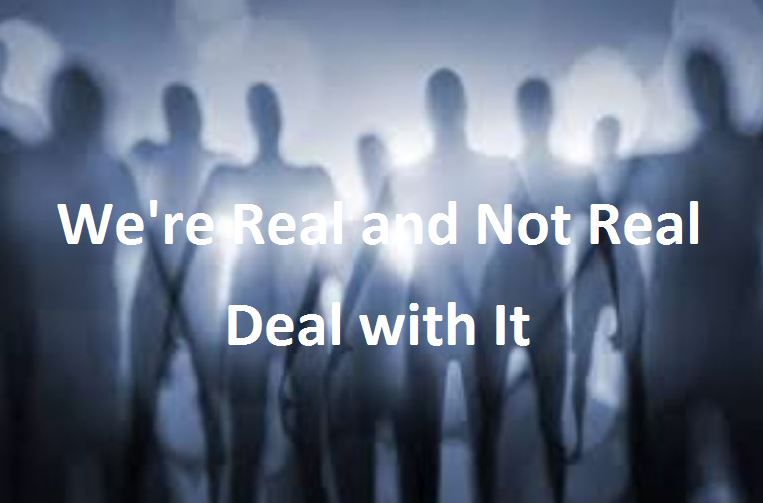 Anyway, why discuss all this on a gaming blog and not say a medical?

Well, this Oct, I started taking another crack at my “horror game backlog” and started going through the original The Evil Within at long last. It’s clunky and a little dated, but the design is great, the atmosphere fantastic and I genuinely love the enemy design. However, what caught me off guard is the story. It’s not only incredibly creative but resonates with me on so many levels, given my past and present. 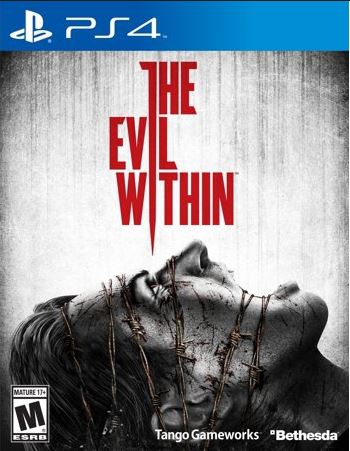 So the main hook of the story is that the horror world you’re in isn’t real. Youre actually connected to a machine with other people, trapped in a dream world of your own making. Think Wes Craven’s take on The Matrix. Everyone is trapped in and contributing to this shared dream, unable to influence it. Everyone except for one person at the machine’s core, who happens to be a madman name Ruvik, fueling your worst fears come to life. The game is a battle to try and escape back to the comfort, and safety, of reality. If I was going to make a game as a metaphor for SP, I could not have made one better than The Evil Within. I genuinely wish there was more information on the creation of the game outside of what is provided in the Art Book. I’m almost positive research was done into SP while making it.

For example, one of the hypothesized triggers for SP is sleep deprivation. I can confirm that when I would binge game or pull an all-nighter, I was more likely to have an episode. As I lay in bed, I could “feel” the overtired begin to manifest. It sounds like a small ringing in my ears. It’s almost impossible to explain, like the feeling your ears have when you yawn, but more constant. I would know when I began to feel this slight buzz in my ear, I would likely have an episode that night.

In the game, when something traumatic is about to happen, the characters also hear this loud, dramatic buzzing sound, as if the dream is about to ramp up. I know it’s just a coincidence, but it was a coincidence that spoke right to me.

One of my favorite scenes in the game involves one of the characters, a doctor, surmising what is going on, and trying to use a patient who seems to be immune from the dream to help bring the others out. They are almost successful, and you can see the bloody, rusted nightmare world start to revert to true reality: a sterile lab in which they all lay. Again, it was a perfect metaphor for the struggle to just wake yourself from what you know isn’t real, but is no less dangerous. Knowing something isn’t real does not save you from it. You can strap a VR headset on and know what you are watching isn’t real. It doesn’t spare you from the anxiousness of seeing yourself fall off a ledge. Your brain will make you feel what it wishes, logic be damned. The Evil Within knew this and played off the themes well. Having some lunatic control your dreams, and your desire to fight and destroy them. 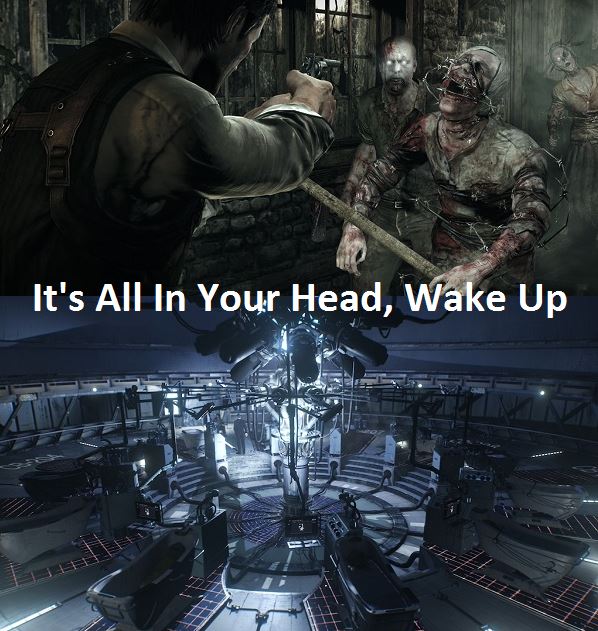 Anyway, I’ve rambled on too long. I was just so impressed at how The Evil Within presents its story and themes that I was inspired to write on just how well it spoke to something particularly personal to me.

Gaming, wrestling and transformers fan. At times opinionated, but always reasonable and enjoy a good conversation on the past and present of all things gaming.

Robocop (1986)
Transformers (1986)
Masters of the Universe (1987)
Batman (1989)
The Last Starfighter
Big Trouble in Little China
The Wraith
Bill & Ted's Anything Anything
Starchaser: The Legend of Orin

Celebrating 10 years frequenting (lurking) Destructoid. Looking forward to the next 10.