Waveform is one of the most peerless games I’ve ever played. I don’t even know what genre to group it in. What I do know is that there is nothing else like it, and that it is addicting fun.
So, space. The final frontier? A big empty void of nothing? Space. It’s a thing that exists. And bouncing through space is a little, uh, circle thing. It’s moving along a helix, up and down a big squiggly line. In Waveform, you adjust the shape of that line in order to steer that little circle to dodge obstacles and collect gems. 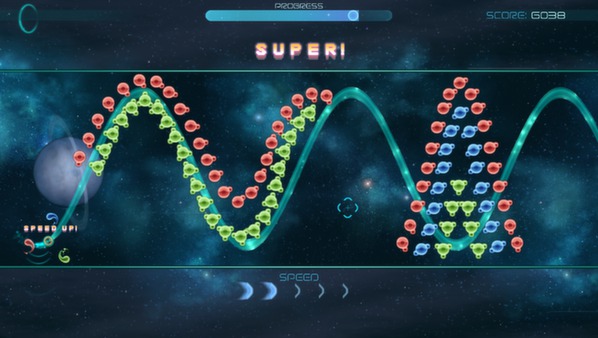 That’s pretty much all there is to it. There are some gimmicks and varying obstacles that show up as the game progresses, but the core remains intact through the whole thing. Move your mouse around to change the height and frequency of the curve’s peaks and valleys. Don’t let the circle die, and get as many points as you can before the end of the level.
You know the Tetris Effect? Where after you play Tetris for a long time, you start to see the blocks in front of your eyes? Waveform gives me something similar when I play it. After long sessions, I start to see that big squiggly line connecting objects in my view. Sometimes my vision seems to also be constantly shifting, just as space is constantly flying by in the game. It’s kind of wild. I even make a point not to play it before I have to drive somewhere, for fear that it will mess with my eyes too much.
It’s the kind of widget game that I’m honestly surprised isn’t more popular. I figured it would at least have a cult following in the same vein as Frequency or something like that. Yet pretty much nobody has ever played it. It isn’t like it’s cheaply made. The production values are excellent, especially for an indie game. I’d bet if it were re-released on mobile with a little bit of marketing, it would be a smash hit.
For now, though, it’s only available on Steam for the whopping price of...
Two bucks.
Seriously, it’s a steal. Go check it out, this game is great. 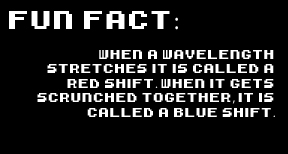