Hello, everyone. Alphadeus here with another album release in the Songs for Gamers series. For those who do not know, I reach out to many members of the Destructoid community and ask them if they want a song. They give me a song title (sometimes I provide the title), and links to music to use as inspiration, and I hopefully write them a song they enjoy. I've been doing this project on and off for the community since 2011.

It's worth mentioning in its own paragraph, that the purpose of these albums are as a gift to the community, and are always available for free download. I highly recommend if you want to grab one of these albums, to do so for free. It's not about exposure, I just want to create a gift for people to enjoy. Here are the previous albums. 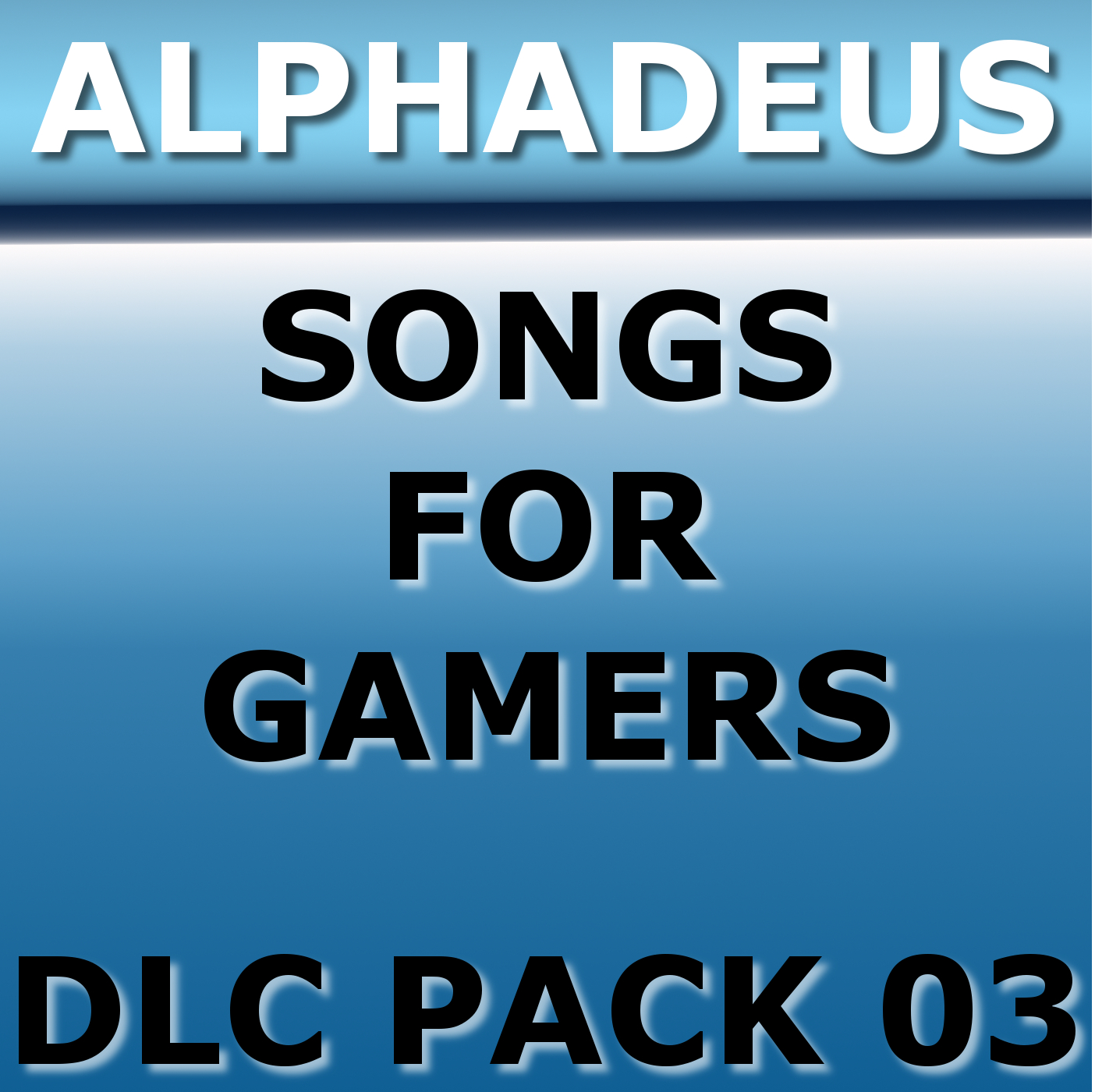 This blog post was written to talk about the newest album in the series Songs for Gamers DLC Pack 03. The songs were written in 2018, for 13 individuals (Lucky number 13). I'll write a little bit about each song.

Brawl in the Moonlight (InquisitiveRavenclaw) - Kind of a really neat jazzy boss fight, or a song for a fighting game.

By the Sword (Riobux) - Not afraid to admit, this is probably my favorite song on the album. I love the instruments, and the overall feeling of the song. Very heroic.

Dear Friend (Occams) - Occams asked me to write a song for him as if I was writing for his funeral. This is what I came up with. A nice organ piece.

Industrial Mill Zone (SrChurros) - SrChurros wanted a song that would be in the same universe as Techno Garden Zone (a track on DLC Pack 01). I really enjoy this song and the sense of attitude it portrays.

Mysterious Orange Blur (Dango) - There were two major influences to this track. Trance, and Saxophone. I think this track came out exceptionally well.

Peace Once More (Rasori) - The theme for this song is returning home to a village now at peace.

Pie in the Sky (triggerpigking) - Very happy, somewhat bouncy track written for triggerpigking. I couldn't quite emulate the music used as inspiration, but I still think I wrote a very good track.

Sleeping Dragon (LaTerry) - Beautiful solo piano piece. These are probably the most difficult songs to write, since I play piano and there are so many ways this song could've went. I think it went down the right path.

Spirit Ablaze with Rivalry (Cedi) - Holy smokes, this is a great song :p Very powerful battle/boss battle theme. I love the horns and the synth lead instruments. Definitely worth a listen.

Summer Rain (Fendi) - The request was for Slow Bossa Nova, and I think I did a great job on this one.

Tenacity (Luckrequired) - This is a very interesting song (in a good way). I tend to use synths and other instruments to create a lead melody, but this song does not have one. It's a funky guitar riff with drums and bass. It's unlike anything I've written before, and I think it's amazing.

The Wes Tacos Show Theme (weslikestacos) - Very fun song, and a fun suggestion. Wes wanted a song for his 80s sitcom. If you notice, it repeats the second time without the lead melody. I did this intentionally to try to give room for the announcer to tell you what products the show was brought to you by :p

Waffles (Greenhornet214) - Love the instruments in this one, the warped bells and flutes. It has a great beat, and I think is a great feel good track.

So that's Songs for Gamers DLC Pack 03. I'm taking a break from music, I don't know for how long. I'd like to make a DLC Pack 04 if possible. I hope you enjoy the music on this album, as well as the tracks on the previous albums. In fact, I hope you find something you like listening to on any song in my discography (I'm up to over 550 unique original songs now!). Thank you for reading, and thank you for listening.

I am Alphadeus. Local gamer and music writer. I've written over 800 unique original songs, many of which have remixes or rearrangements.

I have written music for over 140 people in this community in the form of "Songs for Gamers" albums, which are on my Bandcamp page. They definitely show off my range of genres.

I play casual games mostly. Bejeweled, Final Fantasy XIV, Animal Crossing, Diablo III, and others. I'm 40 years old (as of 2021), and have been playing games most of my life since Atari 2600.

I highly recommend you check out my music sometime. It's the best part of me. It is mostly in the style of video game music, but I mix it with different genres.

Thank you for taking the time to read my Bio.