I enjoyed Hand of Fate very much, it had its flaws but it was a fun game. The sequel, aptly named Hand of Fate 2, builds on the original and makes some changes that work in its favor. 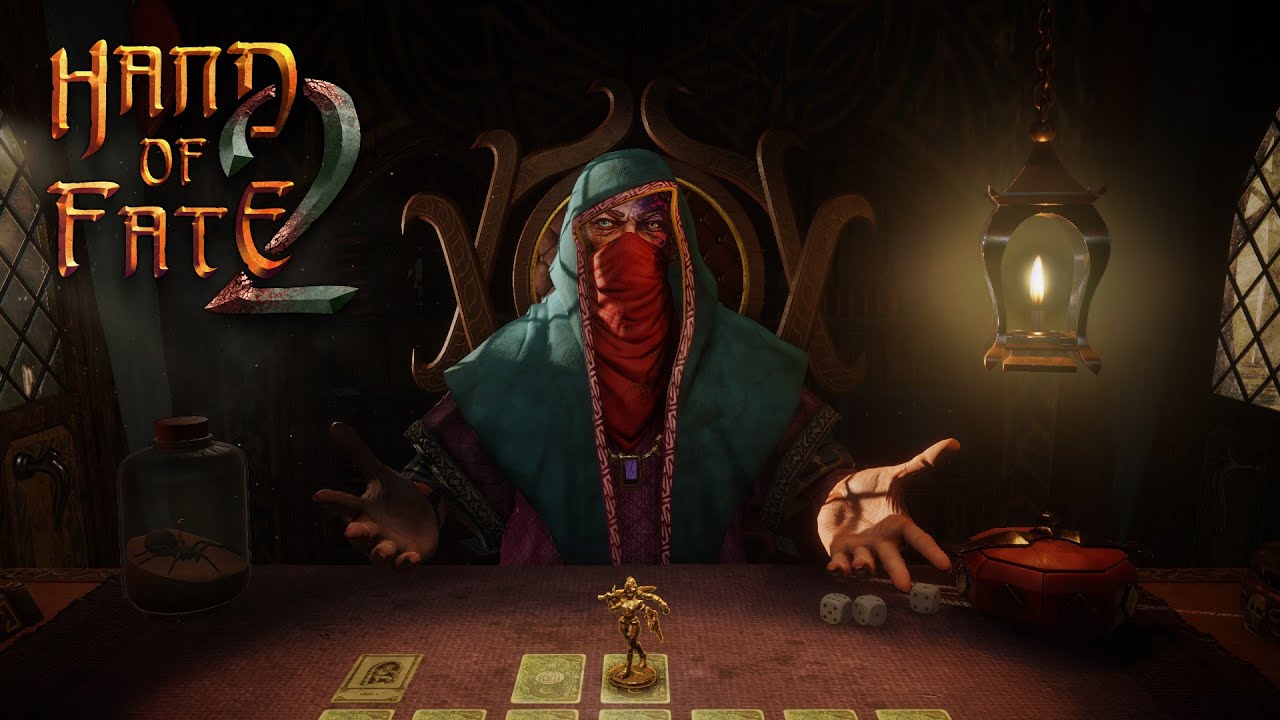 The game is simple. All of the items and interactions are represented by cards, and when you get into a fight it is a brawler in the vein of Batman Arkham Asylum.

The game is simple. You have cards which represent all aspects of the game: items, encounters, companions, gold, and food. You choose a location on the map and then pick which cards will be available there. Weapons and armor, encounters, and companions are the three types of cards you choose. The dealer has cards of his own, though, and things like gold, food, blessings, curses, and pains are all put together from him.

The location, or level, you play is basically cards laid out in a pattern and you start and one end and go towards the other with each move using a food. As you land on cards they reveal encounters, either the ones you have chosen or new ones that are unlocked in that location. New cards will have a coin on them which will give you a new card or cards once completed. Encounters are things like finding a crypt that may or may not have a treasure in it, entering a tavern and having an arm wrestling contest, or stumbling upon a woman being attacked.

You can choose, in most cases, what you want to do. Do you try and save the woman? Do you wager you can beat the muscleman? Do you sneak up and listen to some thieves in the woods? This is where the dice rolls come up.

You have 3 dice to roll and you can reroll one time but companions, items, and blessings can give you more dice or rerolls. If you want to sneak up on those thieves without being heard, you may need to roll 12 or more. If you roll less than that, you choose which dice to reroll and try again.

You may not roll the dice to see if you succeed or fail, you may need to pick a card. You will get 4 cards laid out in front of you, at least one fail and one success. They flip over and get shuffled, like a game of three card monty, and if you follow them right you can pick the correct one. Usually this doesn’t work well, but if a card goes to the top of the pile as it shuffles, you can easily follow it. It seems random but with the first game I got pretty good at following the card(s) that I wanted to pick. This game makes it a bit more difficult, but with time I think a person could get very good at following the cards. 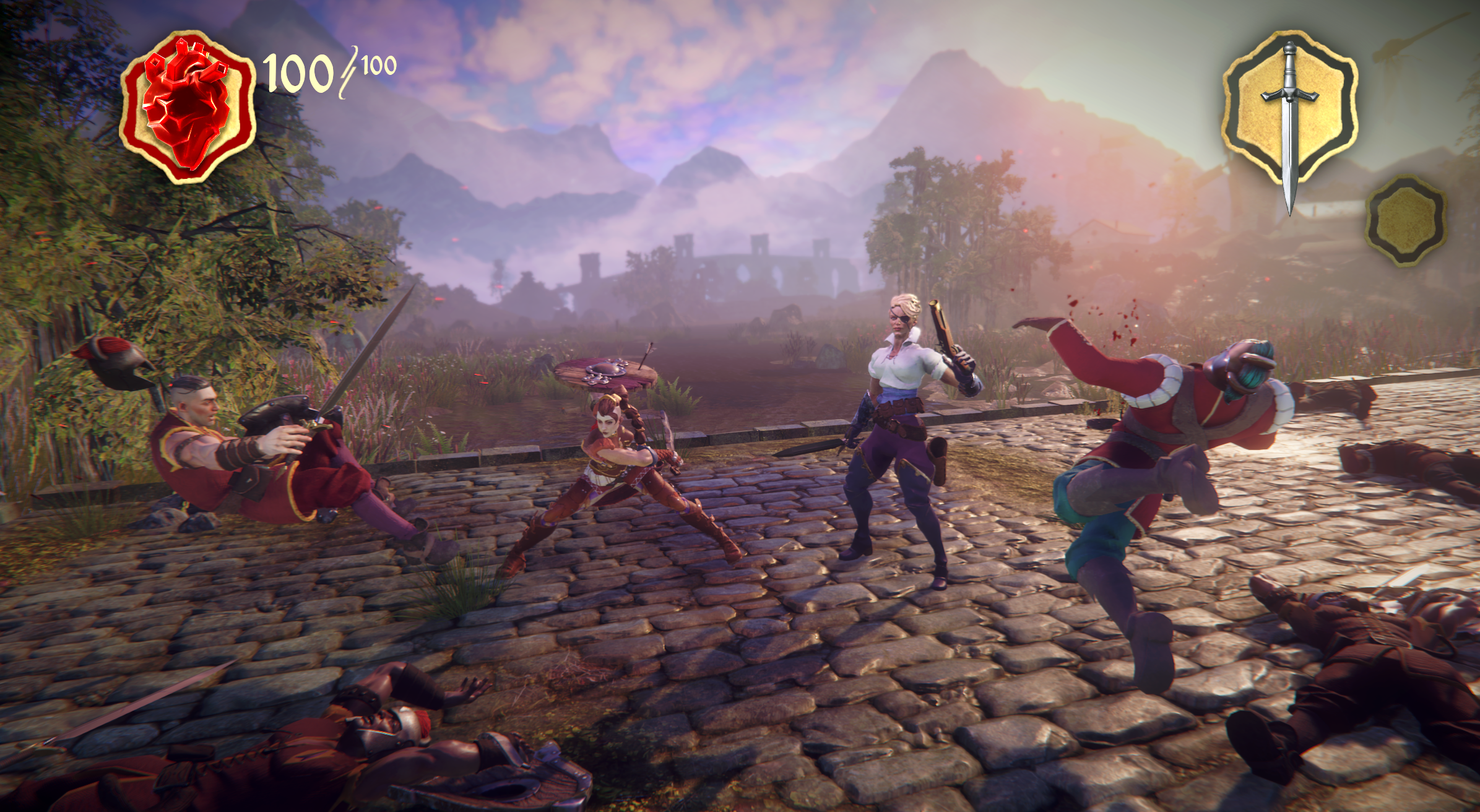 Some encounters lead to battle. You see the cards you have, weapons and whatnot, flying on the screen, until it turns a bright white and the battlefield comes into focus. Fighting is brawler style, in the vein of Batman Arkham Asylum or the more recent Shadow of War. You can attack, bash, block, or dodge. The bad guys will have a symbol over them telling you what to do, block or dodge, and if you get a long enough hit streak you can use a special attack that changes based on the weapon you are using.

When you go into battle you also get a companion. The first one you get is a magician who can cast a protection spell on you so one hit doesn’t hurt you. There are others you find, and whichever one you choose to come with you for a location will dictate a few card choices you can make.

Occasionally encounters allow you to make dialog choices. I had one where someone told me to go to a certain place. I was able to ask questions about the place, like where it was and what I would find there. It didn’t change anything but it added some details to where I was headed.

Once you get to the last card, you fight a boss. Sometimes there are quests that need to be done as well, but usually you just fight a powerful foe to finish the location and open up new ones on the map.

I like the addition of the map, and the way locations are unlocked. The first game made you play in order, this one lets you choose where to go next. An early level had me searching for six blessings before I got to the end, and I kept getting hurt in blizzards. I was having a hard time, so I went back to an earlier level and played it with some of my newer cards. This helped me unlock a few things that got me through the blizzards a little easier.

As you walk around a level you can make a campfire. This is something new to the series. Instead of just walking around between encounters to gain health, you can camp and use food to heal. It serves the same purpose but it makes healing much easier. Food is only consumed when you move to a card you have not yet landed on, and it heals you slightly, but if you are out of food you will take damage.

The fighting can be difficult, you can’t just button mash attack. I always seem to press attack a few times very quickly, but that only made it hard to hit block or dodge when I needed to. Plus, blocking is very fickle, many times I would push the button but it wouldn’t work because I was in the middle of an attack. However, sometimes it would stop attacking and block, and I never really found a pattern to it.

I had a few other problems with the battles, though nothing too major. A few times I would get hit by someone when I was not very close to them. They would swing and miss, but I would still take damage. I also had to switch to using my keyboard once when my controller stopped working. It was on and connected but the game suddenly didn’t recognize it. It started working again a minute or two later, but by then I was getting beat up pretty bad. The issues were few but I hope they are fixed with future updates.

One update from the original that I liked was that you can customize your character. This is a small thing, but it makes the game that much better. You can pick male or female, and you have a few different sin colors, face expressions, and hair styles and colors to choose from. It doesn’t really matter what your character looks like, but it’s nice to have the option to make it your own. More options would be nice, but just the fact that you can at least pick your sex is great.

I like the use of cards for all the things in the game, and the way I could pick what cards I wanted to use for each location. As I got new weapons and armor I would add the best ones for the level to my deck and it really helped. And when I got the coin from a card, I could remove it and replace it with a card I still needed to complete, or with the next card in the quest.

This game is an improvement on the first one. It adds new enemies with different attacks, and the map system is much better than the first games linear progression. I also loved the camping between moves for healing, and the fact that you don’t use food when you move between cards you have already done.

The companions are a great addition as well. Having someone else in a fight to help really makes the battles better. They attack the bad guys and have a special ability, and I won a few times only because I had help. Plus, their stories add to the game; I learn about my companions and experience more about the game world. 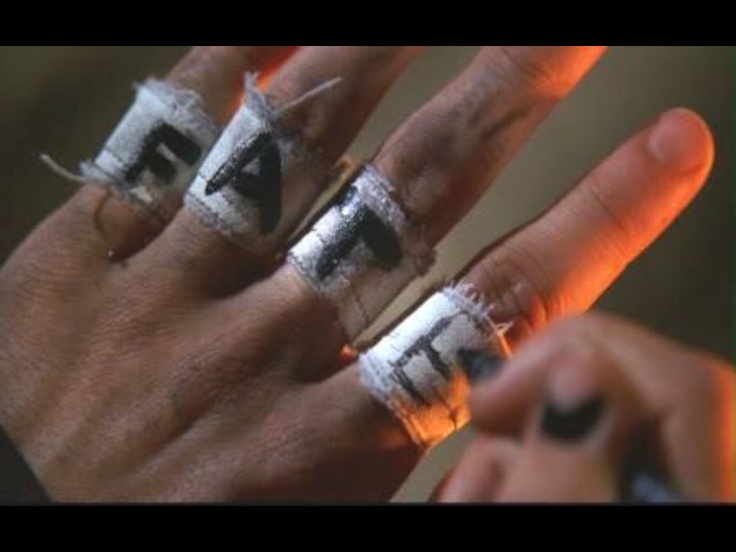 If you like card games and brawlers, you may just like this game. I only got through about half the game, but I will continue on until I finish it. It is a fun game that does more than the first one and I highly recommend it.

Give it a score? 7/10 I suppose. Maybe 7.5. I liked it but it could still be better. The fight controls could be tighter, but it is an improvement on the first one.

I have a website I barely update. It's more of a blog. https://www.ima420r.com