The Souls series: Your Victories are Meaningless

Everything you have done or will ever do in your life is without meaning. Your impact on the state of the world is miniscule, and no matter how hard you try or what you can achieve, it will never amount to much. Your life is just a grain of sand in the cosmos, and there is nothing you can do about that.

But there's a tranquility in knowing that. It's a message the Souls series has etched into my mind. I've seen a lot of people argue From Software's fantasy-action RPG series is about achieving victory, and the rewarding feeling you earn from it. But I think the series hammers in a different message. It's something more sombre, but something I think should be taken to heart.

If there's an over-arching theme to the Souls series (Demon's Souls, Dark Souls 1-3 and Bloodborne), at least in terms of their plots, it's about comparing man to something greater. In each game you are just a human, alive or dead, awake or in a dream, and you are just a visitor in a world meant for Gods, demons or both. You enter into a world where man has no control, and any attempts to seize control are met with madness or death. 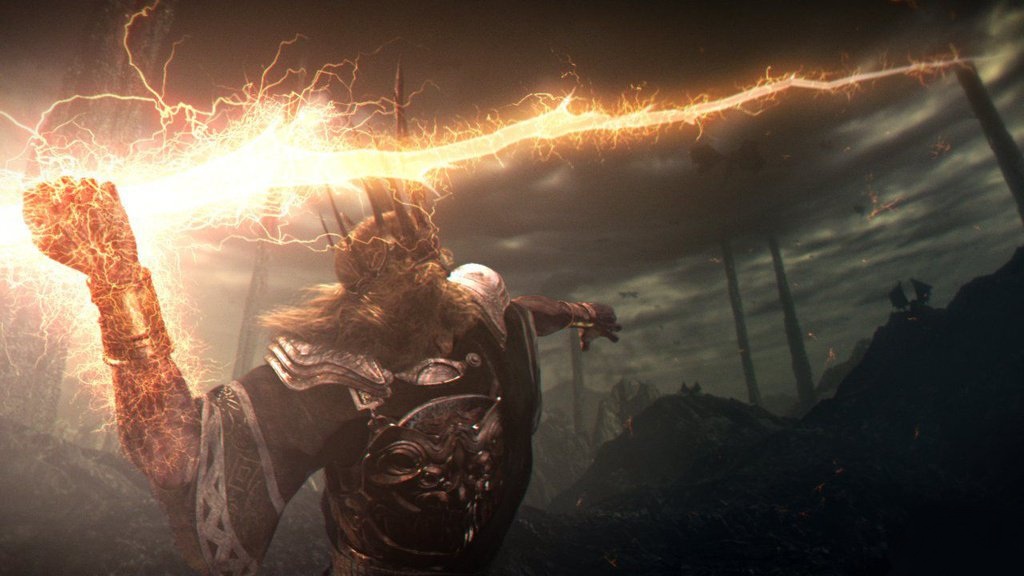 Look at the intro to Dark Souls 1. In the introduction, we learn that Gwyn led his armies to rise against the everlasting dragons, entering the world into the age of fire... but why? No one ever asks why Gwyn sought to slay the dragons and claim the world as his own. One can make assumptions or theories, but in the end that knowledge is beyond us. Gwyn, the Lord of Sunlight, and who can also be described as the first of the Gods, wanted the dragons dead.

But man has no say in Gwyn's world. Gwyn, his children and his compatriots are the rulers of this land. They embraced the power of flame and it is considered their age. Man, should they be even fortunate to be stuck with the curse of the undead, shall be sent to Lordran, the land of the undead. There they can live out their deaths, til they either go Hollow or... else. There's never any alternative explained, and it seems like anyone that becomes undead will eventually go Hollow in Lordran. It's simply the fate of man.

Let's say you stuck through it and achieved your goal. You slew all the Lords and took their souls. You find Gwyn, in the chamber of the first flame, rotted and Hollow. No epic opera begins to play, as with other bosses. Instead a piano begins to play slowly, creeping into your mind. No words are exchanged between you and the old lord. He's already long gone.

And your reward for slaying Gwyn and becoming the next lord to kindle the flame? You burn, possibly for eternity. You suffer to extend the age of Gods which are now long dead, at the whims of men, Gods and creatures that mean so much more to the world than you. You find the old king, his body used up and his mind in a dismal state. This is your fate. This is your reward for aspiring for greatness. In the end someone else will come down to the first flame and slay your hollowed corpse, as you did Gwyn. 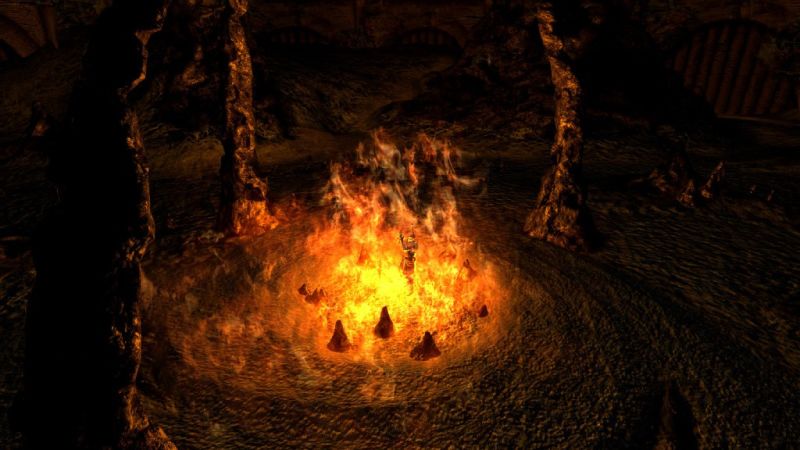 But let's suppose you decide not to kindle the flame, and instead decide to usher in the age of dark, where man finally has a say in their own future? What wishful thinking...

Even before Dark Souls 2 confirmed this theory, I always assumed there was something cyclical about Demon's Souls and Dark Souls. I found it bizarre that the game immediately boots you into New Game+ without asking. I assumed it was for gameplay purposes, but after a while a new theory developed. What if this is just how it goes? What if Lordran or Boletaria are just set to repeat the same events over and over, repeating history with age of Gods, then man, then Gods, then men... etc.

And even if you've achieved the age of man, what does that even mean? Can you comprehend what the Dark Soul even is, or what it will do? You walk into the darkness, but you're just as foolish and naïve as if you'd just kindled the flame.

But this is a recurring theme in the Souls series. No matter your choice, you sacrifice something, and rarely do you gain anything. You fight so many powerful creatures, demons or Gods, and your reward is impermanent. At best, you become another name in history. Your achievements are only remembered by the items and weapons you find tossed around.

In Demon's Souls, you're told King Allant has become powerful thanks to the Old One. You slay five mighty archdemons and obtain their souls to become the most powerful human. The Old One welcomes you into his gut, where you find King Allant.

He has bonded with the Old One and surpassed humanity. He is now a worthless slithering monster, resembling neither demon nor human. When you slay him you are offered a choice. Kill the Old One and throw away the power of the soul arts, tossing mankind back into banality. Or you can obtain the power of the Old One, and become something far greater than human, at the cost of becoming like the king. And like the king you too shall be a puppet, to be tossed away when something more powerful comes along. In Demon's Souls, power is fleeting. No one can possess too much power for too long. The power belongs to the Old One, who cannot be killed. He can only be put to sleep, so he can wake up some day and begin this story anew.

Replace the word 'power' with 'knowledge' and you have the plot of Bloodborne.

In Bloodborne SPOILERS the world is overseen by celestial beings known as the Great Ones. They exist, invisible to the average person. Only through absorbing their thoughts and obtaining inhuman knowledge can their existence be known. In order to even know about the Great Ones, one must embrace insanity. 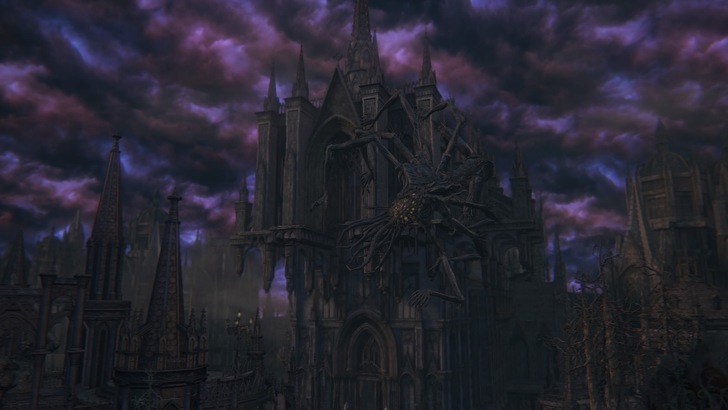 And many people in Bloodborne's world tried to use the Great Ones to make their mark on history, so they could change mankind forever. Some sought the knowledge of the Great Ones, some wanted their blood and others wanted to become a parent to an infant Great One. As you can imagine, all had terrifying effects to those involved.

Mankind suffered for trying to ascend. The knowledge of the Great Ones cannot even be placed into words. It can be etched into runes and memorized, but that does not lead to understanding. Understanding is punished, and for all your victories, your actions are meaningless.

Bloodborne does not have a traditional happy or bad ending. Instead there's greyness. The night can end and day will rise, but the events of the hunt will unfold again. You can defy the wishes of Gherman and the hunt, but in the end you are bound into the curse of the hunt eternally. Or you can embrace the Great Ones and slay the Moon Presence who brings the hunt, and become a Great One yourself.

Surely becoming a God is something that matters? That makes a difference to the world, right?

In a way, yes... but all you do is replace another dead God. As the Souls series shows, even Gods don't last forever. Some sleep, some die and power transfers from one being to the next, but nothing is ever permanent. You are but a grain of sand in the hourglass of the world. At best, your victories freeze that hourglass, and give you a moment to embrace the power you have earned. But in the end time will continue to flow. Your hardships will be forgotten, and your name will cease to be relevant. At every attempt to obtain power, you only grasp it for a moment before it is taken away from you, or becomes far beyond your understanding. Your impact on the world is insignificant. The world will keep turning, the grass will still grow and the birds will chirp.

Boletaria, Lordran, Yharnam or even Earth. We're just a celestial body that keep spinning. Our planet will continue to exist long after our lives end, and what we consider to be true power is just a fleeting image. What we do in our lives means nothing to the grand picture. We aren't even a tiny speck to be seen from the sky.

In 1972 NASA took the first full photo of the earth as it was completely illuminated. The image, named the Blue Marble, shows our planet in an astounding way. 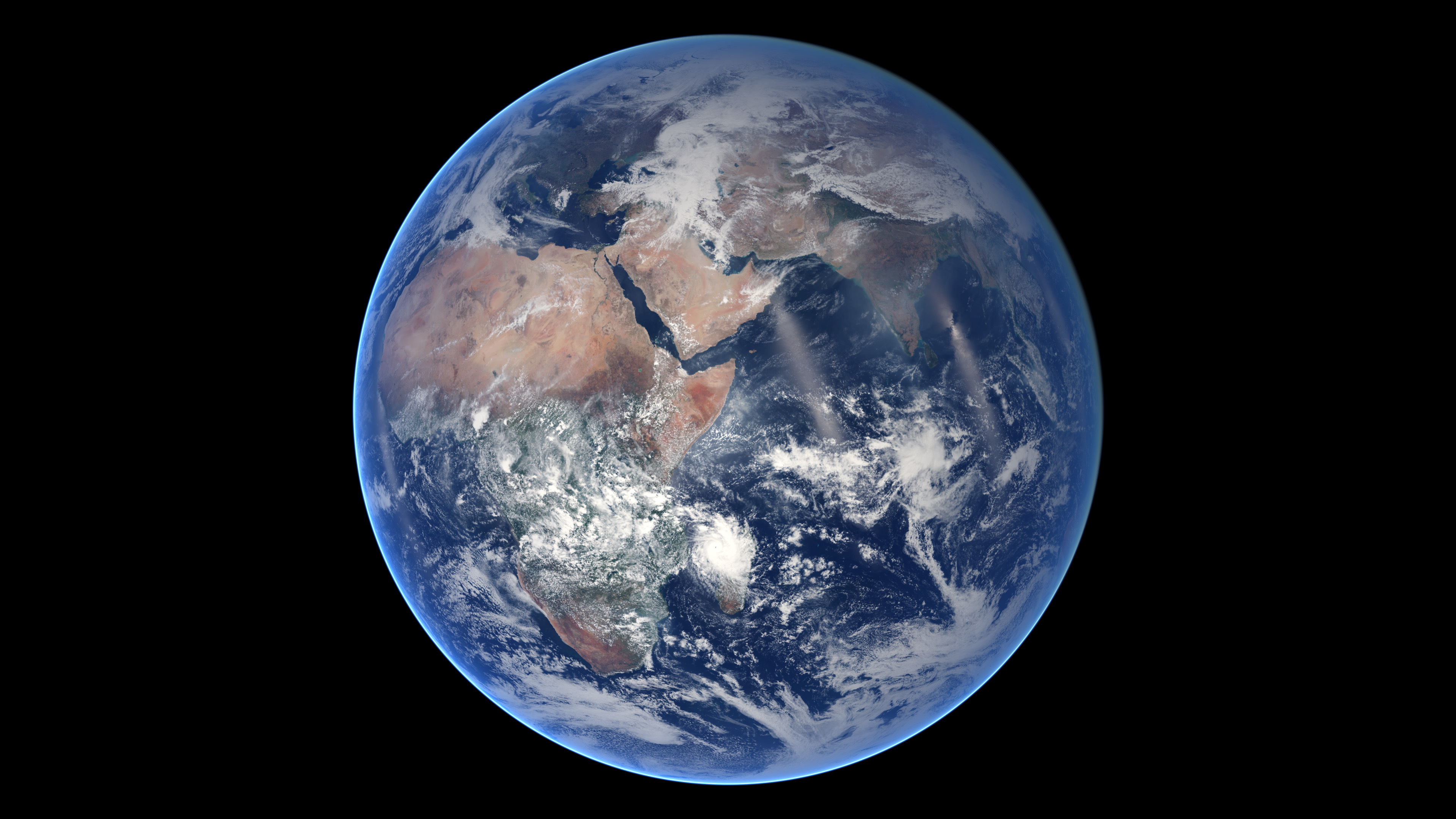 It shows a tiny little planet in the Milky Way galaxy. It was a powerful image because it showed how small we are as humans, and showed our planet not as a series of nations or borders, but as a world. The inhabitants of that world will live and die, but the earth will still remain.

And there's something relaxing about that. In embracing our powerlessness and meaninglessness, we obtain power and meaning. Our victories mean something to us, and we have to create something worthwhile in our lives. In the grand scheme of things, humankind will barely be remembered, so it should be our job to create something beautiful in the moments we exist. That could mean defeating a difficult enemy and feeling as though we succeeded when we never thought we could, or by doing something to make a difference in the lives of others.