Are we beginning to see more Immersive Sims like Deus Ex?

The late 1990s was known as the heyday of PC gaming. Games like System Shock, Deus Ex and Thief redefined open-ended gaming, and provided immersive experiences that allowed player expression and toyed with storytelling through environmental details.

These games are hailed as some of the classics, and despite the PC gaming scene arguably becoming something much more popular, diverse and populated, a lot of people still feel like those few games were the golden age of the immersive sim and PC gaming.

The immersive simulation is a sub-genre of gaming based on the idea of player expression through gameplay choice while creating long-term consequences for your actions. In Call of Duty, you can choose to shoot person A standing behind cover with gun X, or shoot person B behind cover with gun Y, usually with the same effect. That's not to knock on games like Call of Duty that provide thrilling linear narratives, but the concept of meaningful choice doesn't factor into Call of Duty that much.

Compare that to Thief: Deadly Shadows, since that's the only Thief game I've played. In one mission you're tasked with breaking into a vault inside a mansion, but need the key in the mansion-owner's office to do so. You can sneak into the mansion through a hidden door on the second floor, crawl through the shadows to a window, or find a way through the guards to the front door. 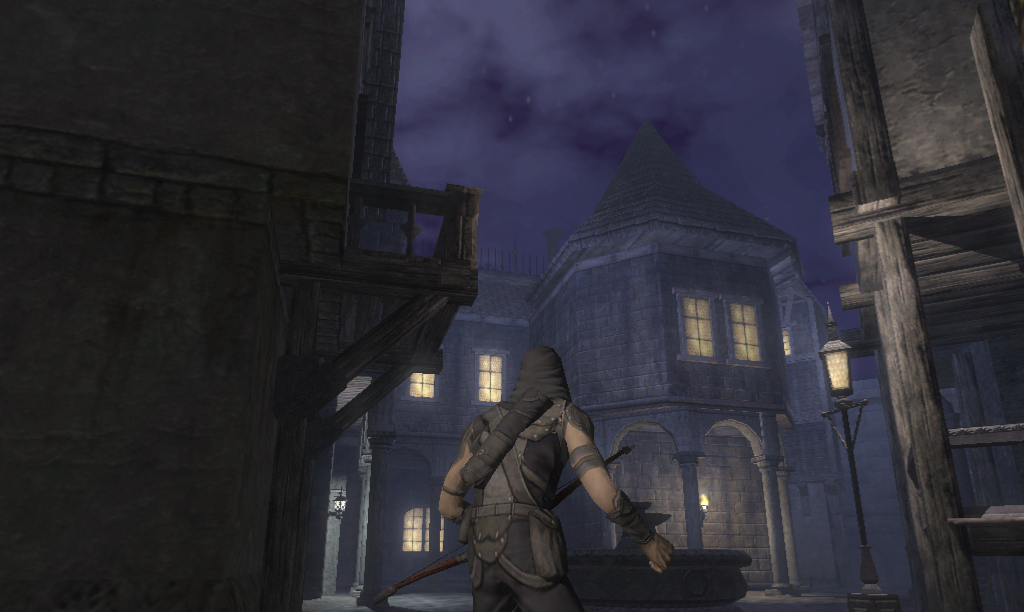 The front door, rear entrance, or climb up to the balcony? Your choice will dramatically change how you navigate the level.

And each decision drastically changed how you navigated the house. Deciding to sneak onto the second floor took you to the barracks, where you had the opportunity to knock out a lot of sleeping guards and loot their treasure, but you ran the risk of waking them all up. If you snuck in closer to the main entrance, you had a far more open path to the key.

The player was also provided with a lot of tools to manouvre any way they liked. Since hard floors create loud footsteps, the player can use moss arrows to create soft surfaces to dampen noise. Or, if the player sees a window, but no way to get to it, they can launch a rope arrow at a nearby surface and climb up to it.

Deus Ex offered a lot of options for how to handle scenarios, and both rewarded and scolded the player for them. In one scenario, your bosses tell to assassinate a terrorist leader, despite him being unarmed. You can kill him to appease your bosses, hear him out, in which case he'll be killed by your handler, or you can kill your handler to try and spare the target. Each decision echoes through with your various social groups, and determines how others will treat you. In many scenarios in Deus Ex, combat can be completely avoided in favour of deception or charm.

And I won't even begin to compliment the Liberty Island mission the game opens with, which sets the scene and establishes a level of freedom you don't see in many other games, or even in the same game later on.

But when the 2000s came around, we really stopped seeing this sub-genre. There could be a lot of reasons for this, but I feel multiplatform releases with consoles might be the main motivation for the hiatus of this genre. I really don't think it's "elitist PC masterace" to say these games handled much better on PC, and lacklustre ports of Deus Ex, Deus Ex: Insivible War and Thief: Deadly Shadows, as well as a perceived "consolization" of these series, led to the genre becoming dormant. Consoles simply couldn't handle the large areas needed for immersive sims, and as game budgets increased, the ability to account for limitless player choice became too unreasonable for development team's budgets.

While BioShock and Fallout 3 and New Vegas set the gaming world ablaze and and kept player expression alive during the years modern military shooters were dominant, I would argue Deus Ex: Human Revolution really brought the genre back to life. It had an openness to it we really hadn't seen since 1999, and treated the player with respect to their choices. While the game wasn't perfect (the boss battles in the original release killed a lot of the pacing and comfort of player choice), it did reinvigorate interest in immersive sims. I honestly think Fallout 3 and New Vegas were much better immersive sims, but there was something about Deus Ex making a comeback that showed the gaming world we weren't done with these types of games yet. 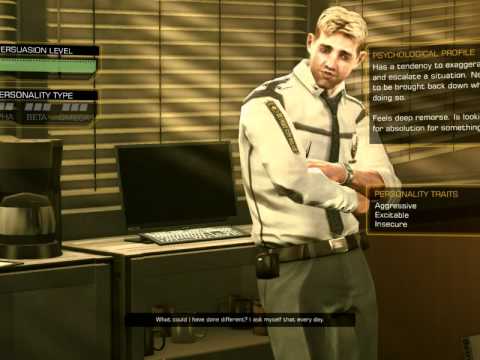 When you enter the police station you meet an old cop buddy with a grudge. Do you appease him so he can help you break in? Or do you antagonize him and find your own way into the station?

And while the Thief reboot would become a bland-choiceless stealth game, Dishonoured showed what player expression in a stealthy environment meant. While the game wasn't the funnest when playing completely non-lethally, it did give that as an option. I find the best immersive sims are the ones where high-level play looks absolutely insane, but can still be comprehensible to a new player. Watching players refine the art of Dishonoured and find the best ways to manouvre around the environment were artful.

In my favourite mission, The Golden Cat, the player is tasked with breaking into a brothel and rescuing a target while assassinating two corrupt politicians. The politicians can be tackled in any order, and the brothel has several floors with lots of balconies and external ways to get around the building. While in the brothel players can stop at an art dealer to torture him for the passcode for his safe, take out the madam and steal her keys and map of the building, and any objective can be take care of in any order. The locations of the politicians can change, so its worth eavesdropping on the courtesans to figure out where they are.

And now Dishonoured 2 has released and, from what I've heard, it's almost as good as the original. In 2016 we also had a new Deus Ex game, Alien: Isolation (with a surprising amount of Thief in its DNA) and Neon Struct, which I plan to talk about alongside Minor Key Games other work. 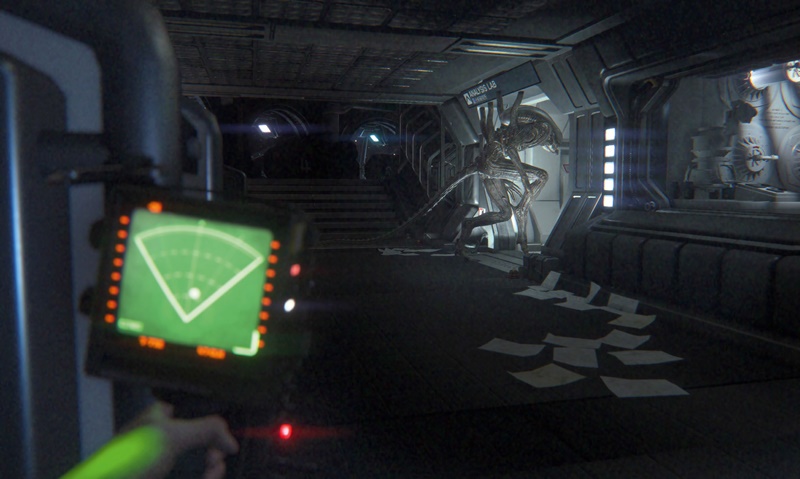 Choosing to avoid conflict, finding paths in open environments and using sound to find the alien, as well as a strong physical presence of the player-character, were key elements of Thief that translated to Alien: Isolation.

Next year we're going to see Arkane Studios (who may just be the modern day Looking Glass/Ion Storm) take on Prey, which seems to be a reinvention of System Shock. Speaking of, we're also hopefully going to see a System Shock remake as well as the third game. While I have my doubts about that last one seeing the light of day, I can say it's never been a better time to be into immersive sims... aside from the 90s.

Open-world sandbox games seems to be the dominant genre nowadays. While I think any kind of genre can become overplayed and banal, I think there's a lot more room for creative freedom in that genre than the military shooter, and I think some developers and publishers are taking the chance to create games that allow players to find their own paths in games, rather than follow the game's. I'm looking forward to seeing where this trend takes us, and if we have even more immersive sims awaiting us in 2017.