Nintendo recently announced that it dropped trainer customization from Pokémon Omega Ruby and Alpha Sapphire. According to Game Freak director Junichi Masuda, this feature will remain exclusive to the Kalos region. It’s an announcement that has been sour news for me and ultimately made me cancel my preorder of Omega Ruby.

I’m guessing that many of you are probably shaking your heads right now. Why would something as trivial as trainer customization deter me from this game? Pokémon isn’t about frilly clothing or dressing up. It’s not about that at all. Not… at… all… 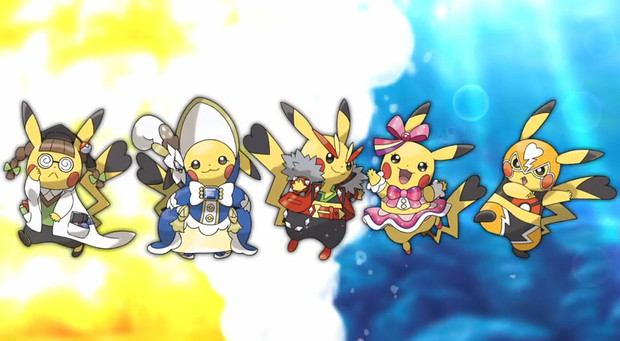 Joking aside, for most gamers, it’s about the Pokémon. The trainer is merely the catalyst for our experience with the creatures. For me, it goes a little deeper than that. I’m not arguing that trainer customization was almighty Game Freak’s gift to us feeble gamers, but I’d like more people to understand why this option means so much to people and why it was a mistake to let it go.

When I was a little girl, I named my Pokémon Red protagonist, “ASH.” It seemed appropriate. I was playing as a boy in a hat. The closest thing I could relate to was the character of the television series. I got a little more creative with his rival, “A LOSER,” and my Pokémon Silver’s “KENJI” and rival “BUTT.” Still, these names weren’t an extension of myself. They were just names.

Then Pokémon Crystal came around. For the first time, my own name came up on my Gameboy Color’s screen when NPC’s addressed my character. It felt so right seeing a girl walking around Johto. I became personally attached to her. Sure, her design was somewhat goofy, with her blue pigtails and swimmer cap-looking hat, but I loved her. She created a stronger link to the world of Pokémon than I had ever had before. Through her gender alone, she began the first true avatar I ever had in videogames.

As the years went on, I lost appreciation for gender choice in Pokémon. I never really liked the odd stalks of hair from the girl in Ruby and Sapphire and I ended up preferring the beret boy to the fourth generation’s winter hat wonder. When the second generation rolled back around in HeartGold and SoulSilver, they quietly removed the trainer that started it all for me and replaced her with a poofy hatted girl in overalls. Needless to say, I lost touch with a lot of the designs and ultimately forgot the personal connection I once had to the games.

I had just graduated from college when the announcement came that Pokémon X and Y were going to have trainer customization. I could hardly believe it. Looking back, I had always dreamed of a Pokémon game where I could design my own trainer. There'd be no more "ASH" or fashion sense deprived trainer. This would be a character of my own creation.

Needless to say, Pokémon X was a whole new experience for me. I wasn’t just playing any old trainer. I was playing myself. Specifically, I was role playing a younger version of myself. When I was younger, I used to dream of this sort of thing. Finally, I could live out my fantasy. I was the one who beat the Elite Four. I was the one who captured Legendary Pokémon. I was the one made my friends call me "senpai." 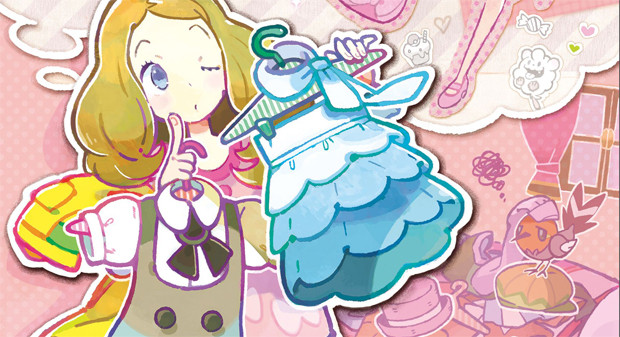 I understand that trainer customization is a preference. It’s an optional part of the game. But looking at this option a little more, I discovered something interesting. I’ve found that for my friends who didn’t customize their trainers in Pokémon X and Y, they also didn’t nickname their Pokémon. The ones who came up with elaborate, ridiculous names tended to also have very unique trainers. Of course, this is just me looking at the behavior of my close friends, but it showcases one defining point about the Pokémon games. Everyone plays them differently. All playstyles are valid.

My favorite Pokémon is Ivysaur. I made it a point never to evolve my Ivysaur into a Venusaur in Pokémon X. The game allowed me to do that. Sure, it was a harder journey, but I wasn’t forced into evolving it just because that was the smart, correct thing to do. I have several traditions I bring with me to every game, like naming my starter after a favorite fantasy character (Boromir, Lucien) or naming legendaries whatever dumb thing I can think of at the time (Sir Prawn, DEEEEEEEEEEER). It’s what makes the games uniquely mine. I’m sure everyone has personal traditions like these.

To me, trainer customization was very personal. Looking back on Nintendo 3DS camera photos, I found a neat time capsule of my character throughout her journey. She started much like I did as a child, with bright blond hair and a naïve look to her. Toward the end of the journey, I felt comfortable dressing her up in cute outfits. She didn’t need pants or harsh colors to make a statement. She was a trainer in her own right. She grew into a well rounded character, all because Game Freak let me choose who she was to me. 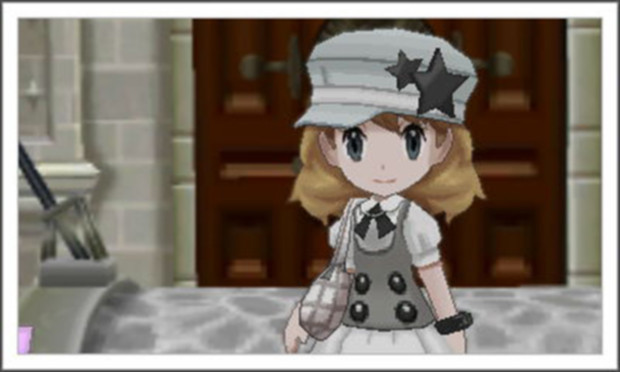 I’m quite aware of what I like to call the “helmet clause.” Go look up any article or thread about customization in a game like Skyrim and you’re sure to come across a comment saying “Why even bother with customization when your character’s just going to wear a helmet anyways?” I understand this stance, but at the same time I think people need to realize that people play games for different reasons. I play them for immersion. Sure, I have barely seen my character’s face behind her helmet in Skyrim, but knowing that she has an identity I chose for her makes the game so much more relatable.

If I could ask anything of Game Freak now, it’d be to bring back trainer customization for future games. I understand that it’s far too late to put it into Omega Ruby and Alpha Sapphire now, but those games are remakes. It’s actually understandable that such a feature didn’t make it in. But when thinking about future games, removing trainer customization would be a step backward for Pokémon. Could you imagine if Game Freak decided that the next protagonist’s gender was limited to a male or female option? Gamers would flip out. But honestly, that’s how devastating the removal is to me. It removes player agency in deciding who they want their character to be. For me, Pokémon is no longer about me saving the world. It’s the dorky kid Game Freak chose as my avatar. It is not a personal journey, but one I see as an outsider staring in.

Trainer customization recaptured the feelings of nostalgia I had for Pokémon as a kid. It enabled me to experience the world through the likeness of someone who looked like me. For some others, it allowed them to play as a character of their own creation. I’m deeply saddened that Game Freak has decided to keep this option exclusive to the sixth generation, but I suppose I should be grateful that I was at least able to have the experience I dreamed of for a little while. 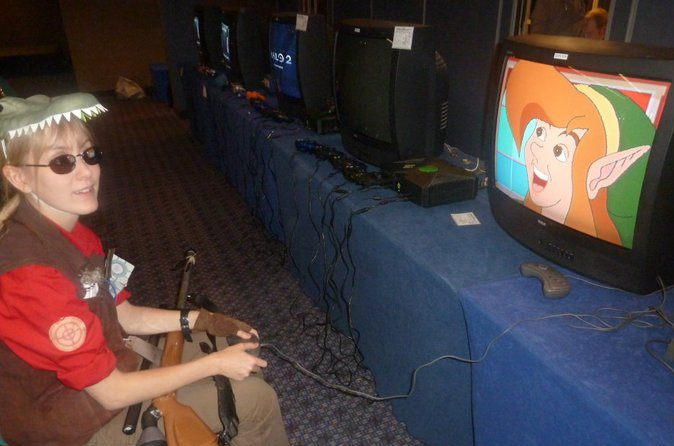 Carlton McHard plays Animal Crossing every day. She'll be forever devastated if Puddles the Frog ever leaves her town. In her spare time, she likes to write about manga and videogames.

Want to read her thoughts on anime and manga? Check out her other blog at Our Inked Obsession.