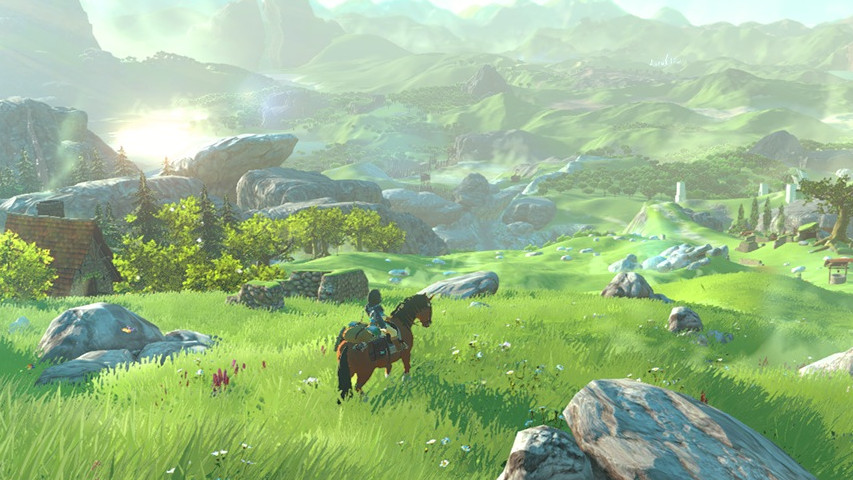 It seems like not so long ago that the year 2016 began. Yet here we are, around 16 weeks in. With a mere 36 weeks or so left. I'm not a Calendar Mathemetician, so please bear with me, but that sounds about correct, doesn't it? Let's take a look at sixteen games that are appearing on the horizon. Some right up close, like someone behind you at a supermarket checkout. Others dim and distant, like a supermarket shelf stacker's expression when you ask how much a punnet of blueberries cost. 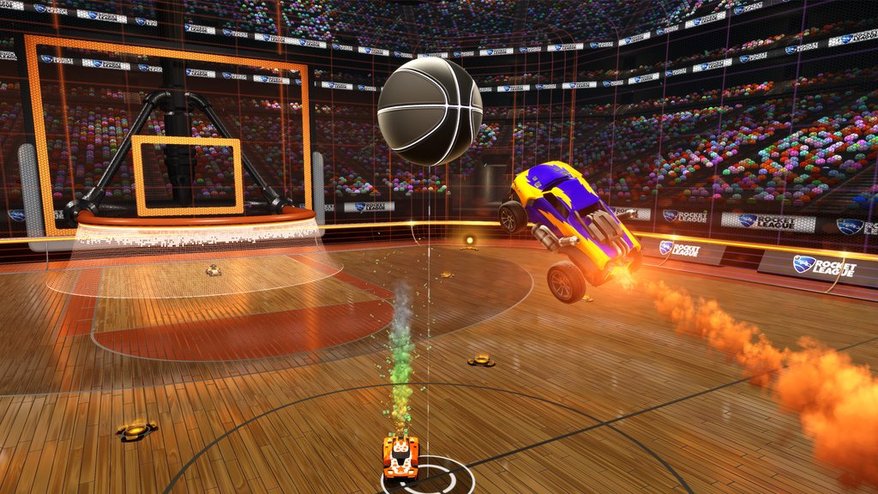 Whilst not technically a new release, this free update to football-with-cars gives you the chance to become Car-eem Abdul-Jabbar by playing basketball-with-cars,  and aim for oversized hoops on suitably squeaky floors, thereby utterly changing the game. Those yet to master aerials need not apply. 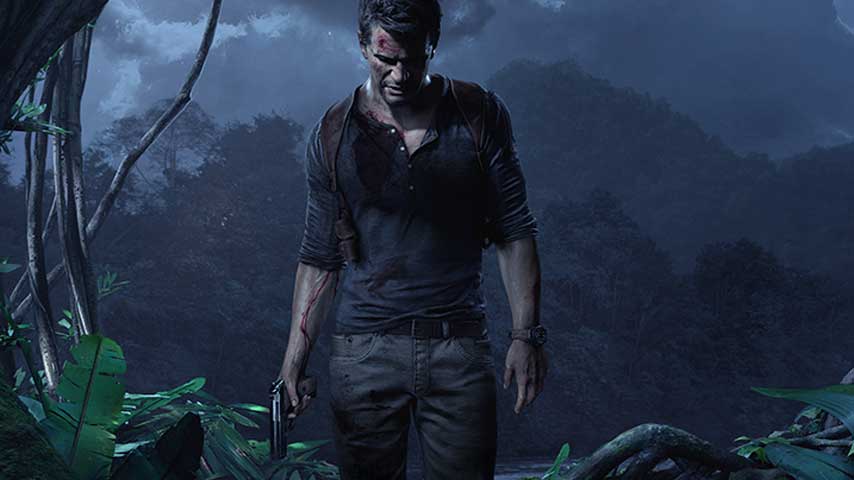 Shaping up to be Naughty Dog's swansong for epic adventurer, beige shirt wearer and Nolan North impersonator Nathan Drake. Globetrotting pulp-magazine adventuring with more than a mere nod to Indiana Jones with fortunes to hunt, conspiracies to unearth, exciting cutscenes, and epic set pieces are all abound as usual, along with a robust multiplayer component and new moves which include dive-punching from sixty feet in the air. No word yet about a go-kart themed spin-off, sadly. 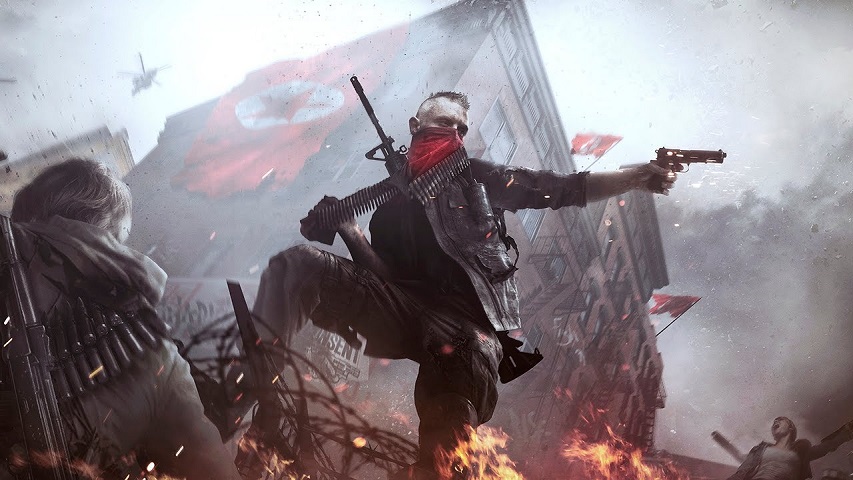 Carrying the somewhat poisoned chalice of being the sequel to THQ's tepid Homefront; Homefront: The Revolution is carrying far more promise: Development reins have been handed over to Dambuster Studios, who carry the remnants of Free Radical Design, former developers of the TimeSplitters series. The feature set offers a more promising experience: An open world setting, with an ability to scavenge, craft and modify weapons and equipment.  Indeed, the first two levels of TimeSplitters will be included as an Easter Egg in Homefront: The Revolution, which already help toward justifying the price of admission. 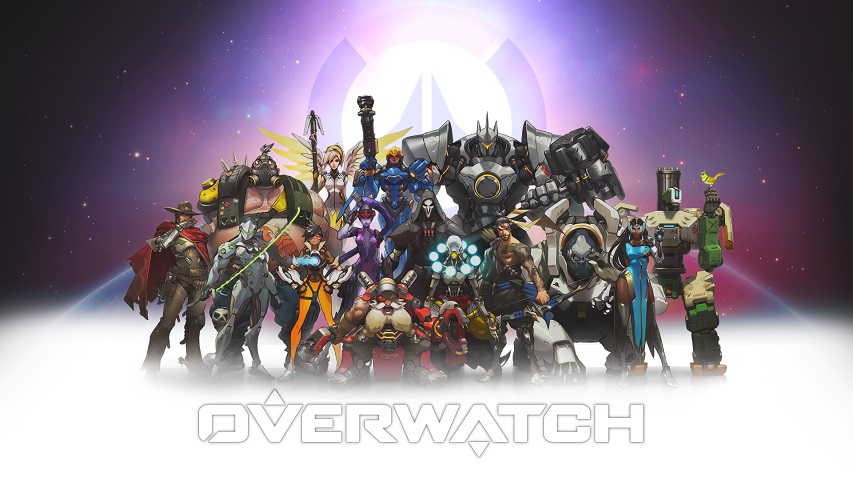 Blizzard Entertainment quaff deep from a punch bowl that's been spiked with a cocktail of Team Fortress 2 and League of Legends and wake up with a multiplayer-first-person-shooter-with-a-focus-on-squad-mechanics hangover. Diverse character classes, bold and colourful locations, and a healthy spread of story help make this title accessible for fans of Blizzard's work who may not be inclined towards 360-no-scoping motherhubbards. 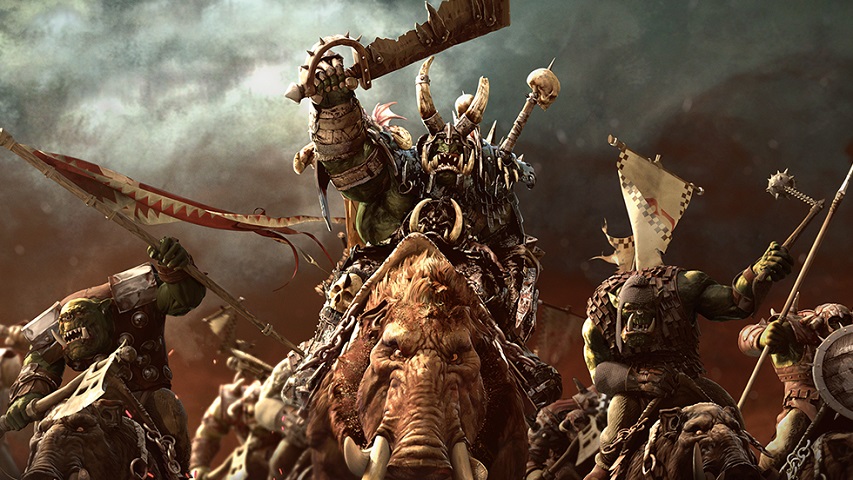 The first Total War game to contend with a fantasy setting, expect more of The Creative Assembly's combination of turn-based strategy and real-time tactics, although with a lot more orcs, goblins and dragons than you may have otherwise been accustomed to. More than merely a reskin of old Total War entries, The Creative Assembly is taking full advantage of the IP with more diverse physical terrain and campaign units, as well as powerful named "heroes" that can turn the tide of battle. Dwarf tossing is yet to be confirmed as an option. 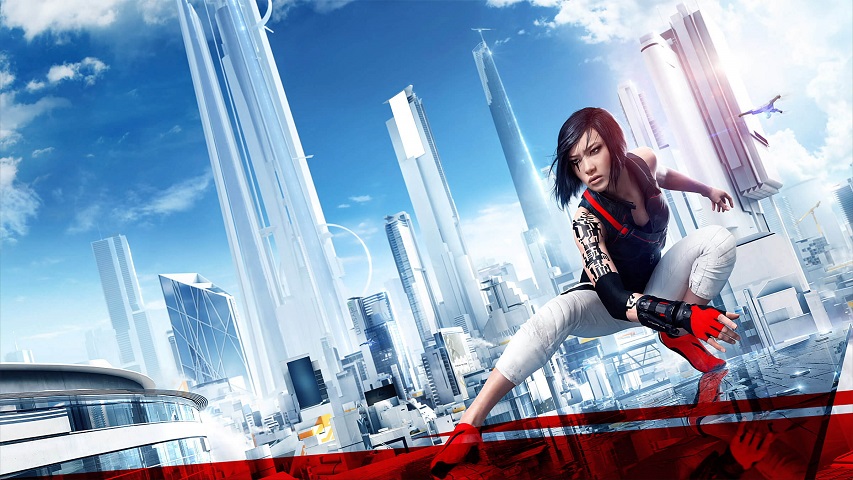 Long-awaited reboot to the 2008 crisp, shiny, first person run-em-up; Mirror's Edge Catalyst sees long lost cousin to the Prince of Persia and henna tattoo aficionado Faith Connors, as she hops and rolls around a futuristic utopia, crippled by an oppresive regime, stickin' it to The Man by beating seven bells out of them whilst wearing a fetching shoulder belt. 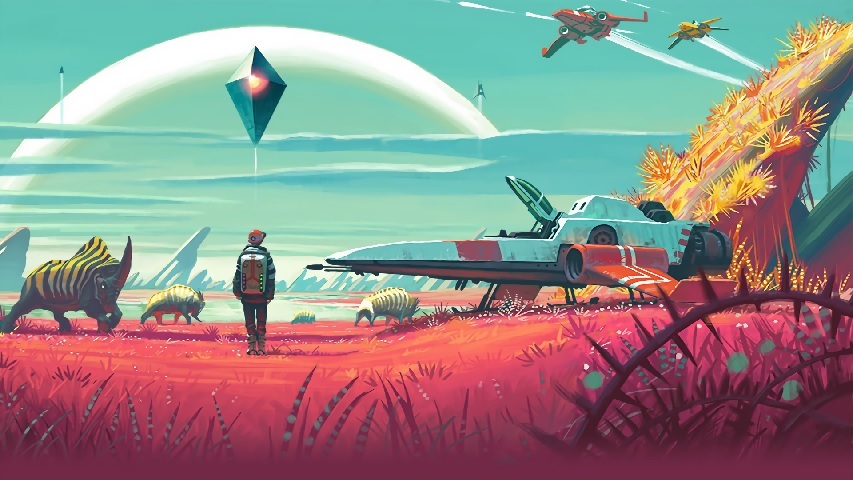 Unfathomably enormous multiplayer adventure survival title, grabbing fistfuls of Minecraft, Elite and Spore, along with a pinch of Grand Theft Auto's justice system, shaking them about in a hessian woven with old school exploration sci-fi, then scattering the whole gorgeous mix over 18 quintillion planets. Nothing if not ambitious, fingers firmly crossed that the statospheric hype can translate into a suitably entertaining game. 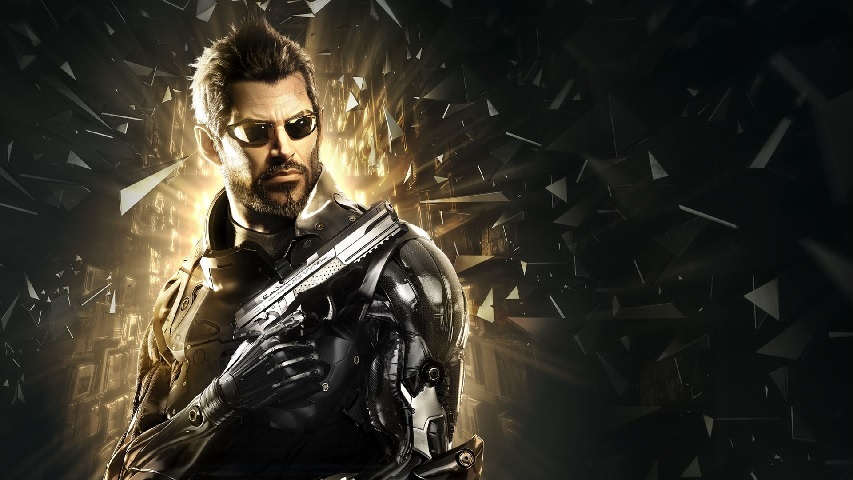 Adam Jensen never asked for his robotic augmentations, but more than a few people asked for a sequel to Square Enix's 2011 reboot of the seminal Deus Ex series. Fans would like to see more of the first-person shooting, role-playing, stealth and dialogue elements that made Human Revolution a success, but with an overhaul or omission of the inflexible boss fights. 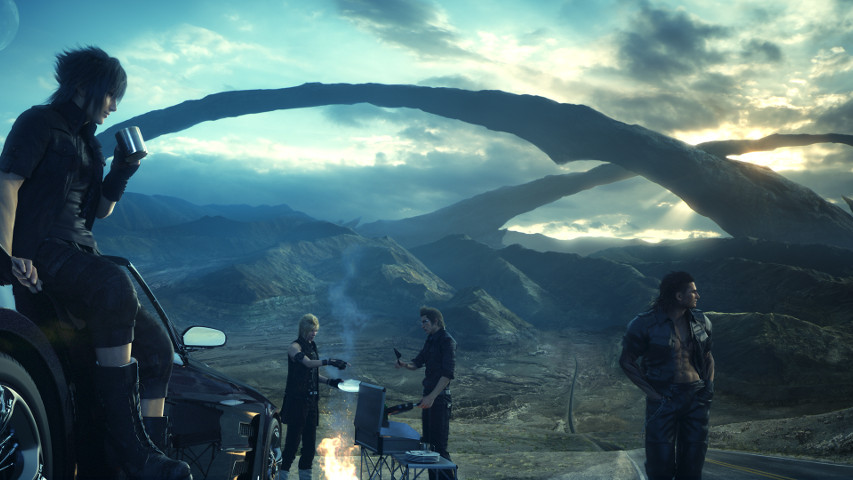 Deviating somewhat from its roots, Final Fantasy XV combines its elements of fantasy and regency with a modern, buddy-road trip aesthetic. Gameplay shares more DNA with Kingdom Hearts and Xenoblade Chronicles rather than its predecessors, with real-time combat and an emphasis on party collaboration. Cover systems and weather affecting magic also come into play, in a nod to Divinity. There are still Chocobos though, which is nice. 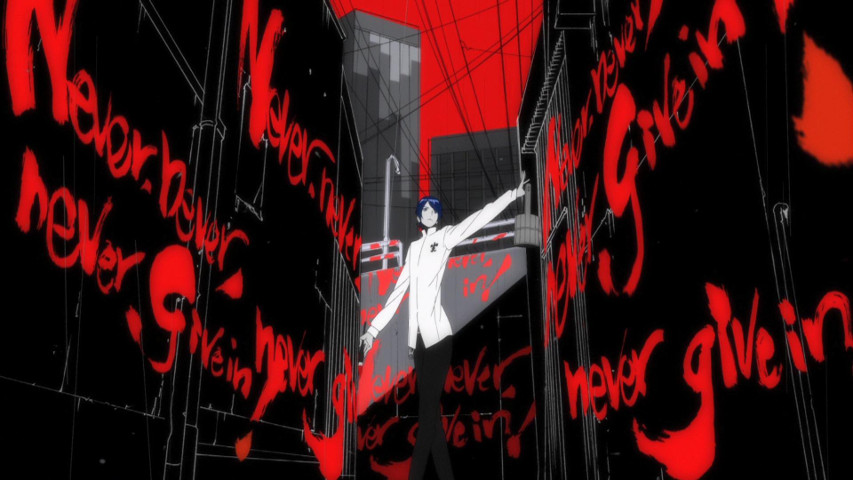 For any other developer or series, 6 years of development would worry its fans. Not so Atlus and fans of Shin Megami Tensei: Persona, better known as Persona to its friends. The over-arching themes of high school angst, mythical Personae, and fighting authority with violence and magic, are present and correct as usual. Sharp anime stylishness, acid jazz, and a big-headed cat complete the set. What more could you ask for? 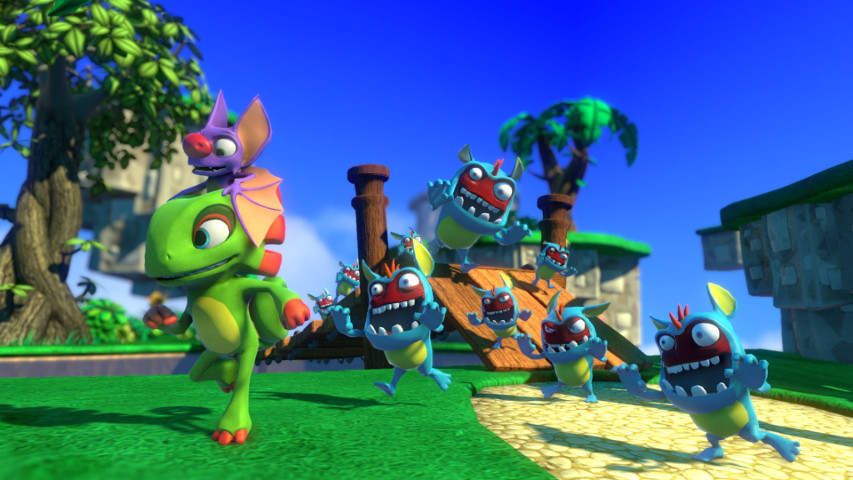 Cute, colourful throwback to collect-em-up platformers of the 90s such as Banjo-Kazooie and Donkey Kong 64, Yooka-Laylee wears its inspiration firmly on its sleeve, with an insistance on dragging the genre into the 10s with collectible gameplay modifiers, crisp HD graphics, upgradable moves and expandable worlds. Also, fart gags. It's like nobody learned from Conker's Bad Fur Day. 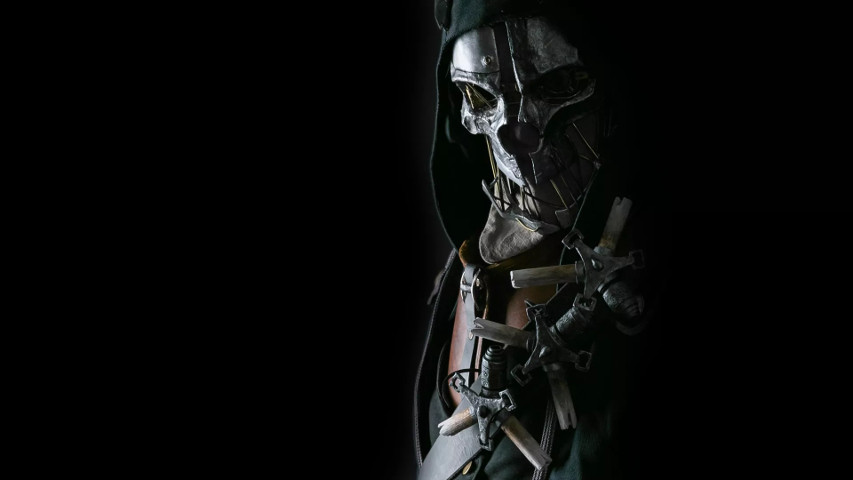 What do you do when you are developing a sequel to a stealth action-adventure title praised for its creative freedom in completing missions and applauded for its vivid, mecha-Victorian setting, but criticized for its weak endgame and inconsistent character behaviour? Double the number of playable characters? Improve the AI? Tease the fans with suggestions that there are three paths to finishing the game? I suppose you could do all that. 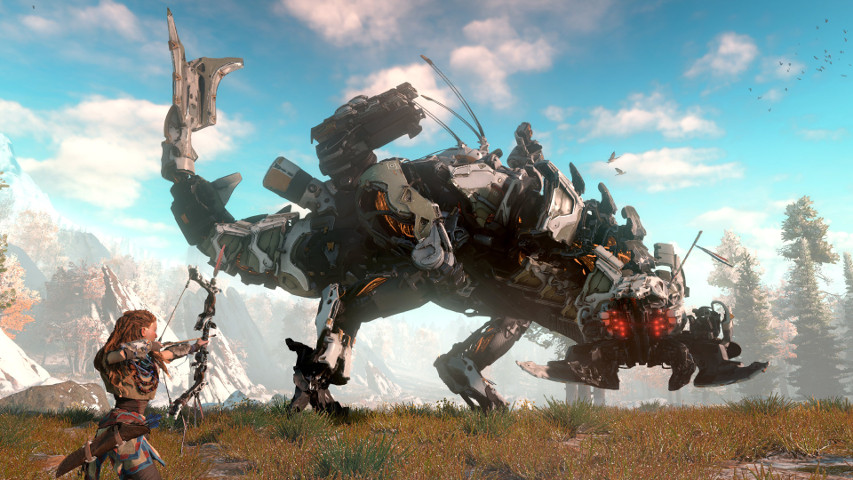 With no word on the release date of Guerilla Games' action role-player, Horizon Zero Dawn runs the risk of slipping into next year. Reportedly drawing inspiration from The Elder Scrolls and Assassin's Creed, but looking a lot more like Monster Hunter versus robotic dinosuars, the premise itself sounds worthy of merit, whilst we wait and see on the execution. 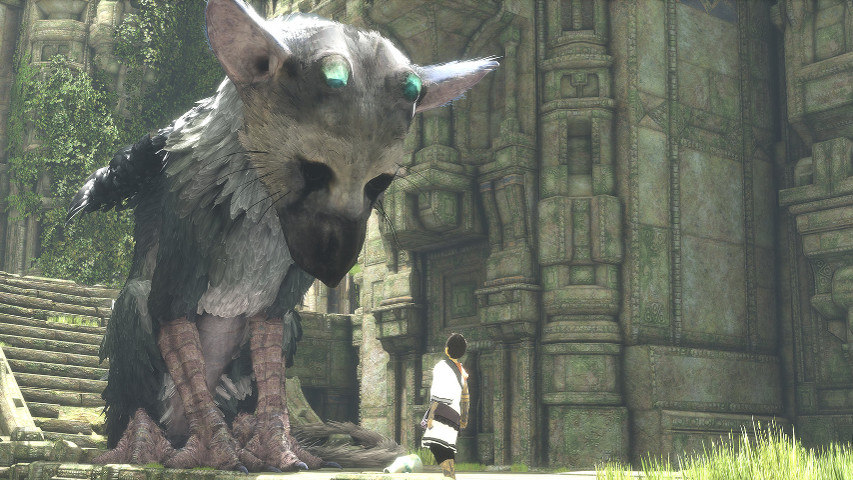 Also known as The Game That Refuses To Stop Being Developed, the long-awaited successor to cult hits Ico and Shadow of the Colossus began development in 2007. To give an idea of perspective, some of the big games that year were Uncharted (the first one), The Witcher (the first one) and Portal (the first one). Nevertheless, it took fifteen years to make Duke Nukem Forever, so although we hope for a release this year, it doesn't mean now or never. 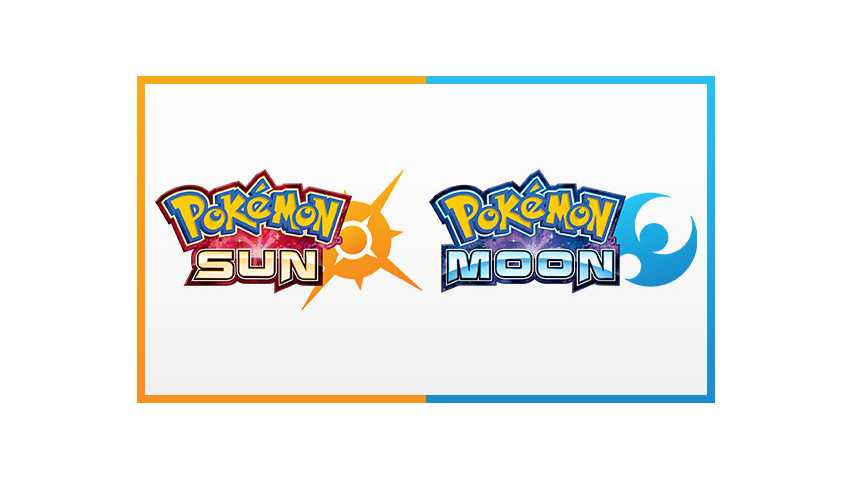 Game Freak's Pokémon Sun and Moon is due to be set in modern day New York, where an underground animal fighting league decided to attract new "customers" by allowing the submission of any animal you can capture. A desperate chase ensues as zoos are raided to capture the most ferocious animals that you can, to fight to the death, without attracting the attention of the authorities.

Just kidding. Expect cute, cartoony and colourful visuals and animals fainting, along with yet more addictive top-down RPG action, sanitised ball-oriented critter collecting and turn-based battles with more of a strategic, chivalrous nature, rather than bloodthirst and butchery. Also, there will probably be an electric mouse. 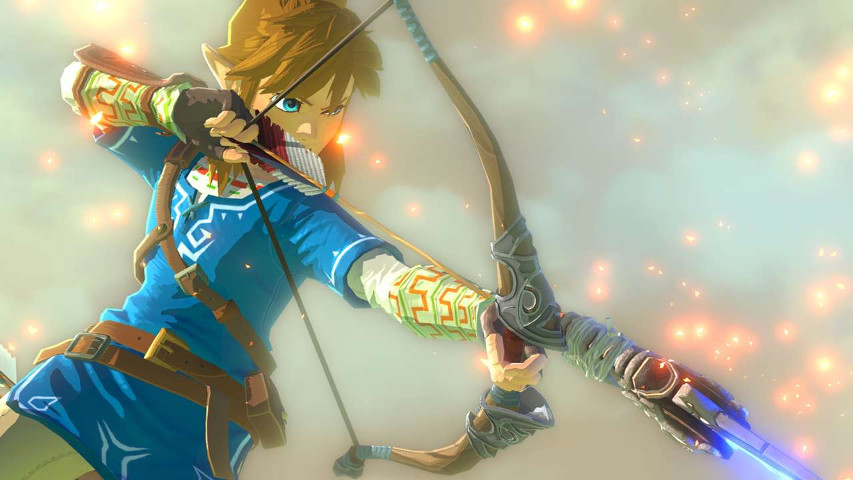 A game so tentative it is both yet to be titled and yet to be determined which formats it will release on (though the hot money is on a dual Wii U/NX release, drawing parallels from Twilight Princess' Gamecube/Wii dual launch) it would be fair to expect a Zelda title to have a slowly building inventory of weapons and gadgets, but somewhat surprising is a reported emphasis on free roaming, and a reformation of the usual formula of dungeons and puzzle-solving. Why not just go the whole hog and not even have a Master Sword in it, Nintendo? Jeez!