The Writing on the Wall: Warning Signs We All Should Have Seen

1:48 PM on 02.16.2013 (server time)    0
There's been a lot of buzz lately about the the release of Gearbox's Aliens: Colonial Marines and just how bad it is. From the laughably inept AI, the ugly and dated textures, horrendous voice acting, weak plot... I could write pages about the laundry list of problems the game has and this blog originally started off as just that, yet another scathing review of the game. Yes, it's a bad game. Yes, they spent six years developing this and you have to wonder where that time was spent. Yes, this has ALL been said by seemingly every critic under the sun. 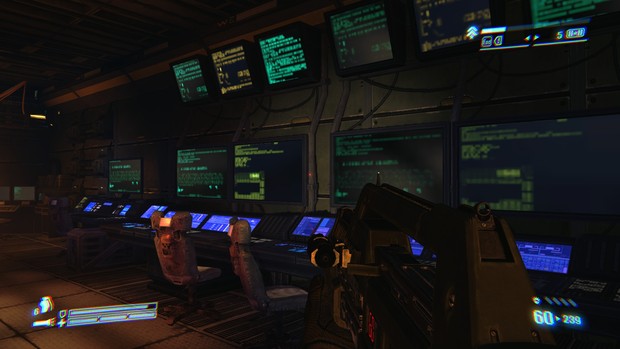 This is NOT what was promised.


Yet another warning came from the gaming press itself in the form of review embargoes. An embargo is an agreed upon time between the publisher and the gaming publication when information such as previews or reviews go live in return for early access to the game. The theory behind it is that an embargo will give journalists enough time to properly review a game or write a quality article without having to worry about being first to have the information on the web while publishers get to time information releases with their own marketing. Breaking an embargo can lead to a publisher cutting off all future access to their events as well as pissing off those journalists that follow the rules. Reading a bit deeper into these dates can give you a bit of insight into how confident the publisher might be in their titles. If a review goes early, say a day or two before launch, it can show the publisher has confidence in the title and hopes positive reviews will help sell more copies at launch. If a review is the day of release, or in the case of Call of Duty: Black Ops: Declassified a few days after, it can be seen as a lack of faith in the game on the publisher's end, hoping they can stave off poor reviews that might drive away sales. Most reviews I've seen for Aliens: Colonial Marines didn't go up until after midnight of the release date.

While all of these things on their own might not be enough to be worrisome, all of them combined should give pause to even the most die-hard fan out there. We should take the lessons learned from this to heart. The industry is full of embellishments and franchises who over-promise but under-deliver. From Fable to Dead Island we have all been sold one thing but given another in some way, shape, or form. It just hasn't been this bad in a long time. As publishers get more desperate to have each and every game a massive Call of Duty-esque blockbuster I only fear we will see more dubious marketing in the future. Hopefully now, however, we might be a bit more wise to it.

Capitalistpig211 dreams of working a desk job at Weyland-Yutani. You can follow him on Twitter @Capitalistpig21 and listen to his podcast GamePoints every Wednesday night at 8:30 PST
Login to vote this up!

Reach exceeds grasp. Not that I lack skill, I just have small arms.