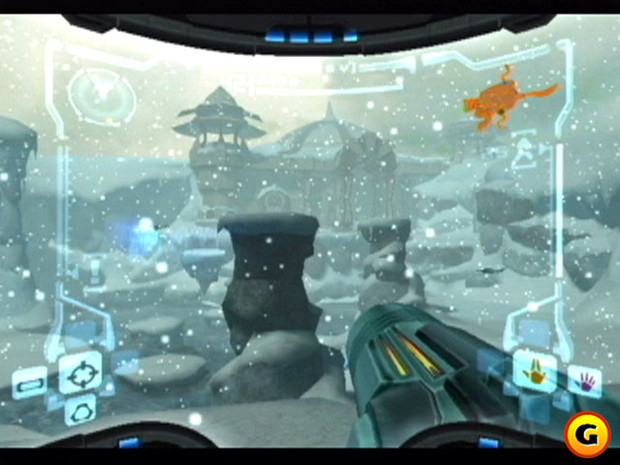 Found this for $7 in GameStop and thought I should give it a go. Glad I did. Metroid Prime is like one giant Zelda dungeon, except you have power-suit that you can upgrade to ridiculous levels, and there are a number of different environments. I'm glad that I finally picked this one up and experienced it for myself.

Played But Not Finished:

Viewtiful Joe (GCN)
Fun game, but I keep dying on the first level boss, and have to start the level ALL over, so I just quit.

Metroid Prime 3: Corruption (Wii)
Almost finished. I like it.

Blackthorne (SNES)
This game is interesting. Might do a write up on it later.

Mega Man X (SNES)
Almost finished. I like this game a lot.

The Legend of Zelda: A Link to the Past (SNES)
Gah, I need to just buckle down and finish this game. Still only at the first or second dungeon.

Final Fantasy VI (SNES)
I got really tired of the random battles on the world map. Chrono Trigger was much better.

Resident Evil 4 (GCN)
#Community
Login to vote this up!

Hi everyone! My name is Caleb. I'm living in Muncie, IN and currently studying graphic design at Ball State University. I am a lifelong Nintendo fan.

What I value most in a video game is a well developed atmosphere. I really enjoy being fully engrossed in another world. Some of my favorite all time series are The Legend of Zelda, Metal Gear Solid<, and Metroid. I also love games with big fun factors. I'm a huge fan of the Super Mario Bros series.