11:14 AM on 12.13.2013 (server time)    0
So, Nintendo! Again! Maybe you've noticed, but it's like I've been bit by the Nintendo bug or something. After my previous blog, I wanted to follow it up the next day with a "why Nintendo will stay in the hardware business" piece, but fortunately I came to my senses and spared the community the Nintendo overdose, not to mention a blog about an extremely tired and overused topic.

And then we had the NPD November report and my puny brain couldn't resist, so here I am again. Not sure why, but I've been paying way too much attention to Nintendo lately. Heck, in the past couple weeks I've found myself checking Wii U sales news with startling regularity, which is kind of depressing and more than a little embarassing.

I mean, I just turned 30 (happy birthday me!), surely there are more important things I could be doing with my important grown-up time instead of wasting time with the stupid "console wars" like a goddamn teenager? Like, say, playing videogames! Or taking better care of my stock trades and investments so I can be a big, manly, winner-man. Or helping my wife deal with her cancer. Or treating my myriad mental issues. Or losing weight. Or properly learning the freaking local language, because it's bloody embarrassing that I've been here 3 years and I'm still not fluent! Or focusing on my studies so I don't have a horrible semester (a great one is out of the question at this point) and don't betray the trust the University put in me when they accepted me or waste the mountain of Norwegian taxpayer money that is paying for my tuition.

While we're on that note, if there are any Norwegians reading this (or one of the many, many, many foreigners who saw in Norway's 3% unemployment rate a way out of the crisis in your home country and pay taxes here), allow me to say a heartfelt thank you. You money saved my wife's life with what looks like one of the best treatments money can buy, pays tuition for both of us and provides for my psychiatric treatment. I can perfectly understand if you're not happy that you're spending so much money on outsiders, all I can say, besides thank you and I'm sorry a billion times, is that I really, really, really didn't expected we'd be such a burden when we came, and I can only hope we'll be able to give something back and contribute a tiny bit to help make your country even better.

Ah, but enough of that. That NVGR stuff wasn't supposed to find its way here, but I guess I needed to vent a bit, so I'll let it stay. But don't worry, you came here to watch a Nintendrone work his magic and then proceed to join forces with me/show me the errors of my ways, and that's exactly what you're gonna get!

Alright, let's get to it, November U.S sales are in, and the obvious conclusion is that Nintendo is doomed! Doom mongers are even managing to spin the 770k 3DS sales as "doom evidence", believe it or not, but of course the main punching bag is the Wii U. Nintendo didn't release numbers (which speaks volumes in itself) and just said that Wii U sales grew 340% over October. Word on Neogaf is the actual numbers are 220k. Which I hear is less than half Gamecube levels, and more incontrovertible evidence of DOOMED!

Except it's not. I think those Wii U numbers are actually a very good sign. If you disagree, you're welcome to it, but you're wrong. Why are you wrong? Well, because I say so, of course. What? That's not enough? You want me to back that up with "arguments", "reasoning" and "data"? Man, what a pain... ok, ok, I'm getting to it. Gee...

First, it's important to put those numbers in context. It's already established Nintendo misfired with the Wii U (or at the very least they ruined a potentially good idea with atrocious execution). The Wii U is not going to be the next Wii, it's not going to win anything. The problems are too numerous to be reversed overnight, and there's nothing Nintendo can do about it. What I mean is that, even if they are now on the right course, and it looks like they are, the bottom was too deep for them to get out of it overnight. Nintendo will do their best to make the Wii U as successful as possible while they ready its successor 3 or four years from now, but they know by know it won't be their next huge hit. Which doesn't mean it can't be successful in its own right, maybe selling 40 or 50 million units. Perhaps even more, but I'm pretty sure Nintendo is no longer shooting for the moon.

More important than the numbers themselves is that the Wii U continues on the uptrend, and that seems to happening. Sure, it can be argued that November boosts everything regardless, but a 340% is not the norm, it is a sign of more consumers showing interest in the Wii U.

Selling less than Gamecube numbers in a November isn't the death knell, the death knell would be consistently selling those numbers. Even "famed Wedbush analyst Michael Pachter" says that we only really get a clear picture of a console's long term fortunes by its third Christmas on the market. And if the Wii U continues on the uptrend, that third Christmas could well look a lot better than the second.

In November 2007, its second holiday on the market, the PS3 sold 466k, aka "Gamecube level". However, on November 2008, it performed... even worse, selling under 400k. That was its third holiday on the market. Can you imagine the cacophony if the Wii U sells on that same level on its third holiday, or if it sells worse than the year before? Then, at last, on its fourth November in the market, the PS3 sold over twice as much and finally, to use Sony's favorite phrase, "hit its stride".

It took 3 full years on the market for the PS3 to take off, and so far it's sold 80 million units, with several more million on the way before it retires for good. And yet, after the very first post-launch quarter, the punditry was killing off the Wii U en masse, how does that make sense? Even now, it's the same song: too little, too late. Of course, just because past products struggled for years in the market before succeeding doesn't mean history will repeat itself, but it does mean it's not impossible. You'd think people who make a living writing about the game industry would't have such short memories.

The Wii U, following a very successful launch, had a terrible start, possibly the worst ever. At one point it was selling 2500 a week in Japan and 30k a month in the U.S. That's not a hole you get out of overnight, but so far it seems to be happening, slowly but surely. Those 2500 weeks in Japan seem to be a thing of the past, and performance is improving in North America as well. There's no tracking for Europe (newsflash: UK is neither Europe nor an accurate representation of the European market), which is where the Wii U has its worst performance by far (and that's saying something!), so we can't tell yet how things are faring over here, but retailer rumblings and Amazon Charts in places like France and Germany point suggest things are also improving over here. 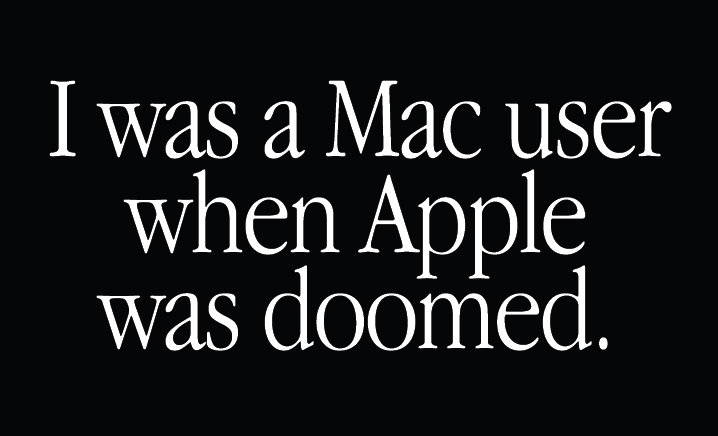 This holiday season has been painted as "do or die" for the Wii U (never mind that the PS3 was closer to the "die" than to the "do" part for 3 holidays, but I suppose a different logic applies to Nintendo), and that is true, to a degree, in that it will be extremely important, but it won't be make or break for the Wii U. Make or break will be the following year, when we can see how the Wii U is doing relative to the disastrous months of 2013. If a further price cut plus Mario Kart, which is far bigger than 3D Mario or Smash, doesn't push it above current levels, then yes, we can start its funeral, but I truly don't understand why so people are so impatient to see the Wii U and Nintendo fail. As Rob Fahey put it in this Gamesindustry.biz opinion piece, It's terribly sad, I think, that people who describe themselves as gamers or who work within or around the games business would take such pleasure in imagining the downfall of a company whose products are so squarely focused on the experience and joy of games - even to the extent where they will distort reality and wilfully forget history in order to "prove" the accuracy of their claims. Nintendo and its consoles aren't in the dominant position they enjoyed a few years ago, but they've been here before and they aren't going anywhere; why that fact seems to distress some people so much, I will never quite understand.

Another thing I don't quite understand is why my blogs always end up so much bigger than I originally expected :( I also intended to tackle the 3DS in this amazing editorial, but for the sake of sanity I'd better end it here. Maybe I'll come back later with the Nintendo Defense Force 3DS edition. Or Maybe not. If I don't, please try not to be too depressed.

Ah, the joys of the console wars!

Now, fellow console warriors and morbidly curious passers-by, it's your turn. Will you join me in defending honor, freedom and all that is right and just in the world? Oh, and Nintendo too? Or will you join the dark side and oppose me? Fire your shots in the comments!
Login to vote this up!