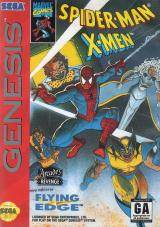 At least the cover art was kick ass

Back in the earlier parts of the 90s Marvel Comics was big. For you littler ones - it was like Grey's Anatomy big! Accept people didn't call you gay if you read comics. Actually, not true. Anyway, if you were a true believer AND a gamer the most orgasmic thing happened when they released one of the first super-hero games for a 16-bit system in "Spiderman and the X-Men: Arcade's Revenge."

On paper Arcade is arguably the lamest of all super-villains. He is a crazy guy that gets his enemies to play games...DEADLY games! Oh and they were ever so very deadly in this game as the magazine ad would show you. But when looking at that same ad as a young gamer you saw that you could play as Spiderman AND Cyclops AND Wolverine ANNNNND Gambit (yeah no love for Storm, tough). So when kids picked this game up they were practically comatose from excitement before they even got it in their console. 1 hour later they would still be comatose! Because the game is IMPOSSIBLE. 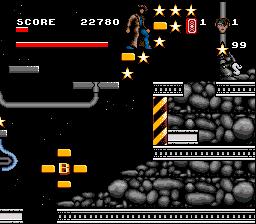 Gambit had no idea what he was in for

The game should say "you can die as one of your favorite Marvel superheroes!" Ultimately, the ridiculous level design and enemies shooting at you and just terrible powers you had would lead to your demise. Spiderman and the X-Men stayed away from each other for many years after that. They would reunite in Marvel vs. Capcom but were still mad and beat the hell out of each other.
#Community
Login to vote this up!