What'd You Get? - Birthday Cake Edition 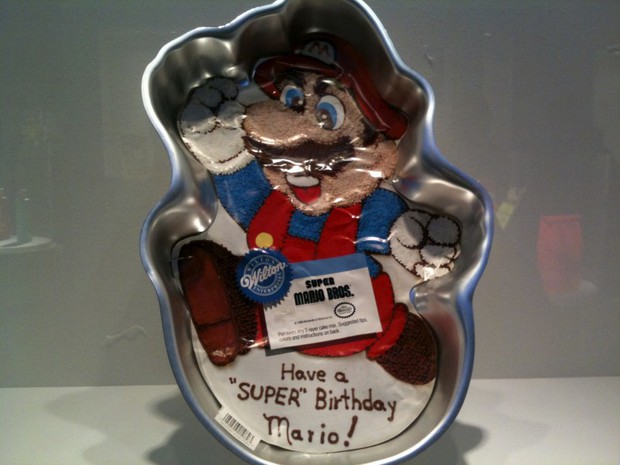 Welcome to yet another bi-weekly edition of What'd You Get?, the C-Blog feature where we all share all the cool stuff we got over the past two weeks. Why? Because it's fun to show off. But this week is important for more reasons than showing off cool stuff. It's also the week that contains my birthday, as yet I move another step closer to approaching an age at which point I'm considered unmarriable by society's standards. Yay!

This year, I'm hoping to get something like you see above. That's a Mario cake pan, in which you'd make a Mario cake. My parents used to have one, as I once received such a cake as a young buy, but I don't know if they kept it or not. I would hope they did and they're making me a Mario cake now for later this week, not going out to the store and buying one like last year. Thanks, guys. *sigh*

This week, I skipped getting stuff because it is my birthday week, and I'm not buying stuff just to find out someone else bought it for me. Plus, I have to save up for trips and stuff. You know, important things outside of video games. They exist.

So, this week, a big fat squadoosh on the getting things scale. Unless "getting excited for birthday time" counts. What'd all of you get?
#Community
Login to vote this up!