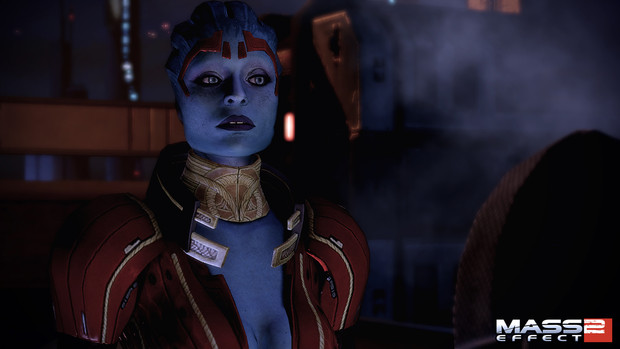 With Mass Effect's February 2010 launch date crawling closer, BioWare's unveiled yet another new character for their upcoming game. Introducing Samara, an Asari Justicar with some powerful Biotics and one heck of an attitude. Heck, in the character introduction video alone, she kills half-a-dozen other Asaris with relative ease. Her addition gives us five characters added to the Mass Effect family, with five more still to be unveiled, though it should go without notice that if you played your cards right in the first game and characters carry over, you'd have five team members coming with you into Mass Effect 2. Then again, BioWare hasn't said anything about how Mass Effect saves will transfer to Mass Effect 2, so who knows?

On one hand, she definitely fits the darker tone of ME2. That much is for certain. But on the other hand ... I don't want Samara as Liara's replacement. Liara's softness and her story were some of my favorite aspects of the otherwise gung-ho first Mass Effect, and with the other characters we've seen so far for the sequel, it seems like Shepard's getting a bunch of ass-kicking lone-wolf mercenaries who are the "acts bad but are really good" kind of character. I don't mind Samara's addition, but I don't want it to come at the expense of my #2 from the first game.