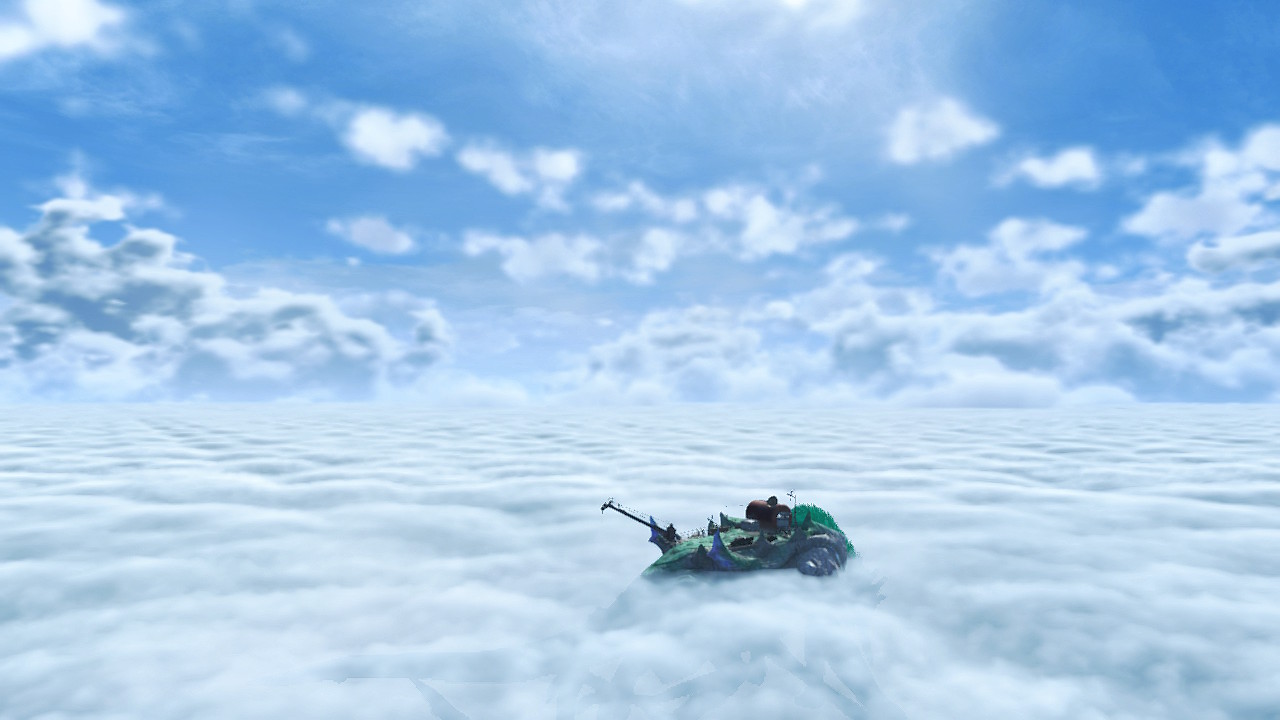 When I first saw Xenoblade Chronicles 2 marketed in 2017, I considered buying it for quite a long time. However, I was hesitant to purchase it because the combat mechanics and gameplay seemed confusing. Please note that I have never played any other Xenoblade title before. After I caved in and bought the game, I quickly realized I was wrong to be skeptical about it. The fascinating plot, enhanced by dynamic characters and challenging combat mechanics, focuses on the world of Alrest. The planet is covered by a sea of clouds and inhabited by giant Titans and humans alike. Some humans (referred to as “Drivers”) can summon magical combat spirits (“Blades”) in battle. The game follows the adventures of one Driver, Rex, as he accompanies his Blade to Elysium, her homeland. 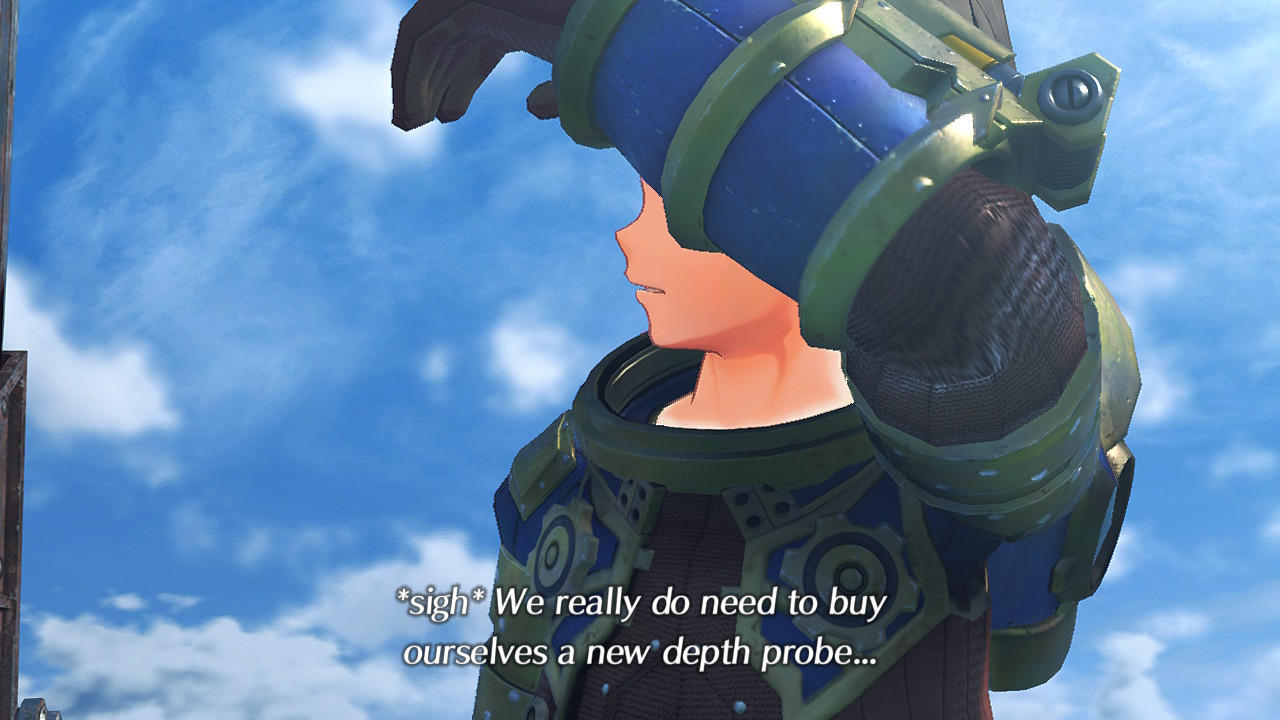 The opening cutscenes of Xenoblade Chronicles 2 introduce you to the world of Alrest with subtitles displayed by default. Yay! However, as the subtitles are white with a fine black outline, they are somewhat difficult to read during bright or light-colored scenes. I would have preferred a dark, semi-transparent background for the subtitles. The game also does not provide the option to alter the color or size of the subtitle font, and speaker labels are not provided during cinematic cutscenes. This can be frustrating, as deaf and hard of hearing gamers will have to scan characters’ mouth movements to see who is speaking at the moment, and cutscenes occur quite frequently during gameplay. Thankfully, the game offers speaker labels during in-game interactions, but I would have preferred them to be used throughout. 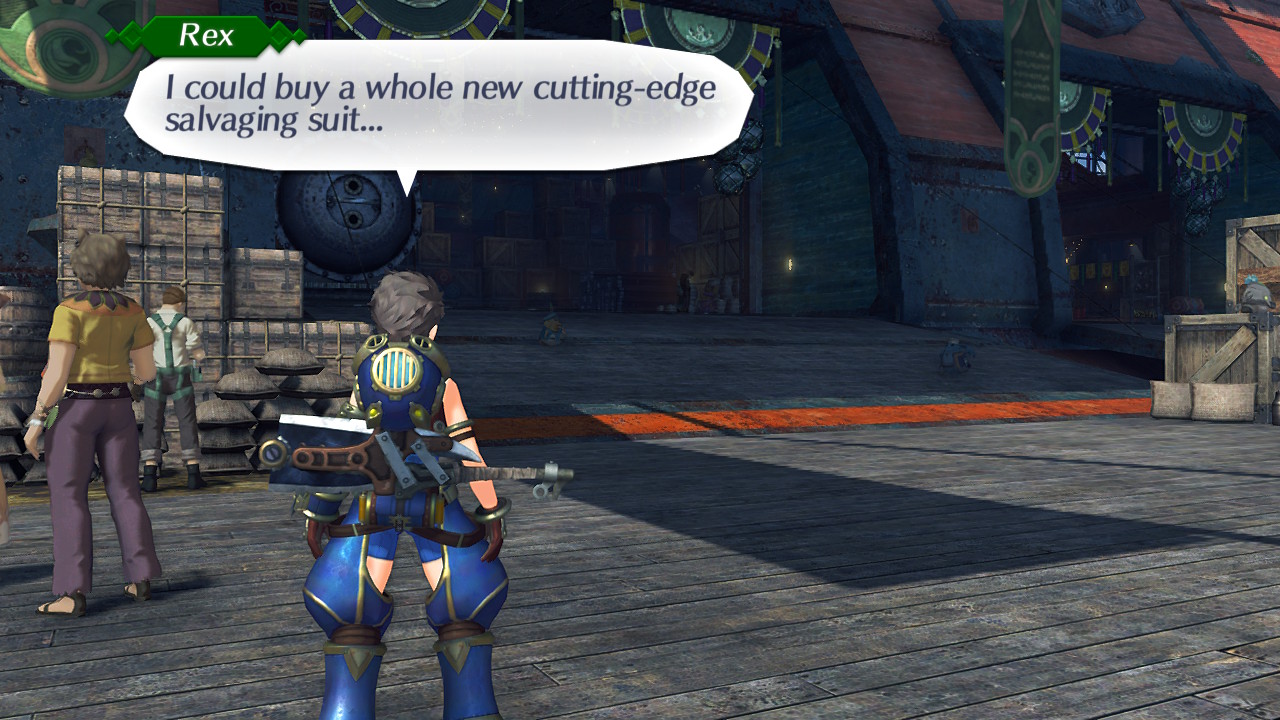 Subtitles with speaker labels are provided during interactions with Non-Player Characters (NPCs), but you cannot interact with every NPC. Subtitles are even used when NPCs are speaking to themselves, a cool feature that makes the game more engaging and appealing to deaf and hard of hearing gamers. While I appreciate the extensive use of subtitles in Xenoblade Chronicles 2, I was disappointed that the game does not provide them during combat scenes or for dialogue spoken between party characters outside of cutscenes and NPC interactions. For example - during combat, party members will shout various catch phrases like, “I could do this with a blindfold!” or, “This will be a walk in the park!” Likewise, if it gets dark when you are out exploring, Rex sometimes asks, “When did it get so late?” and another character replies, “Do we really have to stop and rest when we’re having so much fun?” I would have never known these conversations occurred if not for my hearing boyfriend. Without subtitles for these interactions, deaf and hard of hearing gamers may miss out on enjoyable dialogue, character development, or even hints that help with game progression. 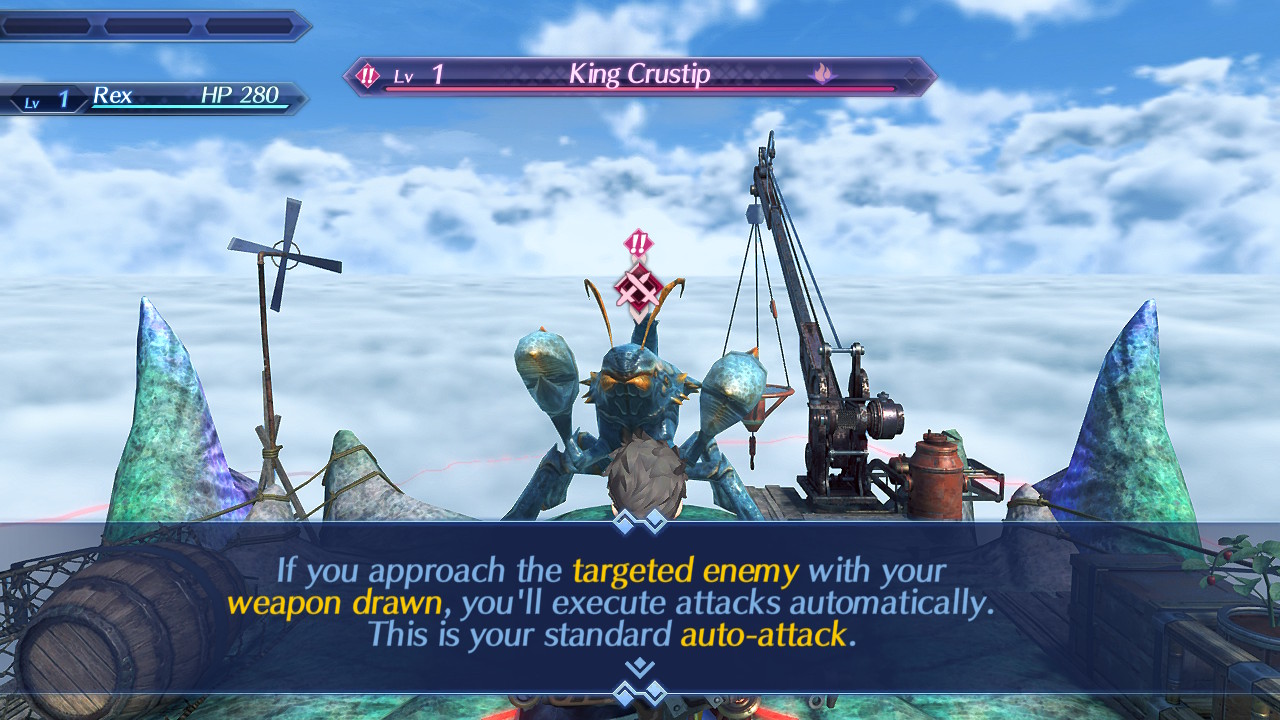 The tutorials in Xenoblade Chronicles 2 are more extensive than I’ve ever seen because the combat mechanics and skill progressions are so complex. In fact, tutorials continue almost halfway through the game. In terms of accessibility, the tutorials are generally comfortable to read. When a keyword is discussed, the font color will change to orange, ensuring you can identify the keyword and make progress in the game. 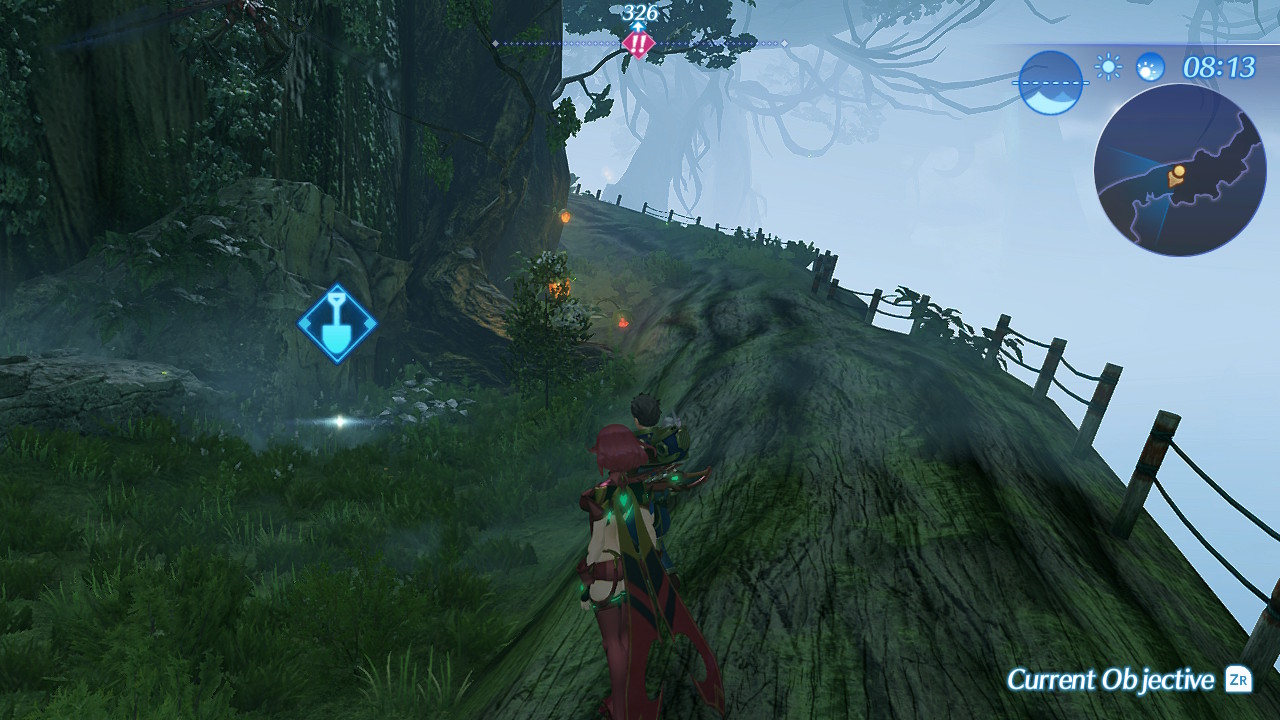 On top of helpful and accessible tutorials, the game also provides fantastic visual cues to aid with navigation and collection of various items. These visual cues are easily distinguishable from the rest of the environment and vary depending on the object or location they mark (e.g. dig site, treasure chest, ladder, etc). Specifically, the quest markers, which indicate how many steps and in which direction to go, are easy to follow and color coded (red - main quest, blue - side quest). These come in handy as the world continues to grow in complexity and the landscapes become larger, allowing little details to be overlooked. The collectible objects are important because they bolster the physical and magical stats of your characters, in addition to the main skills progression system. 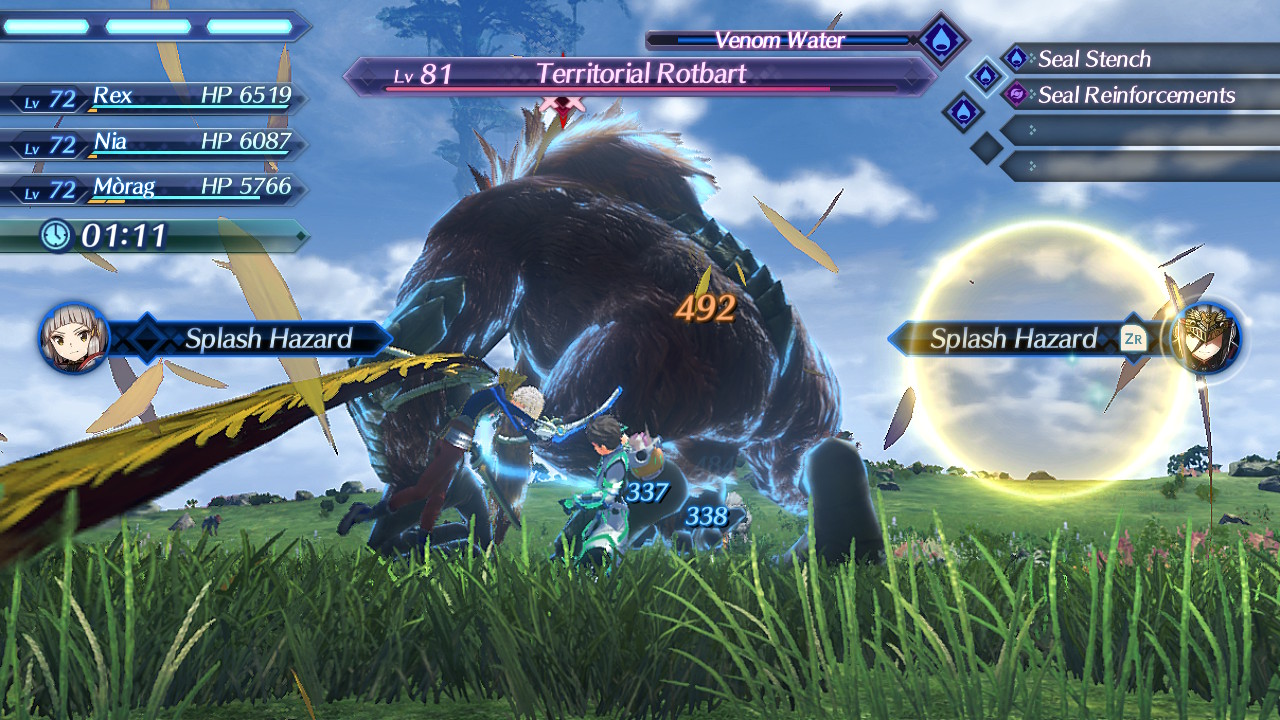 While the visual cues for exploration and discovery of collectible items are clear, I personally had trouble getting used to the cues provided during combat. Due to the complexity of combat mechanics, the game often uses various overlapping visuals, which can be difficult to distinguish from each other. However, after doing some level grinding, the cues become more helpful, allowing you to deal more damage with combo and elemental attacks. Another accessibility feature I appreciate is the use of specific controller vibration patterns when new skills or game features are unlocked. This comes in handy, as the game contains a lot of visual information that may be distracting. I found it nice having the controller vibration alert me to an advancement in the game. 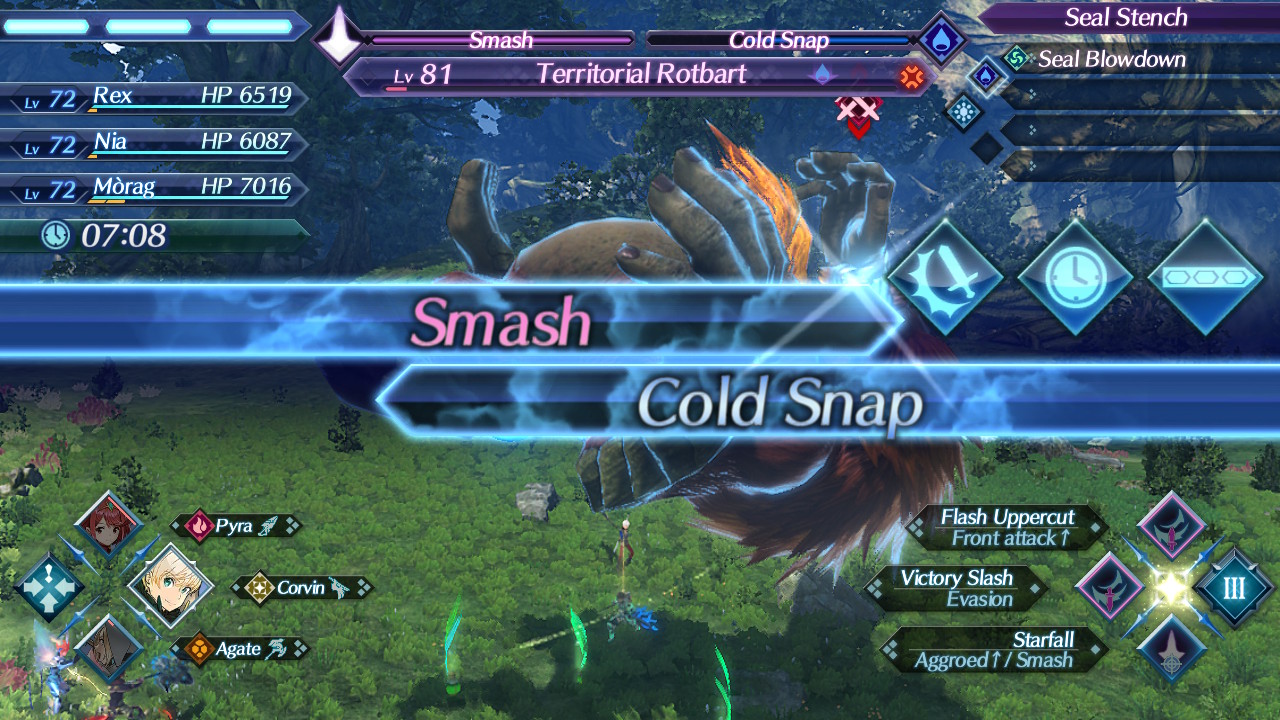 Overall, I am extremely pleased with Xenoblade Chronicles 2. The character development, story line, combat system, and accessibility features allowed me to have an enjoyable and immersive gaming experience. The subtitles are on by default, cover most of the dialogue in the game, and are comfortable to read. Likewise, the easily distinguishable visual cues and controller vibrations are helpful when navigating the game. I recommend it to anyone who enjoys spending hours level grinding and exploring. The world of Alrest provides such lush environments, engaging personalities, and captivating local lore, that it instantly hooked me from the opening cutscene and never let go.