I'm never going to get into politics or the clergy, so I can say this freely.

I'm assuming you do too, otherwise you're still holding out hope for my cblog where I talk about religion in Japan (which might actually happen...)

But today's entry is all about the dirty shit.

Japan, aka Smut Central, is a hotbed of kinky pornographic delights to entice your libido. 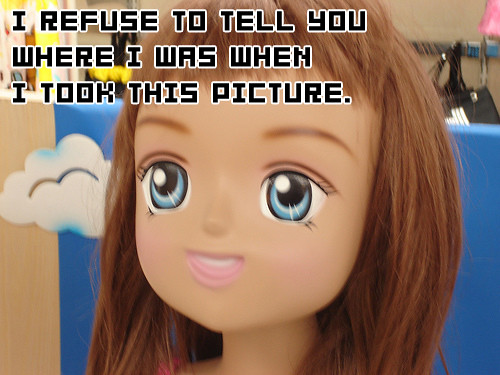 Japan censors everything below the waist.

Your best shot at seeing any va-jayjay in this post...

In fact, most japanese assume the vagina looks like this until they have their first sexual encounter.

This picture is actually unbelivably pornographic...

Want a place to screw?

They're all over it.

Basically, they're a buncha pervs. Not that there's anything wrong with that.

Lemme tell you something, you sick fuckers... You do NOT talk your GF into doing Fido and then shoot it. NO.

I guess they just ignore it better than I did.

Frankly, seeing a Japanese chick covered in natural body hair was not something I had high on my priority list of "things to see when in Japan", but that all changed at some point.

To run a short gamut of weird shit there, I'm going to throw out terminology which I will leave up to YOU to go google, as defining what the act entails may be illegal in your state.

I pondered this one night when in Kyoto. I hadn't actually intended on going out looking for porn, but I'd never been to Kyoto before and kinda wondered to myself where you'd find it hiding in such a conservative and low key city such as Kyoto. In the US, it's pretty difficult to track it down. You usually have to go to a specific store, knock three times, do the hokey pokey for 10 minutes, go to a different store, then go past a beaded curtain made out of bible scriptures, and then you have Playboy videos out the wazoo... Provided your state allows that. 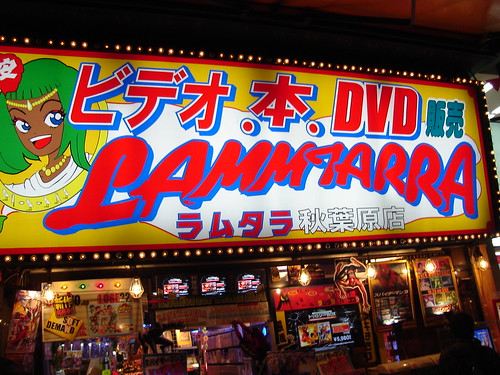 This place in Akihabara? Every damn floor. 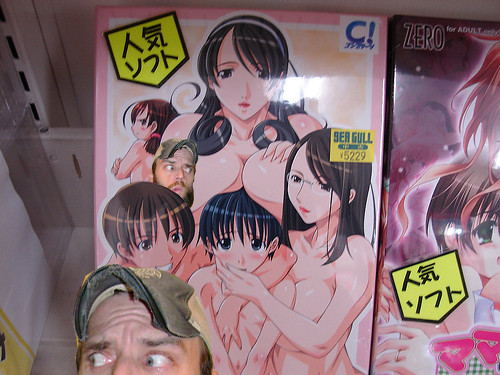 I PROMISE THIS WASN'T IN A CHRISTIAN BOOK STORE...

In my case in Kyoto, they have a store chain there that specializes in used shit. Games, music CD's, books, etc.

200Y will net you a 1,200Y magazine guys. Think about the logistics of that. If you can manage to get past the vomit inducing image of you holding some other dude's spank material, you get $10 off retail!

Now to more pressing issues. Let's say you're loaded with cash and you want to seek out the services of a nice young lady for the evening.

They got you covered there too. According to what I discovered through really old forums, you have to find this book thing, full of whores, pick out the one you want, and be prepared to do everything business wise in Japanese.

Just in looking around, I managed to find one of these books. What I'm about to show you... Guys, I'll level with you. I can't sink this low.

If you're into this kinda thing, great. More power to ya... But, it's... if I were desperate enough to ever seek out the services of a whore, I'd make damn sure get a real person to do the job. Renting a doll seems just that much scarier and sad.

Anyway, with all this mess behind us, we can focus on more prurient aspects of Japanese culture. If anyone has any questions, please forward them onto 4chan as they all act like sick shit like lolicon and futanari are totally normal.
#Community
Login to vote this up!