12:45 AM on 09.29.2012 (server time)    0
It's been a long time, but Sly Cooper is back. This time it's been made by Sanzaru Games, instead of Super Punch. The last Sly Cooper game came out in 2005 for the PlayStation 2. It's been nearly 8 years since the last proper Sly Cooper game. There has been crossovers with PlayStation Move Heroes and PlayStation All-Stars Battle Royale, and the Sly Cooper Collection which is a HD re-release of the first 3 games, but never a full blown sequel.

Sly Cooper: Thieves in Time is exactly what you want out of a Sly Cooper game. It's got tight controls, a great art style, and fun gameplay. The demo isn't long and it isn't difficult as well. It does provide you on how the gameplay works. In the demo, Sly has to go through a trapeze act to find a fellow raccoon. Not much of the story is told, and it features the original voice acting of the original games. 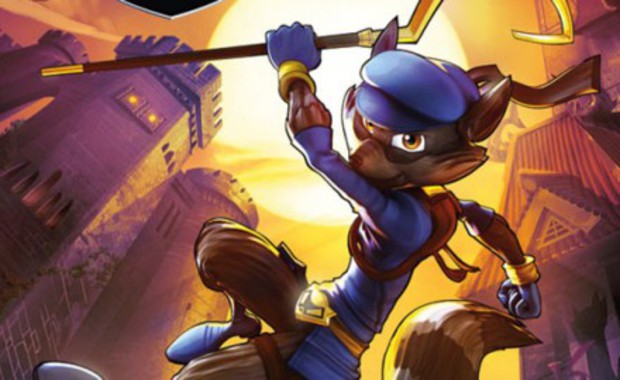 One of the new things that is added to the game is costumes, only one costume is provided in the demo, which is a Robin Hood type. You can fire arrows with rope at the end of them, so it will help you cross large gaps. Each costumes is said to have their own special ability. You can even do all of Sly's original moves with the costumes on. If you played the past Sly Cooper games before, then you know how the controls will be. You can jump, shimmy, sneak, and swing your way around the map. The demo is incredibly short. It takes less than 10 minutes to finish it, and if you are hit, the game will rewind back a little bit and dock some of your health back. So, if you end up falling off a large gap, you won't die outright, The game will reset you back, kind of like Prince of Persia.

I'm not sure when the demo will be released into the public, but you can get the demo with the Ratchet and Clank Collection. If you are interested in Platformers, Sly Cooper: Thieves in Time is worth a look if the demo is ever released. If it doesn't get released, at least I know that the game is worth a playthrough. Sly Cooper: Thieves in Time is scheduled to released in February 5, 2013 for the PlayStation 3.
Login to vote this up!