You cannot go all crazy without reason. If you do, then all that insanity you have planned goes out the window is it becomes repetitive. Thankfully for Saints Row IV, the crazy antics this game has is fully within reason. After wrapping up a story line from Saints Row The Third, The leader of the Saints becomes President of the United States. As he heads to the Press Lounge to clean up a mess about something he or she said, aliens attack the White House. The alien leader Zinyak kidnaps the President and his or her staff that includes Shaundie, Kenzie, Pierce, Ben King, Vice President Keith David, and a few others. While the story and the situations you a put in are over the top, it is told rather well. All these characters are fleshed out. 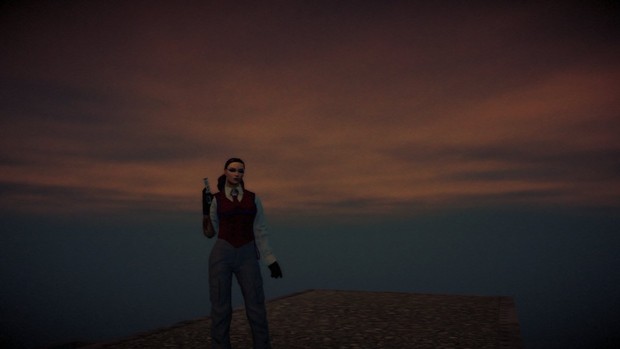 You Can Be A Guy Or Girl.


If you played Saints Row before, then you know that mixing your own playlist over Saints Row IV's radio stations is back. Gliding around with Aerosmith's I Don't Want To Miss A Thing is something I did not know I want. As simple and easy as it is, it is one of my favorite moments of gaming this year. I went with songs I know and like. Biz Markie, OutKast, Presidents of the United States, and even Haddaway was in my playlist. The best part is that you do not even need a car to listen to the soundtrack. Which is good because once you get your super sprint ability, the vehicles becomes useless. Once you max out the super sprint ability, you can knock them away causing them to explode.

The same goes for weapons. Except for a few story missions, the weapon I used the most was the Dubstep Gun. It may be a joke, but once you max it out, it is no laughing matter. You can beat most of the game with this one weapon alone. Different skins bring in different tracks. The default track was the one I used. Every gun has a different skin, and the coolest thing about it that a few ties into movies including Aliens and No Country For Old Men. There is even a powerful, hidden gun related to Men in Black.

The big question however. Should you buy it? I would say yes, but not yet. There is 40 hours of content here, but the main story itself is not that long and there is no carry over. You cannot transport your past skill into a new game. This means you would have to find all the clusters all over again if you want to get the most out of your abilities, and there is over 1000 clusters spread throughout Steelport.�

If you do end up buying it, please buy it new. While it is perfectly fine to have games like The Last of Us, we all need to remember why we play games to begin with; Fun. It is not perfect, but it is an entertaining game. While most studios want to be serious and be like movies, they seem to forget that movies can be dumb fun also.
Login to vote this up!