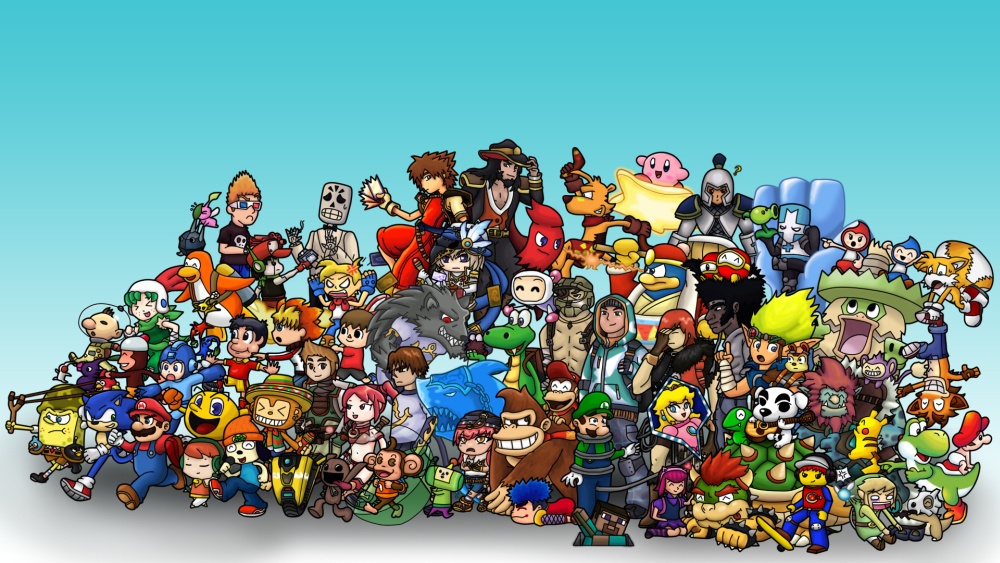 That was terrible and I should apologize. I won't, but I should.

So, hello again Destructoid. It's been a long time. Like, 3 years long. An amazing amount of shit can happen in three years. I'll hit the high points:

I lost my computer. I lost my grandfather. My girlfriend and I started living together. I went from being an unemployed college student to working out of the food and beverage department at a major resort. We got two cats. I got a driver's license. I got a truck. I joined the next gen. I started what I hope will be a magnificently expensive (and extensive) firearm collection. I discovered a love (nay, obsession) for a wonderful concoction called "bourbon", though I admit I liked it before, I just got enough money to really try some good stuff. I went from food and beverage to security at the same resort, which is now what I do for a living (a wonderfully colorful job which has some... interesting stories). The girlfriend is now my wife. Our wedding colors were Renegade/Paragon and everybody who was in on the selection had to wear their Shepard's respective color (I was the only Renegade. Someday I will convince one of them to convert). Somewhere in all of that I found little snippets of time to play videogames.

So that's my last three years in a horribly insignificant sounding little paragraph which does not even remotely describe the actual impact of any of those things. (Also, I like parenthesis!)

Now we come to why I'm back despite having less time than ever to indulge in videogames, which have been a vital part of me for about as long as I'd care to remember.

Like the last three years, there's a lot behind these words, but here's the simple version:

I missed it. I missed Destructoid, I missed games, I missed community, and maybe more than anything else I think I missed writing on a regular basis. So I suppose I'm back for selfish reasons and I'm hoping that wherever Destructoid has gone in the last three years, and whomever makes up the rank and file these days, will enjoy my rambling, babbling, two parts esoteric vocabulary one part obnoxious videogame snob three parts wikipedia blogging style. I'm also hoping to see some old faces, I'm sure there's some still around writing up a storm. No doubt I've got a lot of catching up to do, which brings me to my next paragraph.

I've got a New Years' Resolution and it runs a little bit counter-intuitive, but hear me out. I want to play less games next year. Now, don't get me wrong, I played some really amazing games this past year, and I wouldn't trade a moment of those experiences for all the gold in Fort Knox, but I also wasted an abysmal amount of money on games I frankly knew I wasn't going to play, knew I wasn't going to like, but I picked them up because, hey, I wanted to try to keep up with the industry and what was goin' on that week. Then, as my collection grew, I started to find myself wondering what the point was. Why did I buy so many games that I didn't even have the time or the interest in? I didn't have an answer. I still don't, but what I did discover is, I want more out of my games than I got this past year.

So the goal of this blog of mine, for the great year of two thousand and fifteen, is to buy fewer games, and take a lot harder look at what I enjoy, and what I want out of a game. And while I could definitely make that journey of self-discovery entirely on my own, I think I'd like to share it with an audience. You know, for fun and also possibly to have a teeming mass of unforgiving people who don't know me well enough to feel bad when they smack me back into line should I start dropping into bad old habits. While I'm at it, I also want to showcase some of the other things I intend to do with that surplus of money I won't be spending, though I'm going to do my best to link those things and experiences to videogames in some meaningful way.

That's pretty much it. Uh... anybody want to bring me up to speed on the last three years for Destructoid?