6:28 PM on 04.25.2011 (server time)    0
Conflict: Desert Storm. How many of you have played it? I hope every last person who reads this blog has played that piece of shit. It was one of the worst games I've ever touched. Looking back on it now, I can say without any reserve or doubt, Conflict: Desert Storm sucked hairy bull balls the size of goddamned coconuts. And I loved it.

For those of you who haven't played this awful gem, the Conflict series started here, mired in mediocrity, stiff animation, lousy controls, bad voice acting, crawling with game stopping bugs and some of the most awful AI you ever imagined there could be. Each successive game did its best to preserve this legacy of shitty design, the same as its predecessors; one great big lineage of failure. Somehow, all of these terrible things came together to form a perfect storm of crap, the final product being by some miracle of ingenuity or blind luck, enjoyable. Like, bad movie night enjoyable. Street Fighter: The Movie enjoyable.

Conflict: Desert Storm and I met in 2003. My best friend had picked it up on impulse, because we were both military mad at the time; any game that revolved around soldiers was a sure bet for our collective library. We also had a hunger for any game set in the desert, because we enjoyed anything that centered on an environment like our own. Jungles aren't something you find in Arizona; at least not any jungle you've ever imagined. Rolling hills, lots of rocks, and lots of little plants that can get right fucking unpleasant if you brush up against 'em. To me, that's home, and Conflict: Desert Storm delivered on all fronts for us. The last nail in the coffin was a lengthy co-operative campaign, a delight, because we'd both been playing SOCOM: U.S. Navy SEALs and felt the absence of true tactical cooperation. We had no idea what we were in for when we spun the game up in his PlayStation 2.

What followed was two solid years of aaamaazing memories. (See what I did there?)

I honestly can't tell you much about the game now. I don't remember a lot of specifics about it. What I can recall are at least two dozen moments of glorious stupidity, bugs, and various good-but-bad ideas that will forever mark Conflict: Desert Storm as one of my favorite games of all time. So, for your sick voyeuristic pleasure, I give you some of the grand highlights that still make me laugh, years after they occurred.

The first go we had at Conflict: Desert Storm was surprising at the least. The opening mission starts off one player humping through the environment to free the other. Interesting, but it leaves one player out of the loop completely. So, while my buddy was learning how to play, I was puttering around doing nothing and waiting for release. This led to some stupid mid-level problems with controls in which I accidentally took a knife to my poor friend. I don't remember how that happened, exactly, but I vaguely recall trying to read the instruction booklet while he tried to fight off half the Iraqi army single-handedly. He retreated back toward me and I promptly gutted him. This friendly fire discovery led to a little game we played within the game.

During the course of a mission, you can use medkits to heal the soldiers up and revive fallen allies if you reach them in time. The time you're given is generous, and it was the first time I ever played a game where you could revive a fallen ally, and if you weren't fast enough, you could lose a comrade forever. If you lost them, a new version of that "class" would be assigned to your squad in the next mission. Keeping the original soldiers alive had added benefits, leveling up their skills and changing certain dynamics of the game. Our little game within the game was simple and stupid; one of us always used every medkit we had, while the other hung onto them. When we reached the end of the level, there would be a knife fight that served as a kind of coin-toss. If the one with the medkits won, he revived the loser and on we went to the next level. If the one without medkits won, we were off to restart the mission. This stupid little game within a game was one of the ways we were able to extend the lifetime of Conflict: Desert Storm far beyond its own meager offerings. I can still hear the dumb giggling as we each shot our AI buddy, circled eachother, jockeyed for position, and struck.

The revival system and the desire to keep our original team alive led to a lot of other amusing moments. More than a few missions were restarted because we lost somebody, but two incidents in particular stand out in my mind.

Earlier, I mentioned that the AI is appallingly bad. Allow me to elaborate this for you, dear reader. In the cooperative campaign on the PS2 version of Conflict: Desert Storm, each player is given control of two characters. The original team of four in the single player is split right down the middle, with each player taking responsibility for two soldiers with different skillsets. I had the Sniper and Demolitions, my buddy had Assault and Heavy Gunner. In order to facilitate stealth in some segments, we discovered it was best to force a Hold Position order on our respective AI flunkies, and go it alone.

About a third of the way into one mission, we encountered such an opening for a little stealth operation. It wasn't until we were almost finished that I discovered I hadn't told my second character to return to formation and keep up with us. Some boneheaded Iraqi soldiers had shown up out of the blue and were giving us the business, so rather than the safe and time consuming way of switching to my alternate and walking him to us, I ordered an immediate regroup. Two minutes later, my little AI buddy was screaming out for help, in need of a little quick and clean videogame surgery by way of a convenient medpack. We figured he'd gotten ambushed somewhere along the way by a group of enemies we missed.

I doubled back to look for the body and give him a little pat on the back to keep him going, but I couldn't find the runt. Something was screwy about it, so I switched to him, only to find that my order to regroup had completely wrecked his positronic brain. His need to return to my location overrode his desire to live, and he plotted the quickest course to me available: a strait line that walked him right off a cliff to his death. We couldn't get to him, and I was already thoroughly sick of the mission from winning the knife fight coin toss on our first run, thus forcing a restart, and then backtracking and then wandering aimlessly for five minutes trying to find my wayward robot companion. By that point we agreed his death was out of sheer stupidity, and even a rookie would be a drastic improvement. We were wrong, by the way, there was no improvement to be had. 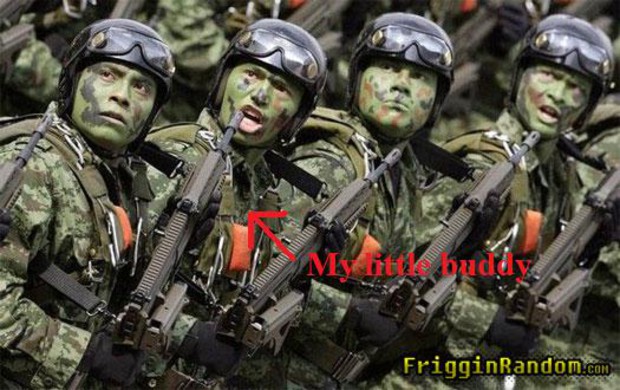 I laughed so hard I cried. I can count on one hand how many times I've laughed that hard in my entire life. The pressure of my neck, my own blood, and the convulsion of my lungs nearly made me black out. My whole body seized up and I fell helplessly to the floor in incredible pain, unable to stop. This fucking game made me ROFL. An awful embarrassment I have never been able to live down.