The (Possible?) disconnect between players and their avatars

12:25 PM on 09.12.2012 (server time)    0
This is something that I have recently began to take an interest in when I was playing Left 4 Dead 2 in an online versus match. In Left 4 Dead very often players have to make decisions that determine the fate of other players, and I was tasked with that decision. I decided to let my teammate die in order to make it to the safe house by myself. Granted, I was doing it so we had a chance of winning, and the player I let die would respawn the next round so it wasn't a lasting impact. But I had still sacrificed this player to help myself. In my mind I thought, �Screw this guy, I want to live.� 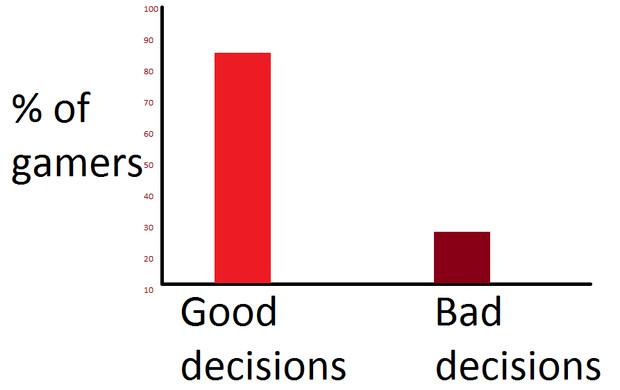 The general trend seems to be that gamers only have a relatively small degree of separation from their avatars. This degree changes with each type of game played and how meaningful the game makes the actual decisions. So the next time some guy leaves you to strangle to death in Left 4 Dead, know that he would probably do the same in real life if it meant his team would win.
Login to vote this up!

My first console was the Nintendo 64 but my first experience with video games was with Doom. My dad would let 1 year old me sit on his lap and play it. From about then on I have harbored a healthy affection for gaming (it's totally unhealthy). I enjoy most types of games but I have switched from just a player's standpoint to a more analytical position. I am currently working on a research paper for one of my college classed that ask the question of video game's validity as an art form. I major in film studies but that may switch to some form of writing.