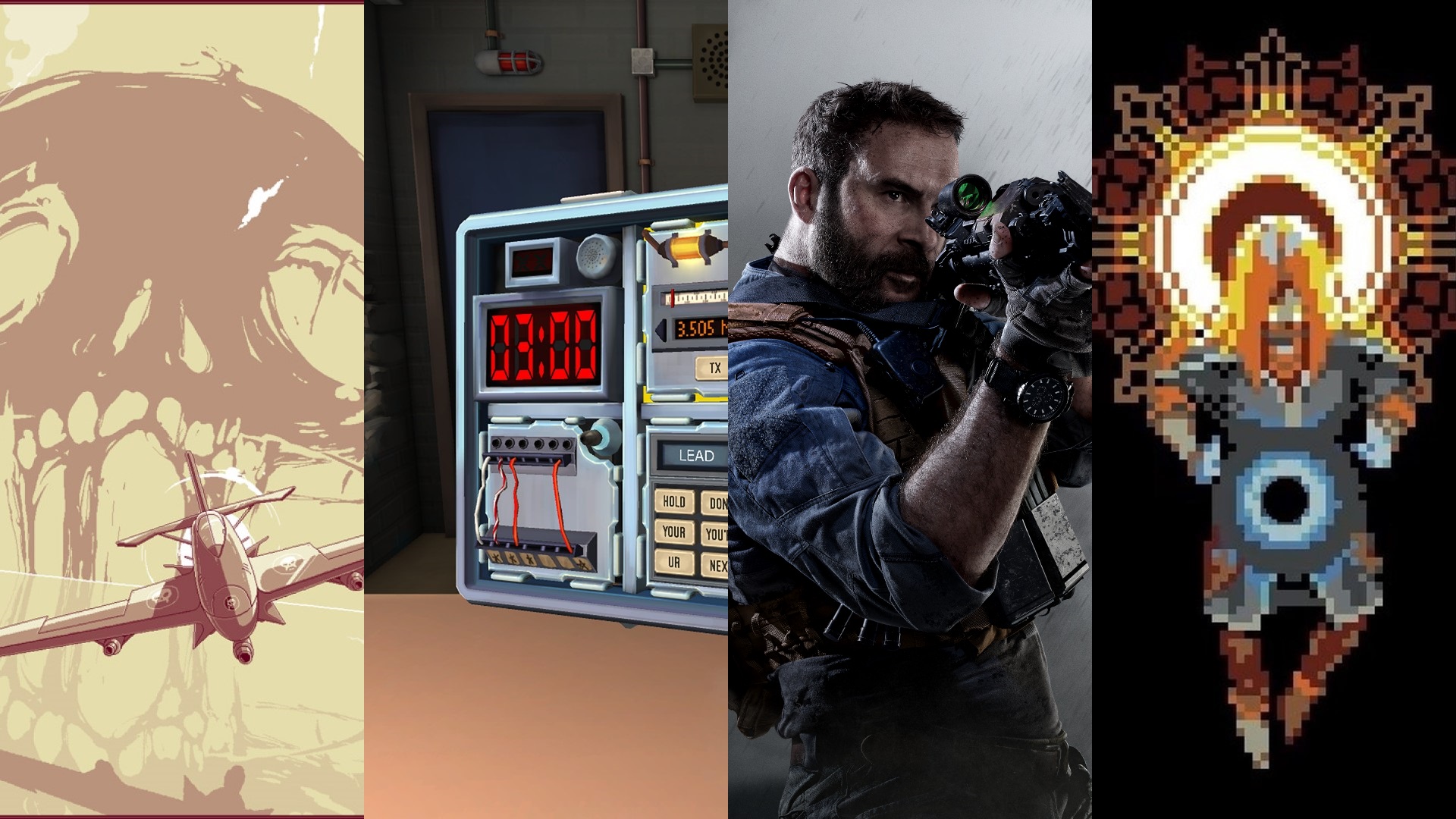 Welcome to a new set of entries into the BRG Collection. The rest of the games in my ongoing list can be found here or at the bottom of this blog. With that said, here are entries #45-48.

It’s sometimes nice to go back to the classic arcade formula, and Luftrausers shows how it’s done. Its gameplay, while simple, is addicting with its 360 degrees of movement, various types of enemies, and combat mechanics such as regeneration when not shooting and stalling the plane to line up shots. The game also allows for a lot of customization with its weapon, hull, and engine, and each plane variation has its own name and slight variation to the music. Behind the simple arcade gameplay of Luftrausers is an addicting and replayable experience that yet again shows that Vlambeer knows how to make great score attack games.

The best part about defusing a bomb are the friends made along the way, and Keep Talking and Nobody Explodes certainly shows the forming or breaking of relationships from it. By separating the instruction manual from the bomb defuser, the game forces communication and strategy as to how to defuse the bomb. Both roles play an equally important part in the objective, and both roles are equally fun. Whether it be a casual party or two friends getting serious into the puzzles and strategy, Keep Talking and Nobody Explodes offers a unique experience that can be played time and time again.

Call of Duty releases every year, so how does the series shake things up within that release schedule? 2019’s Call of Duty: Modern Warfare answers that question by overhauling the series while keeping to its roots, which results in one of the strongest Call of Duty titles yet. A new engine, larger lobbies, highly customizable weapons, and a bevy of smaller mechanics complements the game’s more tactical approach to gameplay, which especially shines in the singleplayer campaign. Modern Warfare set a new standard for the Call of Duty franchise, offering major improvements while highlighting the franchise’s best parts.

It’s easy to compare games to other games as a point of reference, but Loop Hero isn’t an easy game to compare to. Instead, it takes mechanics and ideas from multiple genres and mashes them together into something unique and enjoyable. Traditional strategy is thrown out the window as instead of fighting monsters, the game is about spawning them. What starts as a simple circular walking path ends up being a whole screen filled with terrain, monsters, and structures meant to challenge the hero while not killing him. Loop Hero spins strategy in a new way that feels fresh and satisfying from beginning-to-end.